Women in the Woods Presents: Michele White of Tumbling Trout 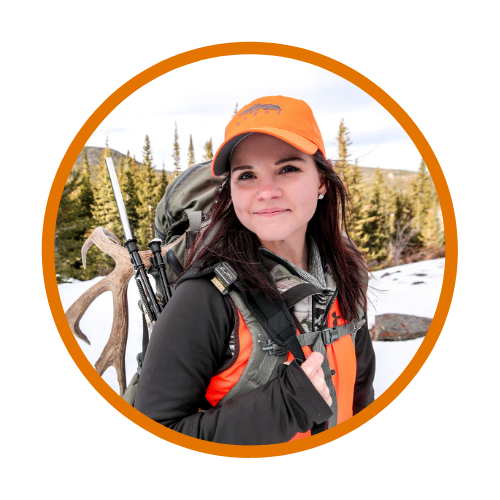 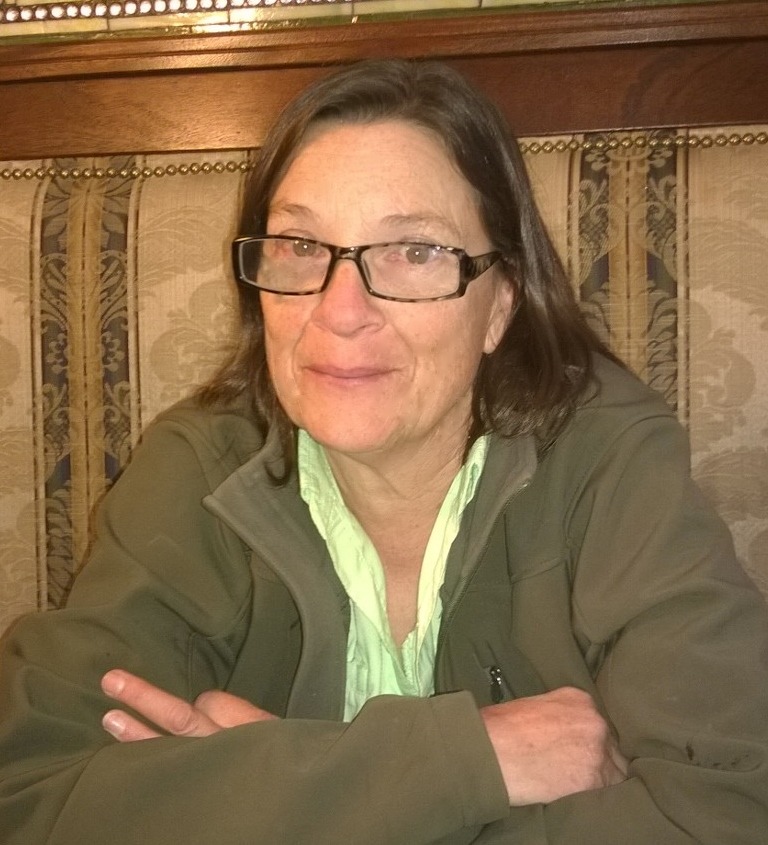 Michele White is an author, conservationist, and the owner of Tumbling Trout Fly Shop in Lake George, Colorado. On the surface Tumbling Trout appears to be a traditional fly-fishing outfitter. It is easy, then, for the typical patron to overlook the winding path to its inception After growing up in Aurora CO, Michele set out for New York with her bassoon in hand to pursue a degree in music. It was there with a goal of fine arts in mind, that the seed of a different art form took hold. After meeting a geologist during her studies, Michele soon realized her inherent passion for the outdoors. She added a bachelor's in geology on to her musical endeavors, moved back to Colorado, and ultimately earned a master’s degree in the geology from CU Boulder.

After college Michele became a Geographic Information Systems Operator, which brought her to Victor Colorado. Here she met Doug White, whose passion for fishing and love for the outdoors created a strong bond with Michele that later led to marriage. Doug built Michele a custom rod, geared her up from head-to-toe, and took her on a fishing trip in Idaho where they picked up a new dory and spent most of their days on the water. Michele’s experience fishing within the US is rivaled only by her global endeavors. While her GIS career took her from the tropics of Indonesia to the subarctic in Northern Finland, her love of fishing went along with her. Along her travels, Michele built a fly-fishing portfolio that many can only dream of.

Life continued along this path until 2015 when, at age 57, Michele discovered a professional fly-fishing course offered Colorado Mountain College in Leadville. She decided it was time to explore a new career, so she signed up and excelled. After completing the course, and with her extensive resume in tow, Michele reached out to several fly-fishing shops to explore employment opportunities. Many did not understand the value and experience she brought to the table and so, in 2016, she decided to go her own way.

Michele not only found a 450 square foot lease within a historic log building in Lake George, but also a group of local women who came together to remodel and develop Tumbling Trout into the business it is today. Shirley Logan, a local carpenter and personal friend, helped strip the garage-style shop and repurposed scrap materials into one-of-a-kind displays. One of the signature pieces in the shop is a handmade fly bin that uses muffin pans and magnates to display local favorite fly patterns. That first year Michele worked every day except Easter and Christmas to make her business successful. While learning the local waters, she discovered that publicly available information on land boundaries, trail locations, and local fish populations was severely lacking. While compiling the information for herself, she realized that others would be interested in it as well, leading her to publish "Lesser Known Fly Fishing Venues of South Park.” 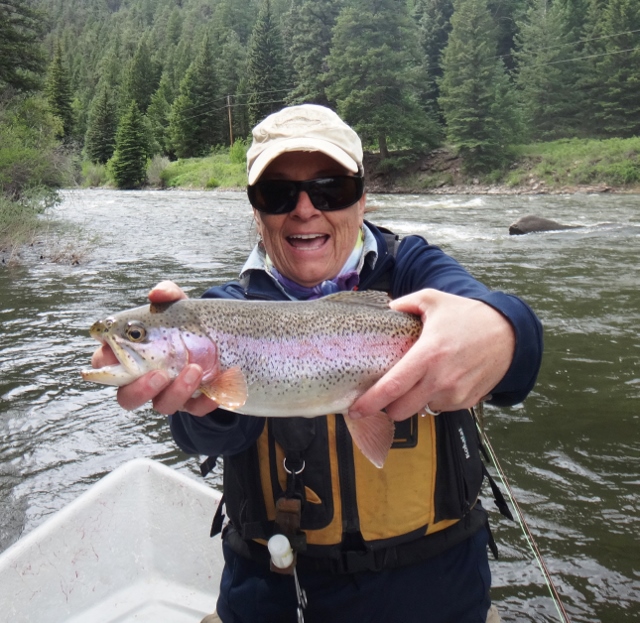 In addition to traditional fly fishing, Michele is a certified Tenkara guide. Tenkara is a traditional Japanese style of fishing that requires a stealthy approach. The idea behind this style is to tantalize fish by presenting the right pattern to their lair. There is no reel or casting, so it makes it an ideal method for older generations who may need a less strenuous method of fly fishing. Michele has special fondness for guiding seniors because in exchange for her expertise, they share their life experience. It brings her great joy to help seniors catch a fish, especially when they believed their fishing days to be over.

When Michele is not writing, guiding, or in the shop, she is an avid volunteer serving as the V.P of Education for the Pikes Peak Chapter of Trout Unlimited (PPCTU). Part of her service includes facilitating youth programs such as “Stream Girls”, which is a collaboration between the Girl Scouts of America and Trout Unlimited to teach young women about conservation and river habitat, and “Trout in the Classroom", which teaches children the importance of water quality and conservation ethics as they raise rainbow trout from eggs in an aquarium funded by PPCTU. In addition to youth outreach, Michele participates in several conservation and restoration projects, with personal priority for protecting the native reproducing population of Greenback Cutthroat trout in Bear Creek and Jones Park located in El Paso County, Colorado. Above all else, Michele finds joy in helping people find a place they feel centered. Michele believes the actions we take today will shape our future, and we are all capable of leaving a legacy to be proud of.

Michele embodies the BHA mission of protecting public lands and waterways. She is a true conservationist, and a great resource for providing people of all demographics with confidence to get outside. Unfortunately, we can’t get outside as much as we’d like right now, but it never too early to start planning your next day on the water. Join us on May 13th for a Webinar on “Lesser Known Fly-Fishing Venues in South Park” which details access to overlooked stretches of public land to target your next lunker. Michele will share her knowledge, answer questions, and entertain us with some fish tales to hold us over until our next stint on the water. RSVP HERE

About the Author Chyanne Davis

Chyanne grew up hunting and fishing in the woods and waters of Missouri, but soon realized her passion for the Western United States after visiting Wyoming for an SCI conservation camp. In the spring of 2016, she moved to Colorado, where she pursued a bachelor’s degree in wildlife conservation and management from Western Colorado University in Gunnison. Throughout her time there, she realized that her passion for hunting/fishing inspired others. Upon graduation last May, she decided to pursue careers that communicate through public outreach, as well as a master’s degree in organizational leadership. Today, Chyanne enjoys learning how to hunt and fish in Southeastern Colorado, where she volunteers with the regional BHA chapter.

She started hunting with her boyfriend, now husband, and said, “We will generally go out at least once per year casually for each small-game species, but big game is where the action is.” Kassi also enjoys fly-fishing for trout in alpine lakes or streams/rivers, but when time is short she’ll throw spinners out in local reservoirs. She joined BHA during 2015, started volunteering in Idaho and currently lives in Lafayette, Colorado.