The following article was written by NM BHA Secretary/Treasurer, Peter Lupsha, with the aim of describing the evolving meaning of backcountry. 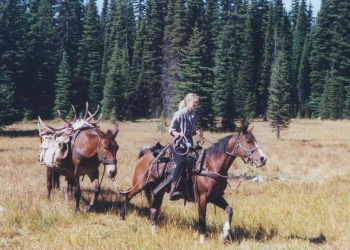 This topic has been discussed in the Journal and round the campfire on more than one occasion. Backcountry in New Jersey, Delaware or most of the Middle Atlantic States differs from backcountry in the Rocky Mountain West. And, backcountry in Alaska is, of course, is in a class by itself.   It is conceptually easier to think of backcountry in these latter regions than it is East of the Mississippi. Yet it exists there.

Backcountry also differs through time. Daniel Boone’s backcountry was different, although perhaps only slightly, from Jedediah Smith’s or Jim Bridger’s. But by the 1870’s , “the end of the Frontier”, it had changed. And, by the late 19 century and that of the early 20th’, backcountry was in need of protection. Men like John Muir and others had to leave their beloved backcountry, for politicking and Washington. Thankfully, President Theodore Roosevelt heard and understood the need for backcountry preservation and conservation.   Today we face many of these same challenges in a world where backcountry and wildlife are increasingly being monetized. So we too, too often, must leave the bush to fight for it against “progress”, technology, and greed.

So, what is backcountry?

Backcountry is not just physical space or point in time; it is traditional values and a state of mind. Backcountry is solitude and silence. It is a place of wildlife, mammals, birds, fish, amphibians and insects. It is slow and natural, foot travel and the anticipation of the unexpected; a personal challenge and adventure. It demands planning, preparation, physical fitness and endurance. It demands the four “P’s” of a good woodsman (patience, persistence, perseverance, and practice).

So, backcountry can and does exist in Connecticut and New Jersey, Ohio and Indiana, Florida and Mississippi. Its face and form may differ, as does its extent. But its there, and those who hold traditional backcountry values in their hearts can find it.