As a stakeholder group, BHA has voiced support for H.R. 972 citing the benefits to wildlife and habitat connectivity as well as the potential to access approximately 150,000 acres of formerly private land with the possibility of hunting being allowed. For more information on BHA's comments on the proposed Western Riverside National Wildlife Refuge, check out our blog post from last year.

BHA remains committed to advancing legislation that will balance urban development with the conservation of critical landscapes, however we are also working to ensure the voice of the hunter and angler is not lost throughout this process and we have been meeting with coalition partners as well as congressional offices to make sure your voice is heard.

We have expressed concerns about the new map that was introduced with the Senate bill, which expands the acquisition boundary from the previous ~150,000 acres of private land to ~350,000 acres of both private and public land that includes several existing hunting areas popular to sportsmen and women in Southern California. The new boundary incorporates ~20,000 acres of the San Jacinto Wildlife Area, one of Southern California's most popular duck hunting destinations, in addition to ~30,000 acres of BLM lands and wilderness where hunting is currently allowed. The acquisition boundary outlines the maximum boundaries of which the US Fish and Wildlife Service can acquire lands to be incorporated into the refuge. However, this does not necessarily mean those lands will be incorporated into the refuge, or that refuge lands will have hunting access removed. We have voiced our concern and will continue to work with coalition partners, the US Fish and Wildlife service and congressional representatives to ensure that any potential refuge designation does not unwittingly result in a loss of public hunting or fishing access. 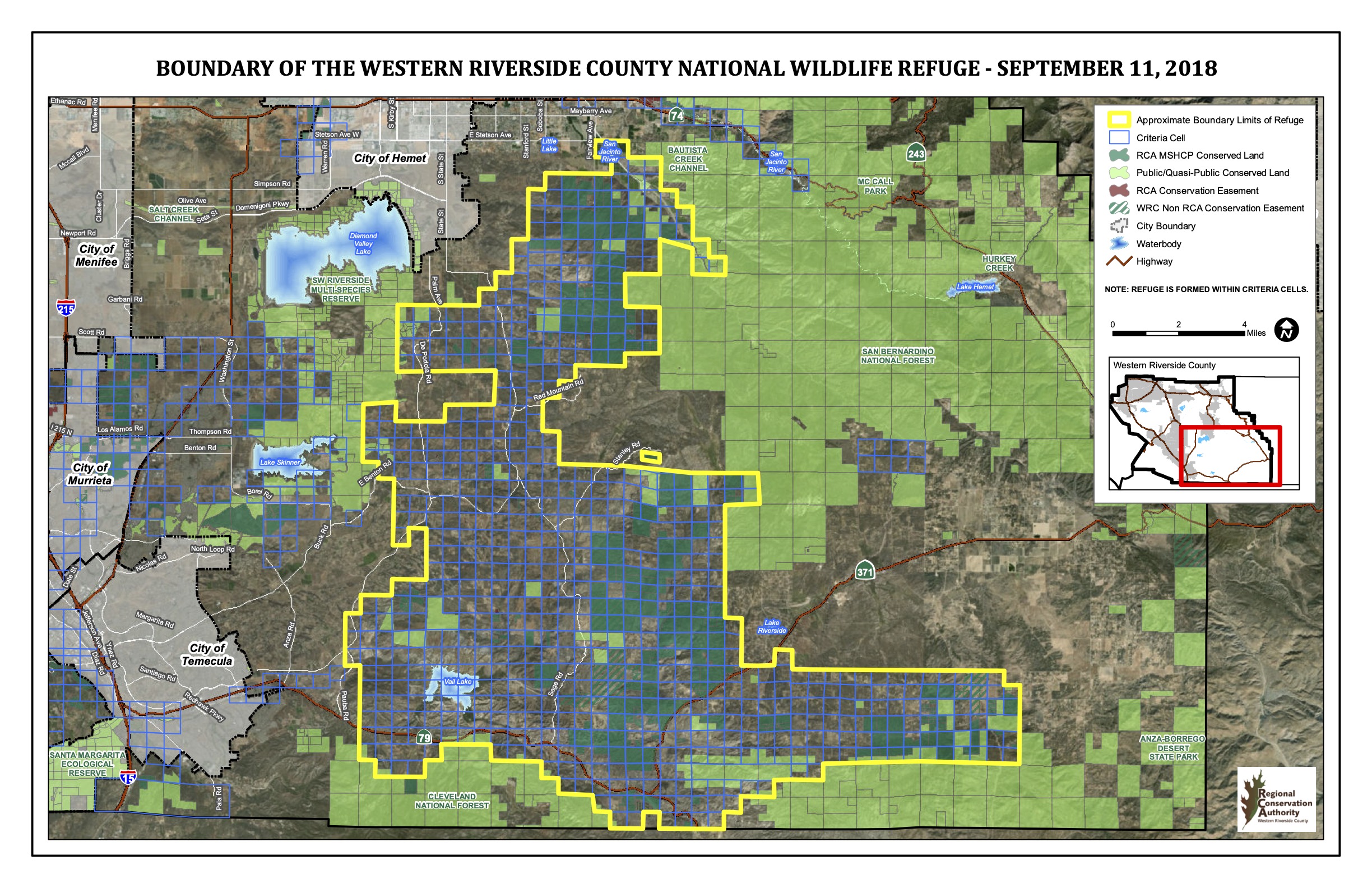 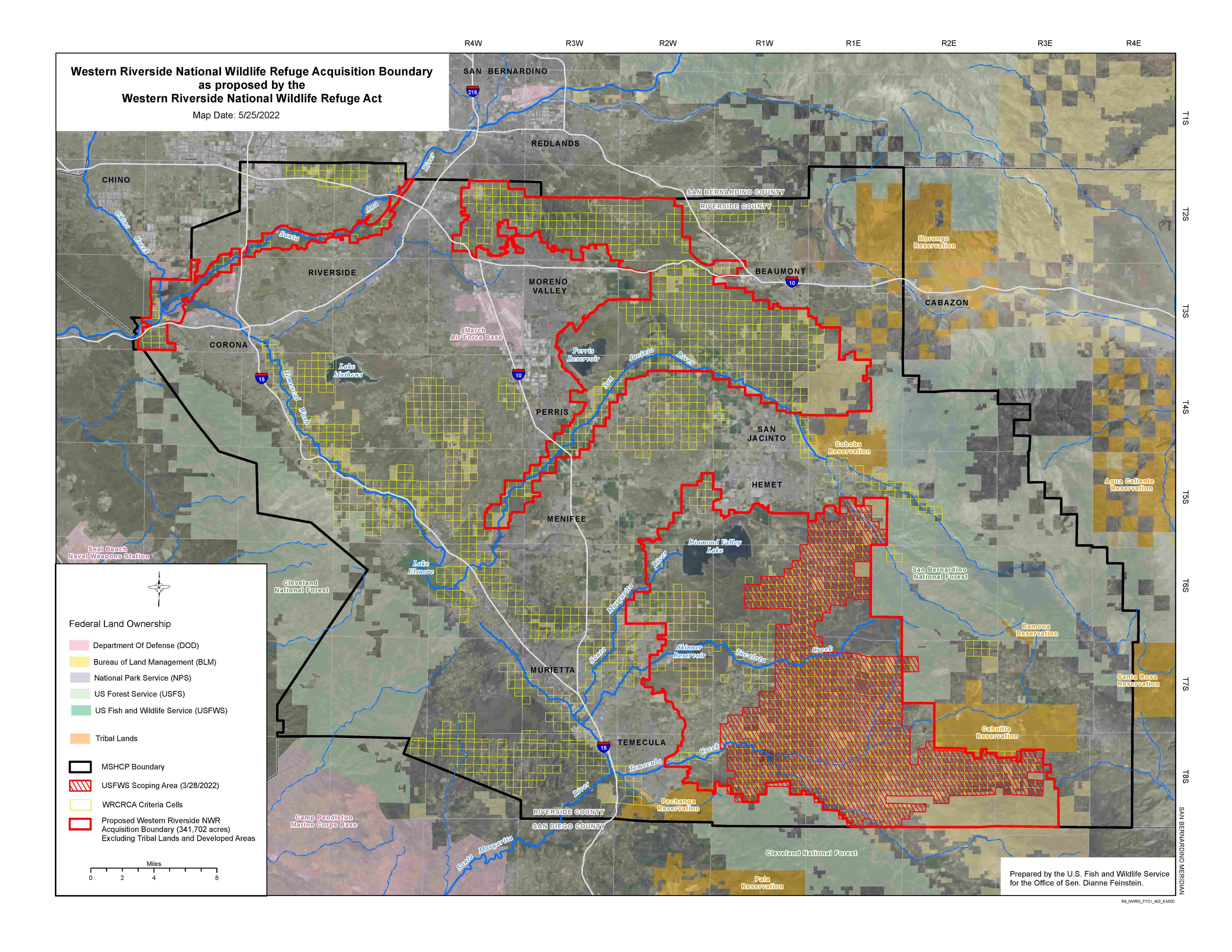 BHA has long stood behind and championed the National Wildlife Refuge System, and we continue to work on National Wildlife Refuge expansions across the nation where it is strategically beneficial for wildlife habitat and access. Since the inception of the first wildlife refuge in Florida’s central Atlantic coast in 1903, the system has been instrumental in conserving lands for fish and wildlife while providing public access for hunters and anglers at the same time. Nearly a hundred years after the first refuge was created, the National Wildlife Refuge System Improvement Act  established guiding principles for the areas and identified six refuge-compatible recreational uses: hunting, fishing, wildlife watching, photography, environmental education and interpretation. This was an attempt to reform the system and support fish and wildlife that were being adversely impacted by mining, off-road vehicles, airboating, waterskiing and military aviation exercises. It also codified the importance of hunting and fishing on wildlife refuges and in the congressional record it was reaffirmed that:

“It is the policy of the United States that where a proposed wildlife-dependent use is determined to be compatible on an individual refuge, the activity should be facilitated," U.S. Fish and Wildlife Services

Hunting is allowed on approximately 75% of refuges across the Nation, however only about 25% in California allow for hunting access. While we recognize that hunting will not necessarily be a compatible use on every wildlife refuge, we will continue to engage with the US Fish and Wildlife Service, congressional leaders and stakeholders to ensure that hunters and anglers continue to have a seat at the table. BHA remains committed to advocating for both landscape level habitat conservation and public access for ALL. To learn more about our engagement on this issue or to connect with the California chapter please send us an email.

Here is the legislative text for the Western Riverside National Wildlife Refuge Act: