Weigh In On the Ambler Road By Nov 4

Another chance to weigh in on the Ambler Road (Deadline: Nov 4)

Calling all Alaskan hunters and anglers who value wilderness, caribou, and sheefish! An additional public comment period is open until November 4th for you to have your say on the Ambler Road.

The Bureau of Land Management has opened a “scoping” period to guide a Supplemental Environmental Impact Statement on the road. The Department of Interior acknowledged shortcomings in the original EIS that was finalized in 2021, and suspended the road right-of-way in response to lawsuits from conservation and tribal groups. In the original EIS, negative impacts to hunting and fishing opportunities were downplayed. The supplemental EIS is a chance to identify what can be done better, and hopefully, identify different preferred alternatives to the original EIS.

If you haven’t followed this issue previously, the proposed 211-mile, private Ambler Road would leave the Dalton Highway near Coldfoot and cut west towards the village of Ambler. It would run along the south side of the Brooks Range traversing miles of undeveloped land before it enters the Gates of the Arctic National Preserve and punches across the Kobuk Wild and Scenic River and several of its major tributaries. In addition, the road would affect other Wild and Scenic rivers, including the Koyukuk River upstream from Bettles, the John River, the Wild River, and the Alatna River.

Alaska BHA has been clear on where we stand on the road. BHA has opposed the project for several years, attending many scoping meetings, submitting comments on the EIS, and writing about member experiences on the Kobuk River to raise awareness. Such a project is in direct conflict with multiple values that BHA champions, including: 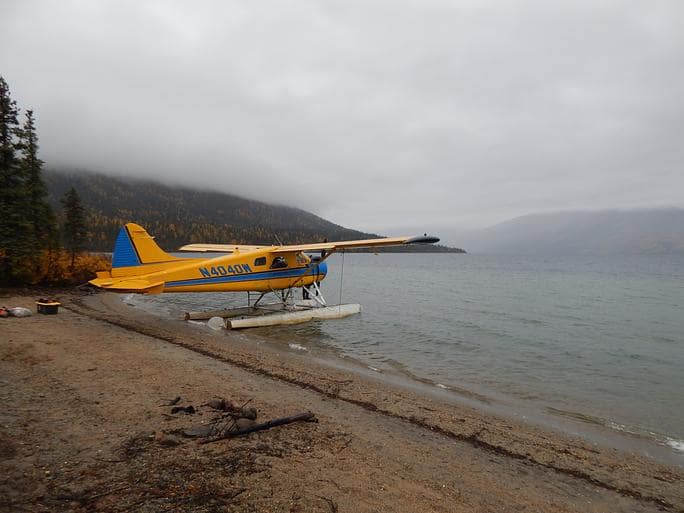 The Ambler road and any mines developed from it would generate noise, dust, and visual pollution that would disrupt and degrade outdoor recreation activities throughout the Brooks Range, particularly within sight and sound of Gates of the Arctic National Park and Preserve, our nation’s second largest national park.

The road would be guarded and no public access would be allowed.

Conservation of Fish and Game: 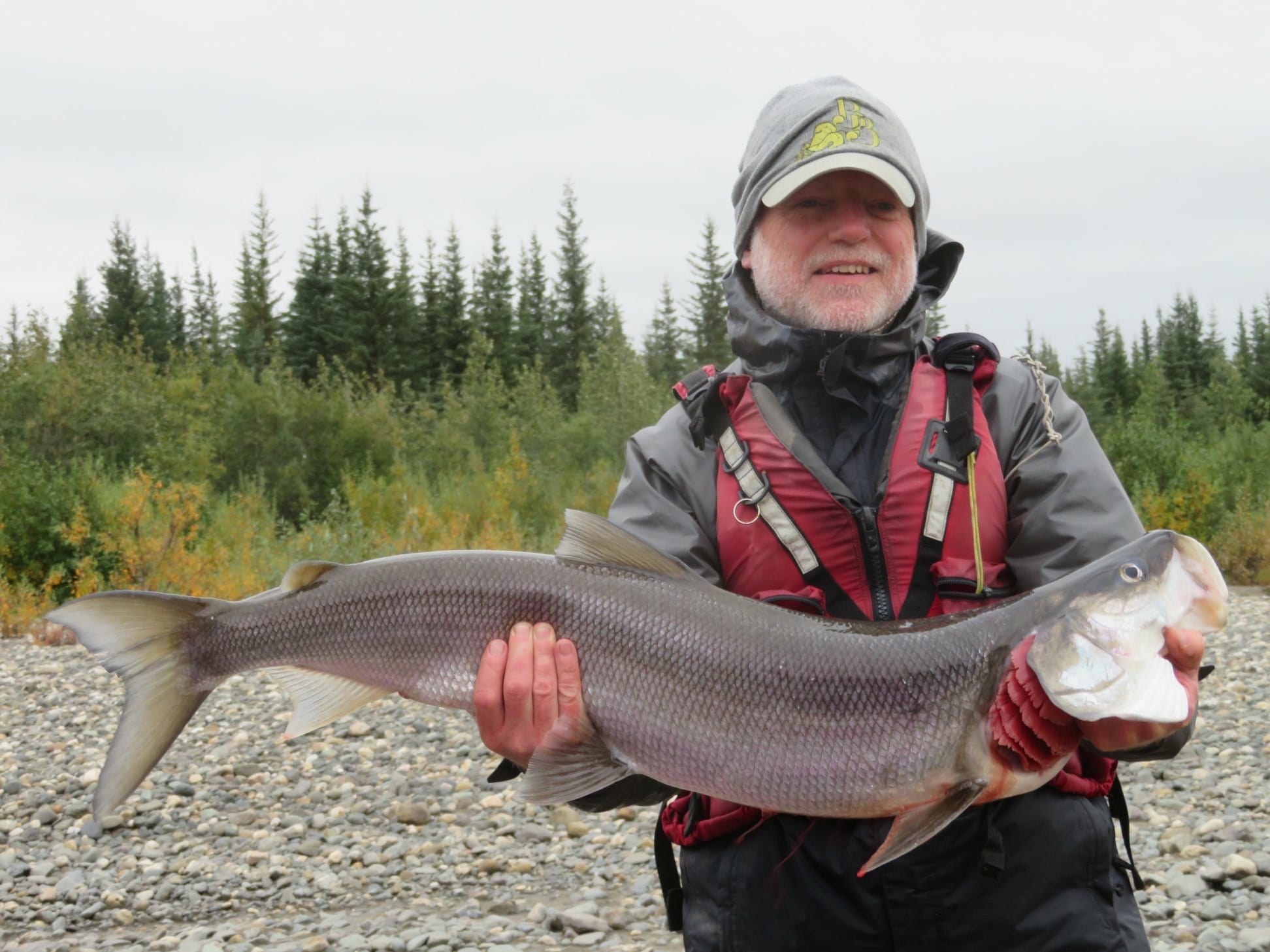 Fish:  The road would cross thousands of streams, many containing migratory fish, and it and any resulting mines would subject these streams to siltation, fish passage barriers, and contamination (e.g. fuel truck spills). The road would cross the Alatna River just upstream of the spawning grounds for the largest population of sheefish in Koyukuk River drainage, putting their spawning habitat at risk from siltation and contamination. Additionally, it would cross the Kobuk River and 6 of its major tributaries upstream of the spawning area for sheefish and chum salmon, putting the world’s premier sheefish fishery in danger from contamination and chemical spills. Sport and subsistence fishers harvest whitefish species and salmon in all the rivers that would be crossed by the road, and the Kobuk River chum salmon population is important for the Kotzebue Sound commercial fishery. 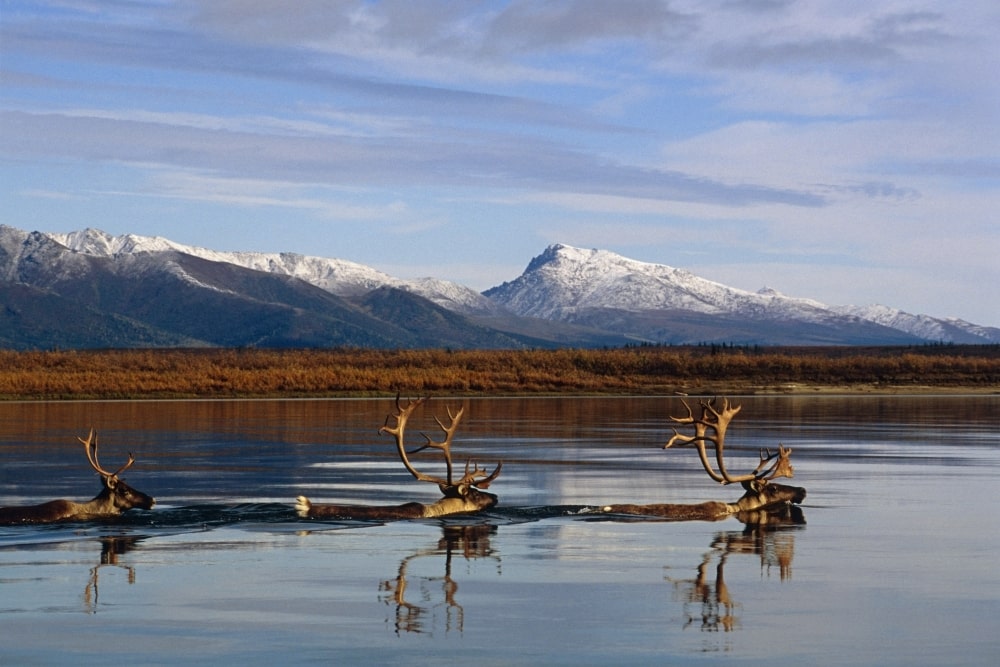 Game: The road would bisect the migration route of the Western Arctic Caribou Herd. Studies from the Red Dog Mine road and the Dalton Highway have shown that roads and traffic disrupt or delay the migration of up to 25% of animals attempting to cross. In addition, studies from the Red Dog road have shown that fugitive dust from trucking traffic has contaminated the tundra, including plants that caribou eat, for miles around the road corridor. The Ambler Road would support an estimated 168 truck trips per day along a much longer road than that of the Red Dog Mine. The Western Arctic Herd is in decline, subsistence hunters are struggling to harvest desired numbers, and sport hunters are limited in their harvest. The herd would not benefit from additional stressors brought on by the road and its associated mines.

Aside from the numerous impacts to fish and wildlife habitat that the road will cause, it would be one more cut through the landscape that as Alaskans, we value so much. It will cut through our freedom to pursue the wilderness recreation experience that so many of us enjoy. The experiences that a place like the southern Brooks Range offers are becoming harder to find as wild country is reduced, and wildlife habitat is degraded and fragmented. The Ambler Road will take one more of those special places off the map.

You can take action by emailing the BLM planning team by November 4 at the following address: [email protected]. Here's a sample email you can copy and personalize:

I am writing to you to submit a comment for the Ambler Road Supplemental EIS. As an avid Alaskan hunter and angler, I oppose the construction of this private industrial road. I agree that a supplemental EIS is needed with a preferred alternative that does not lead to road construction. The previous EIS downplayed the potential threats to outdoor recreation and fish and wildlife populations.

The potential short-term economic benefits of building this road pale in comparison to the risks to fish and wildlife populations. It will lead to degradation of the world’s foremost sheefish fishery in the Kobuk River, harm Kobuk River chum salmon stocks that contribute to the Kotzebue Sound commercial fishery, and disrupt the migration of the Western Arctic Caribou Herd that is depended upon by the residents of Northwest Alaska for food security. All fish and wildlife stakeholders will suffer: subsistence practitioners, sport fishers, sport hunters, and commercial fishermen.

In addition, a plan for the fate/removal of the road was not outlined in the original EIS, nor was the impact of the additional traffic burden from the road on existing roads and communities (i.e. the Dalton Highway and Fairbanks). A mitigation plan to offset the many impacts of the road to fish, wildlife, and their habitat was also missing. These items need to be incorporated in the Supplemental EIS.

Aside from the numerous impacts to fish and wildlife habitat that the road will cause, the road is one more cut through the landscape that as Alaskans, we value so much. It will cut through our freedom to pursue the wilderness recreation experience that so many of us enjoy. The experiences that a place like the southern Brooks Range offers are becoming harder to find as wild country is reduced, and wildlife habitat is degraded and fragmented. The Ambler Road will take one more of those special places off the map.

Please consider my comments as you develop the Supplemental EIS.

[Your community of residence] 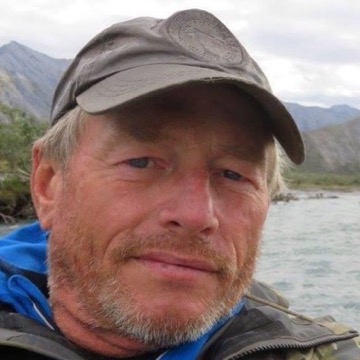 I joined BHA in 2005 after a chance meeting with Holly Endersby at a Seven Devils, Idaho trailhead after a successful elk hunt. Since then I have been active with BHA as a life, legacy, and Alaska Chapter board member. I have lived in Alaska since 1992

share on
See other posts related to alaska bha alaska issues
Get the latest news and stories, right to your inbox.
Search
Local Chapters