Every fall, hunters from across Washington flock to the Methow Valley to pursue mule deer and experience the beautiful and wild landscape that supports these deer. But as rich and abundant as this deer habitat may seem, it is not without its threats and degradation. Wildfires, invasive weeds, and increasing human development all impact deer habitat in the Methow, especially on their wintering grounds.

The Golden Doe Wildlife Area provides important wintering habitat for mule deer in the Methow, especially since it is among some of the last wintering spots not burned by wildfires in recent years. But as part of the Golden Doe’s ranching past, long stretches of fence, made of both woven wire and barbed wire, bisect high deer-traffic areas impeding deer movement and presenting a risk of injury or death by entanglement. Woven wire fencing creates an extra risk for fawns since adult does can jump over these fences but their fawns can’t follow unable to go over or through woven wire. 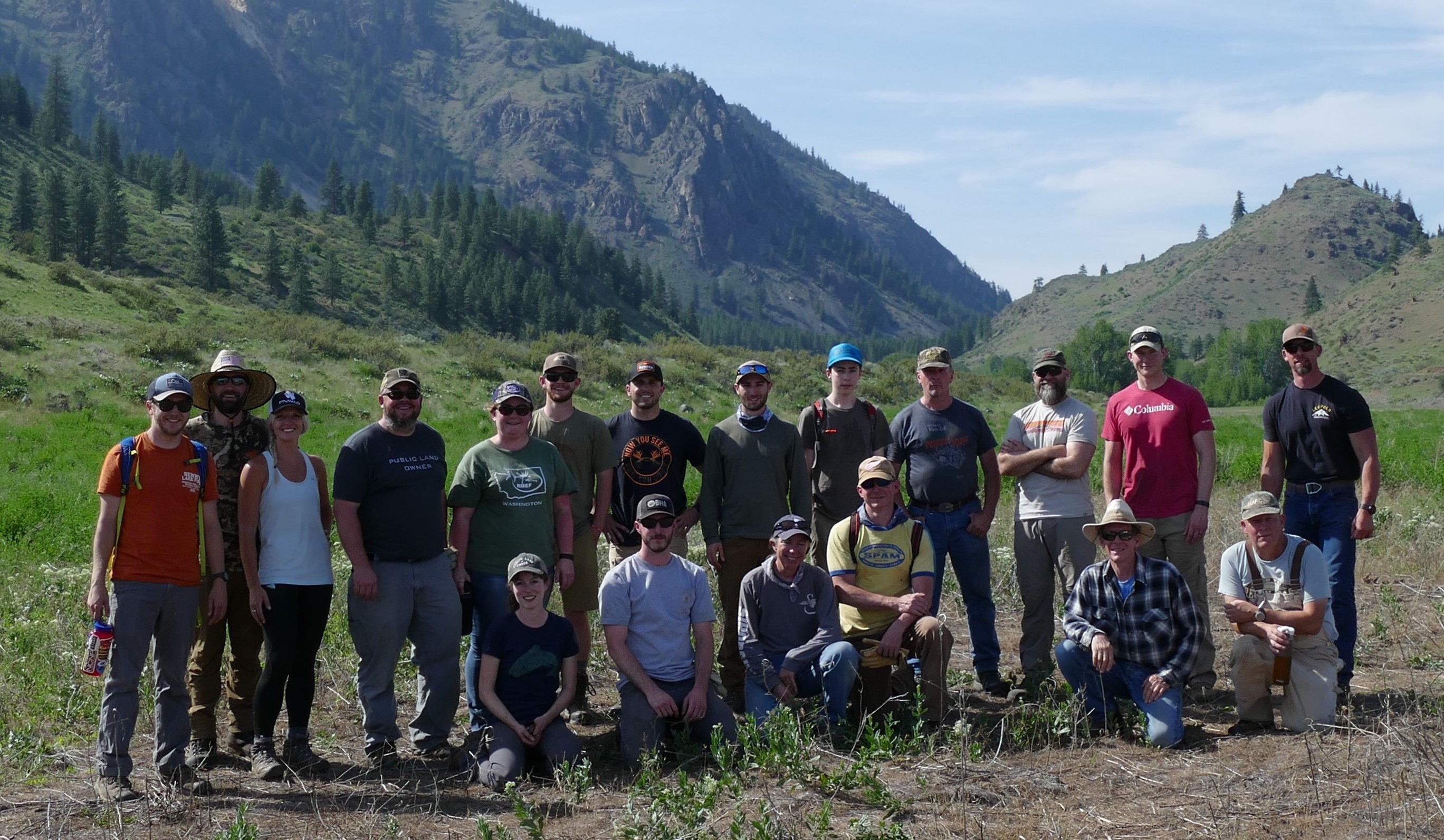 In addition, with such a large turnout of volunteers, a small group was able to split off and remove all 0.5 miles of fencing from an important area of deer habitat on the Texas Creek Wildlife Area. In the tradition of hunters as conservationists, BHA made a difference for deer on the Methow landscape. In the tradition of BHA, the work day was followed by a pint night at East 20 Pizza to celebrate a job well done over beer and pizza, a party that continued at the group campout and capping off an awesome day of hard work and fun.

A huge thank you to Brandon Troyer of the Washington Department of Fish and Wildlife for supporting our event with planning and tools, to John Rohrer of the Forest Service for additional planning help, to East 20 Pizza for hosting our pint night, and to 6 Point Cider for the beverage donations. And thank you to all the volunteers that came out to support our public lands and improve Washington mule deer habitat. See you next year!