With public lands issues taking center stage in numerous races across the country, the votes of sportsmen and women represent an increasingly powerful force. Your vote is the single most powerful way to make sure your voice is heard – in Washington, D.C. and in state capitals across the country. Like you, our members are hungry for information about the values of those who are seeking our votes. And as for the candidates themselves? We’re putting them on notice: We hunt, and we fish and we Vote Public Lands and Waters. Sign the pledge now!


To that end, we’re working in states across the country to ask candidates questions of interest to the general public covering a range of topics but also highlighting the issues central to our American hunting and fishing heritage. Stay tuned to these pages in the coming weeks to see if candidates in your state respond to our questionnaires, sign the pledge to Vote Public Lands and Waters, and rep the movement with our 2020 campaign t-shirts and stickers! We encourage all public land owners to ask the tough questions of their candidates and make sure that you know their stance on the issues that matter to the outdoor community. This is your chance to help elevate our public lands, waters and wildlife as fundamental issues in the 2020 election, so act now!

The results are in! Candidate questionnaires are now available for the following states:

Sign up now to be notified if we release a candidate questionnaire in your state! 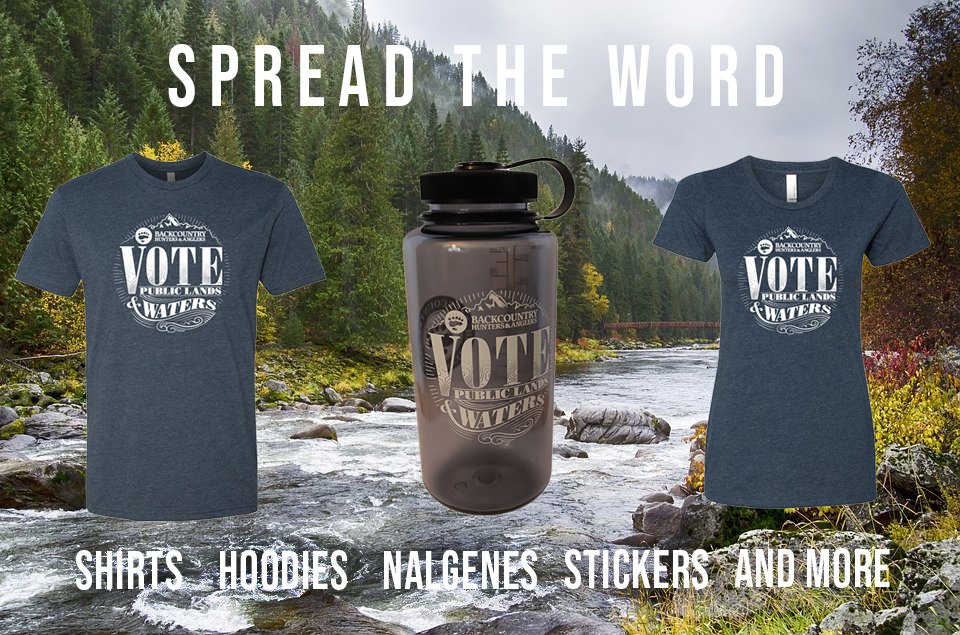 Help remind people that their November votes matter by:

Backcountry Hunters & Anglers is a non-profit charitable 501(c)(3) organization. We are nonpartisan and do not endorse or oppose any candidate or party for any political office. We advocate for the primacy of public lands, waters and wildlife as election issues that voters should consider as they cast their ballots.


This November, I pledge to prioritize public lands and waters at the ballot box and will encourage my fellow public land owners to do the same in their voting decisions.

Sherman Shultz
1,954 signatures
the campfire Featured Stories
share on
Get the latest news and stories, right to your inbox.
Search
Local Chapters