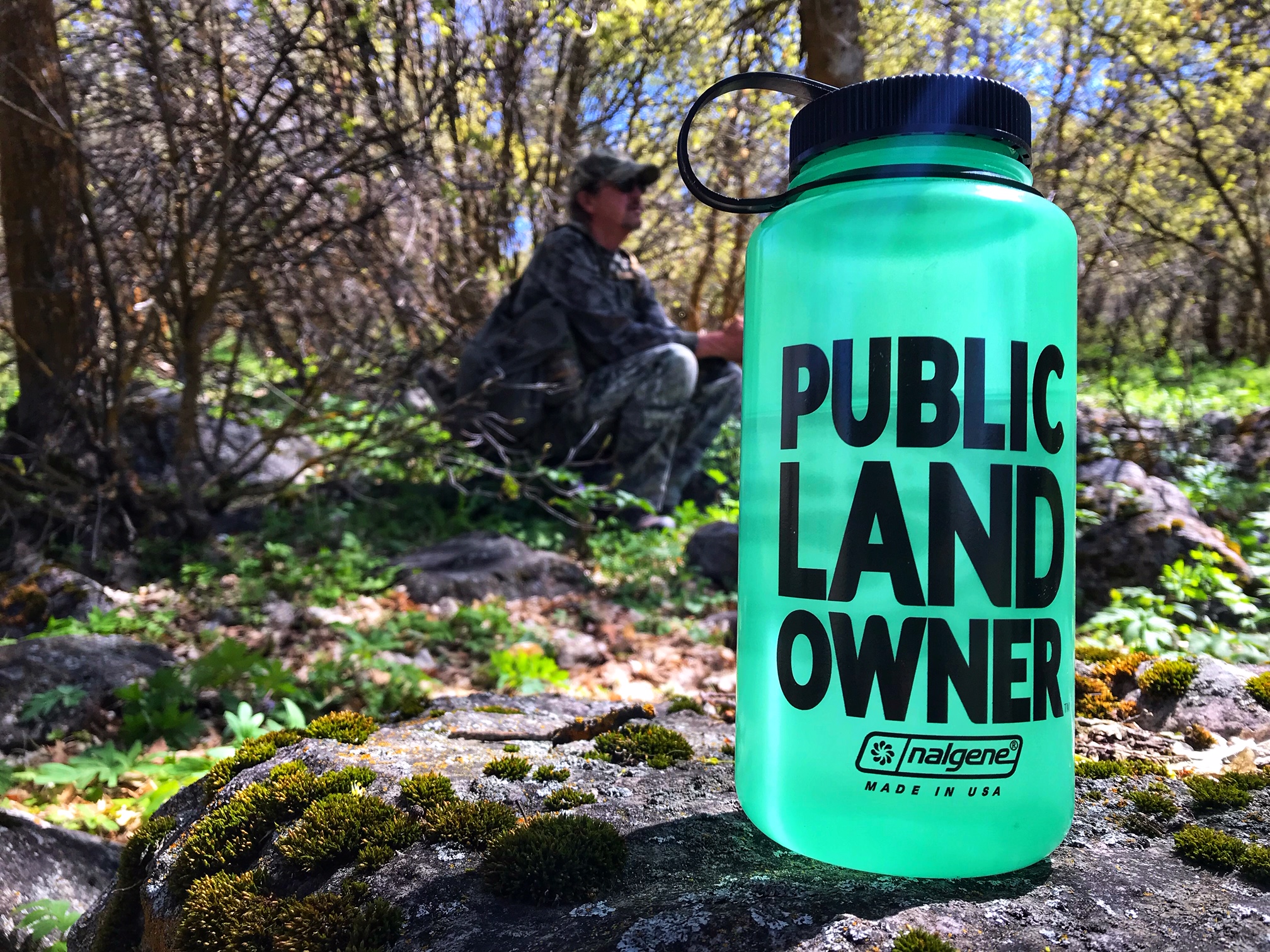 Today I hiked a little over 10 miles with a good friend and hunting mentor Dr. Chris Wilson to hunt turkeys and didn’t shoot a thing. I’m home now pretty tired and with sore knees thinking about what a great time I had. It’s pretty hard to beat wandering the mountains of our public lands amongst its inhabitants. This being only my second time hunting public lands and I can still count my total hunts on one hand. Most of the time I’m out there looking for tiny native trout but today I was glassing hills and listening for gobblers. We saw a group of elk, some mule deer, a few pheasants and a bunch of turkeys.

As we finally got to the top of the peak where we were hoping to find birds but not a peep was heard. A bit discouraged we were scanning the hill sides and all the sudden I found a bunch of birds. Unfortunately they were back where we came from and up another mountain. I watched as they aerated the earth searching for food. It was hard to tell if they were hens, gobblers or jakes but with almost twenty birds in sight it was worth a shot. We made our way straight down behind some dispersed trees and into coverage. After creeping through the overgrown game trials, crossing a creek and making our way back up the birds were not far away. Chris set up a decoy as I got into position and he let out some calls. Not a peep from the birds above. 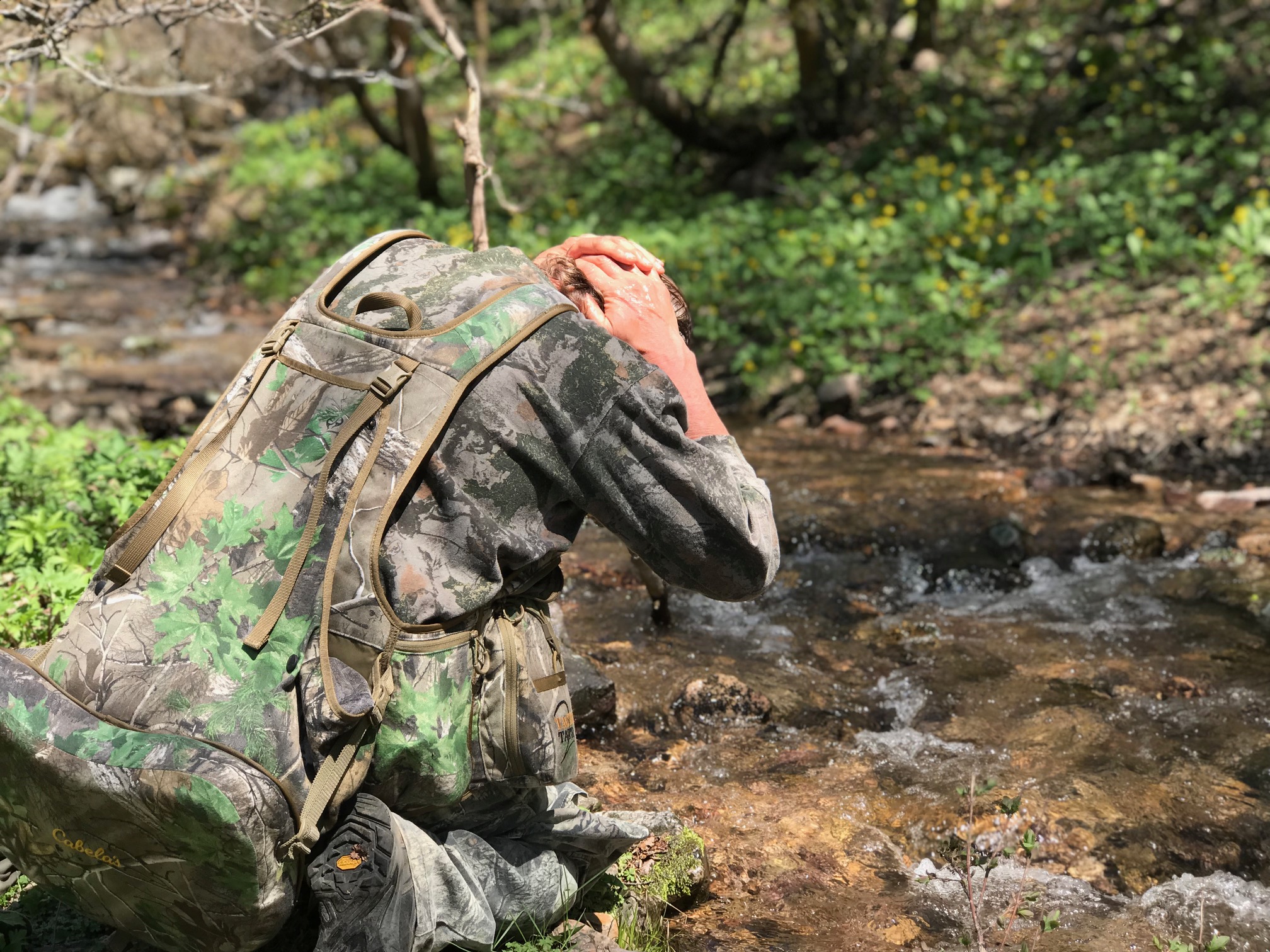 being seen. At times we could see the birds but they had their back to us eating until one Jake popped up as if he heard us. Ducking down behind the trees and crawling through sage brush, Chris and I reached the top of the peak. After catching our breath, Chris let out a few calls with no response. I crept over to the edge to glass and saw a group of hens and Jakes heading up hill. I had seen what looked to be a gobbler at one point but non were in this group. From coverage we called and the birds barely stopped pecking around long enough to act like they heard it. There was no coverage to crawl in on these birds and the lack of a tom left little motivation to do so. We decided to make our way back to the truck and plan for another day. I’m not in a hurry to shoot a turkey so I don’t mind waiting for one that feels right. As Steve Rinella often says, I felt like I needed to suffer a little before I earn a bird. This had been my second time out and with a little over 10 miles on my boots I feel like I am beginning to do so. 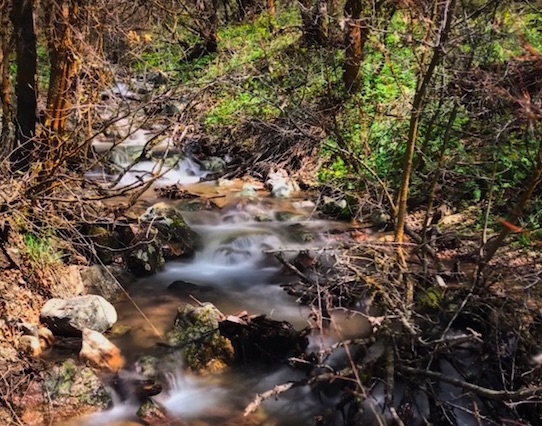 share on
See other posts related to UT BHA
Get the latest news and stories, right to your inbox.
Search
Local Chapters