This past August, the Utah State University Backcountry Hunters and Anglers along with Cache Anglers Trout Unlimited Chapter assisted Clint Brunson of the Utah Division of Wildlife Resources in electrofishing Temple Fork and Spawn Creek documenting non-native trout encroaching into this system. These creeks are located only 30 minutes away from our campus in Uinta-Wasatch-Cache National Forest. 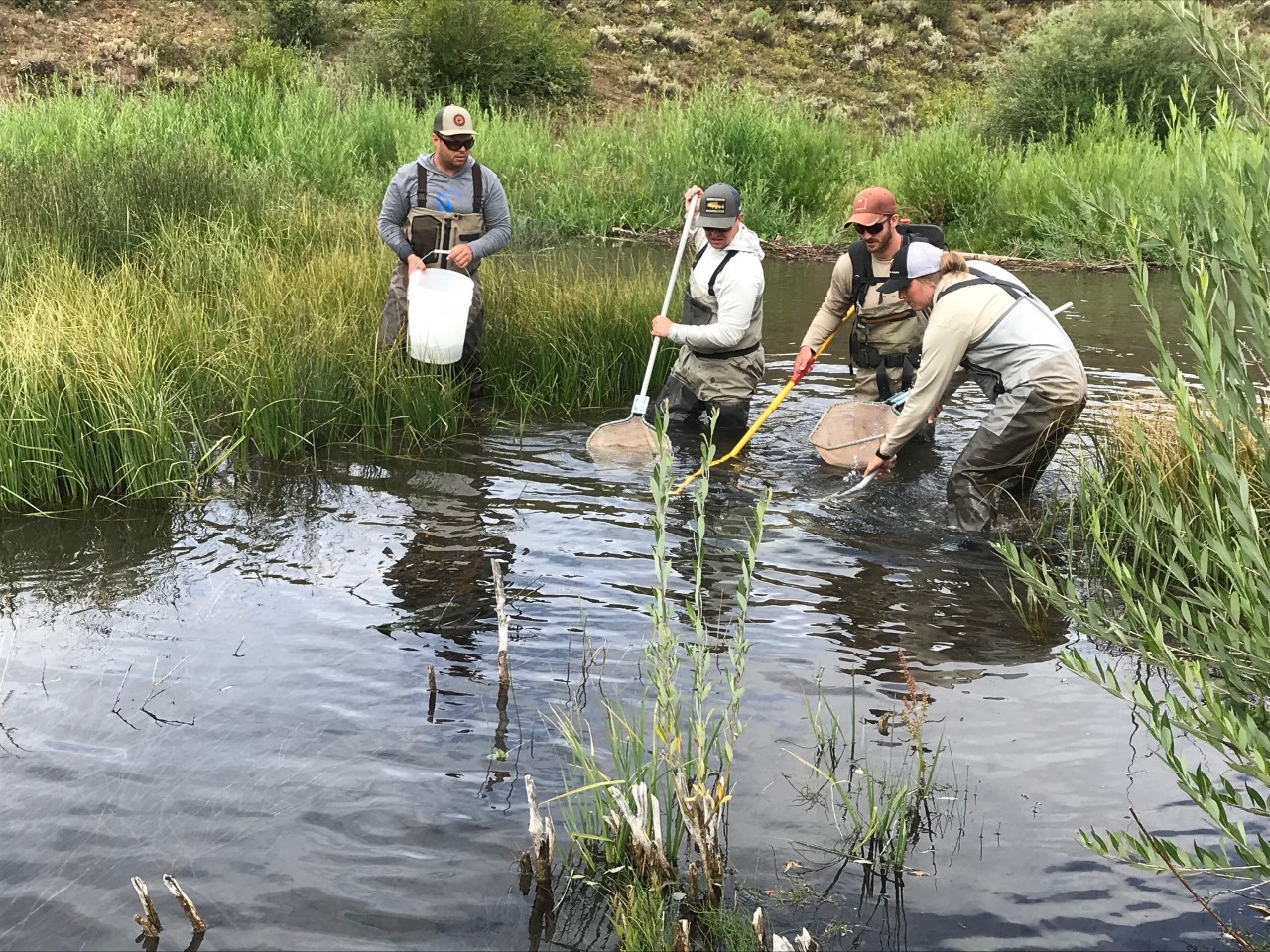 Clint is working on this as a graduate project related to the coexistence of introduced trout species with native cutthroat populations. Part of this project includes removing Brown Trout from major spawning tributaries for the native cutthroat then setting up a fish trap at the confluence of Temple Fork and the Logan River to monitor how many Brown Trout attempt to enter the river this fall to spawn. The volunteer groups helped during the electrofishing to collect fish then recorded the number of Brown trout along with their size and weight. The Utah State University Fish Ecology Lab has been monitoring Brown Trout movements in the stream for many years through their annual sampling efforts. 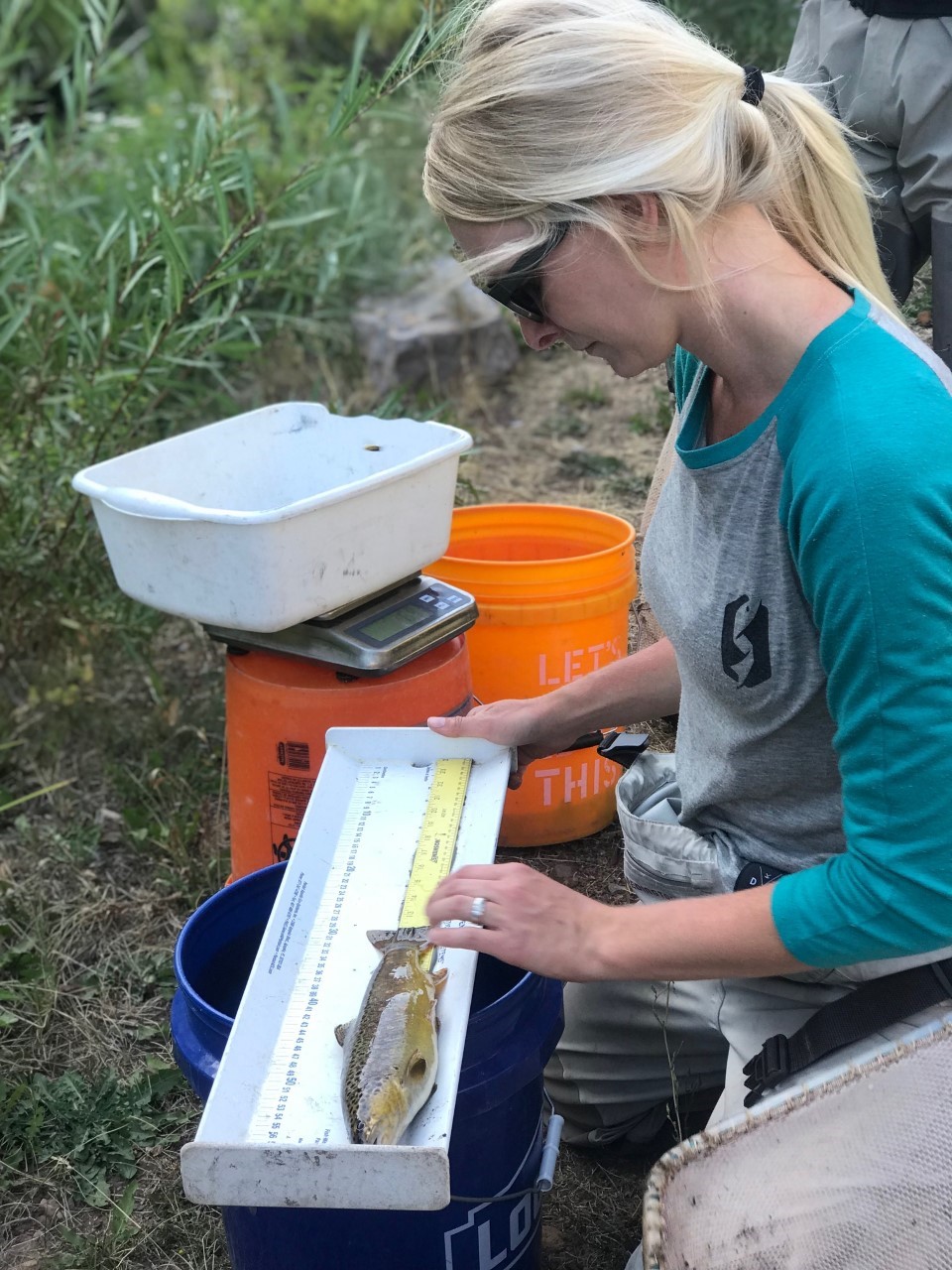 Anastasia measuring and weighing Brown Trout removed from the stream to be recorded as part of the research project.  Photo: Tyler Coleman

The first step of this project was incredibly successful removing 754 fish from Temple Fork and 1,064 fish from Spawn Creek in three days of shocking! 1,819 fish in total removed from these two streams to benefit native cutthroat trout. The overall distance has not been calculated yet but in one 500 meter stretch on Spawn Creek our group removed just over 200 fish. After another removal effort and selective removal during the Brown trout and Brook trout spawning seasons, Clint and his team have removed over 3,200 non-native trout from this system. 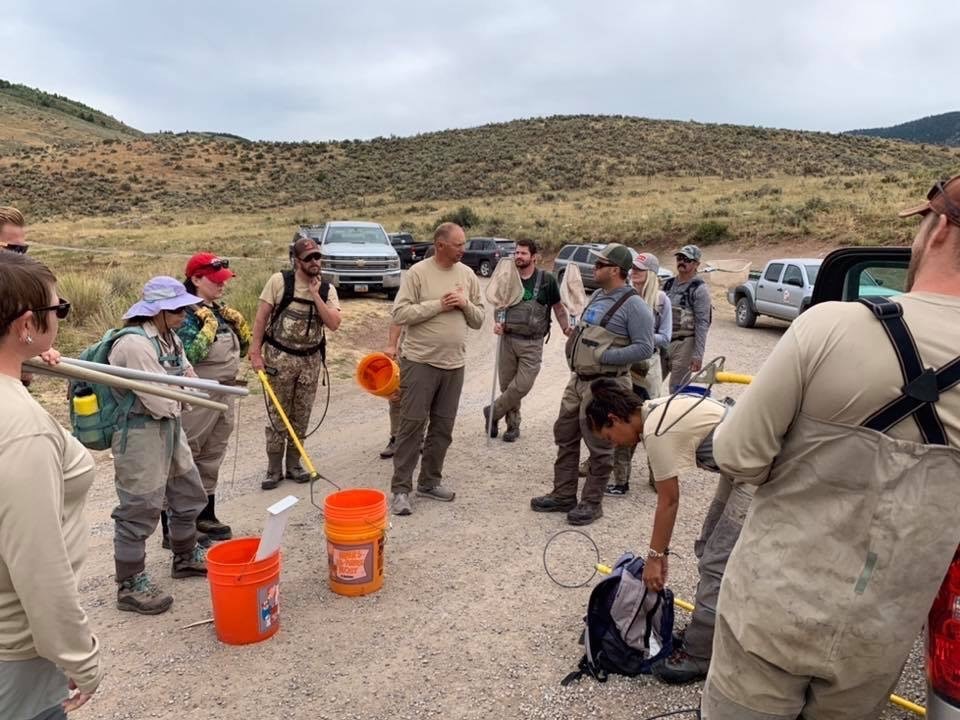 Clint Brunson giving a breakdown of the days works and some background history on the project.

The Logan River has a healthy population of native cutthroat which will only increase with the removal of competition from non-native species. The non-native trout that were removed did not go to waste. Fish over 10 inches in edible condition were given to a local food pantry and all other fish were donated to a local predator research facility to feed two baby black bear cubs that were orphaned. Thank you to all our volunteers, Clint for inviting us along on the project and all the efforts of the Utah DWR, U.S. Forest Service and USU Fish Ecology Lab to protect our these native trout in our local public lands.

share on
See other posts related to Utah BHA Utah News collegiate program
Get the latest news and stories, right to your inbox.
Search
Local Chapters