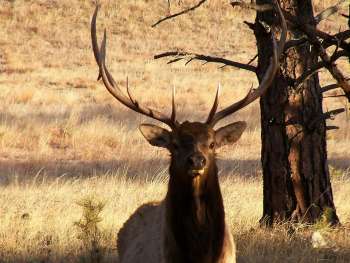 As a big game hunter who (like over 90% of Colorado sportsmen) hunts public lands, the recent push by some elected officials and big-industry groups to transfer our federal public lands to state ownership, or to sell them off outright to private interests, is more than a little troubling. Unfortunately, it wasn’t that long ago (during the Bush administration years) that similar shenanigans were taking place: former U.S. Rep. Tom Tancredo (R-CO) introduced a bill requiring the federal government to sell off 15 percent of national forest lands and 15 percent of lands managed by Interior Department agencies.

More recently, the U.S. House of Representatives passed a budget engineered by U.S. Rep. Paul Ryan (R-WI) that supports selling “unneeded acreage” of federal land on the open market. And here in Colorado, legislation sponsored by Rep. Jerry Sonnenberg (R) and Senator Scott Renfroe (R) is aimed at “transferring” our federal lands to the state. But all such proposals are bad for sportsmen, bad for wildlife and bad for anyone who recreates on public lands.

In the words of Clear Creek County Commissioner (and sportsman) Tim Mauck: “Selling off our federal public lands makes as much economic sense as killing the goose that lays golden eggs. Clear Creek County is proud that 74 percent of our land is public and provides a robust recreational economy by attracting tens of thousands of hunters, anglers, hikers, river rafters, mountain bikers, backpackers, campers, skiers and other outdoor enthusiasts that seek out my community year-round for vacations, tours, exercise and relaxation in true western fashion.”[1]

Hinsdale County Sheriff Ron Bruce adds: “States taking back federal lands sounds all fine and dandy but people need to remember it comes at significant cost. Just as a small example: last year’s ‘Complex’ Fire largely in Mineral, Rio Grande and Hinsdale Counties ran up a bill approaching $40M at last count. If those lands belong to Colorado vs. USFS … you can be certain ‘Uncle Sugar’ is not stepping up to pay that bill. That’s just ONE event. Multiply that by how many more and the costs would bankrupt most states.”[2] Transferring public lands to states would also mean less hunting and fishing opportunities for the average American because:[3]

-State Lands are managed to return the highest possible yield to their school trusts. That means wildlife and recreational considerations are left off the table in many states.

-In Wyoming, you are not allowed to camp on state lands. At all.

-In Arizona, you can only camp on state land for 14 days per year.

-In Montana, you can only camp on state land for 2 days before having to move.[4]

You have no right to access State lands like you do Federal Public Lands, which are owned by all Americans. Article 9 of the Colorado Constitution governs mandates that state lands be managed to generate revenue. Yet, the constitution mentions nothing about public access. Thus, unless the constitution is revised, recreational access on state land will remain a pay-to-play game.

America’s tradition of allowing public lands access for hunting, angling and other recreation is the epitome of our unique and successful North American Model of natural resource/wildlife management. And for most of us public lands are the only lands we will ever own. That’s why these proposals can’t be shot down fast enough.