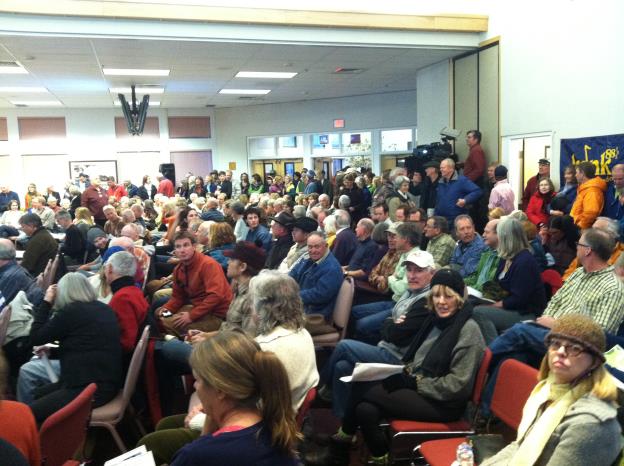 As outlined in an article that can be found on CO BHA’s Issues page here, the Thompson Divide provides one of the largest remaining tracts of unprotected, undeveloped roadless habitat in the state of Colorado. It remains one of the top units for elk hunting in the state, serves as the headwaters of four high-quality trout streams and hosts a fragile population of mule deer.

On February 28, 2013, CO BHA spoke alongside other sportsmen, ranchers, teachers, the CEO of Patagonia, and over 50 other community members in support of withdrawing mineral leases on the Thompson Divide. Our testimony highlighted the need for undisturbed big game habitat, cold and quiet waters and scientific data from Colorado Parks and Wildlife which suggests that “gas development in this area is likely to be detrimental to mule deer and other wildlife.” For a Public Radio broadcast on this hearing, featuring CO BHA’s testimony (1:50), click here.

On behalf of Colorado’s traditional sportsmen who value the challenge, solitude and healthy wildlife populations that places like the Thompson Divide provide, we ask the Bureau of Land Management and United States Forest Service to let the leases expire; or, alternatively, that the Oil & Gas companies consider the offers put forth by the Thompson Divide Coalition to buy back the existing leases.