The Wallowa-Whitman: A National Forest Begging for a Travel Management Plan 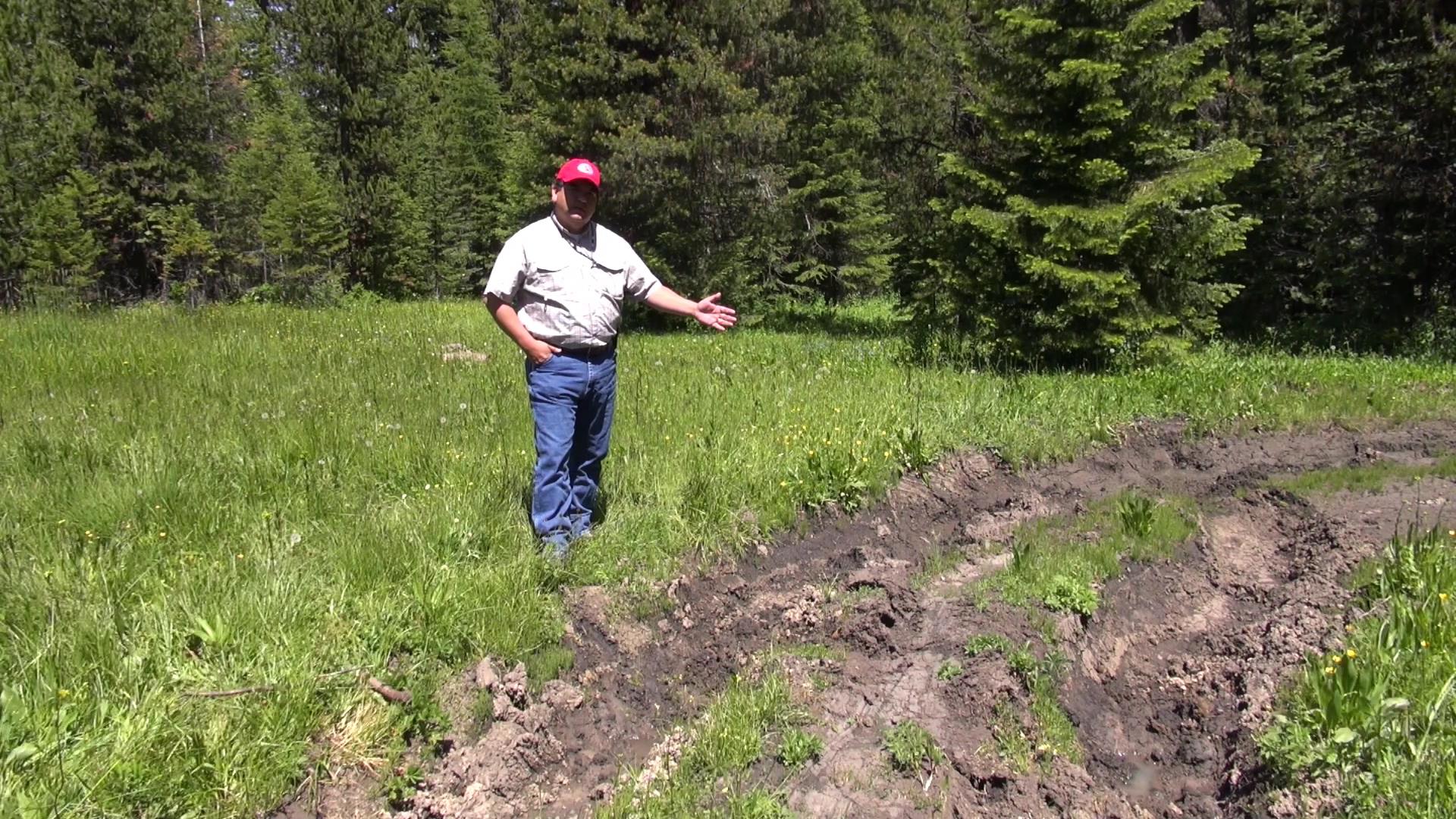 When the U.S. Forest Service was formed in 1905, it was charged with managing our public forests for the greater good of all.  We all own them and have a right to use them.  But the Forest Service is also charged with protecting the natural resources in our forests, and sometimes that means policy decisions don’t square with the wishes of everyone.  A prime example concerns off-road travel on public lands in Northeast Oregon.  Those who prefer OHV travel in the forests often clash with those who don’t, and in 2014 the USFS finds itself between a rock and a hard place when it comes to managing travel in Oregon’s largest national forest – the Wallowa Whitman.  When forest supervisors rolled out a plan to close nearly half of the forest’s 9,100 miles of roads in 2012, local citizens objected so strongly the plan was rescinded.  So, it’s back to square one, and a new process to develop a travel management plan is underway.  In the meantime, cross - country travel is basically unrestricted in the Wallowa Whitman.  Such travel often leads to habitat degradation.  I saw it firsthand in a weeklong trip through the Blue Mountains while touring both the Umatilla and Wallowa Whitman National Forests.

I talked with locals, OHV users, elected leaders, forest service representatives, ranchers, and wildlife researchers.  Two themes came from these discussions.  1.  No one wants to see natural habitat damaged.  2.  It still happens.  Along my travels I documented examples of OHV abuse in a video for Backcountry Hunters & Anglers.  Unfortunately, the rule of “leave no trace behind” is often willfully ignored.  You can view the video here.

Backcountry Hunters & Anglers is one of many groups using our national forests.  Formed ten years ago over an Oregon campfire, BHA membership has expanded to all 50 states and abroad.  Our mission is simple:  We speak up for conservation of our wild public lands, waters, and wildlife.  Our goal is to hand down an American outdoor heritage to our children and grandchildren.  We strive to conserve habitat with boots-on-the ground work and education through our 17 chapters in the U.S. and British Columbia.  As an example, our work led to Colorado becoming the first state to ban the use of drones in scouting and hunting of game.  Many states have since followed suit.

Since BHA was formed in Oregon, we have a special fondness for our public forests in N.E. Oregon.  Many of the modern trails we use to access this special land were first established by Native Americans thousands of years ago.  With the continuing popularity and booming growth of off-road vehicles to access these lands, travel management has become essential if we want to hand down what we have been privileged to inherit.

Backcountry Hunters & Anglers is well known for our strong advocacy for quiet, non-motorized backcountry recreation.  It’s who we are.  We like using the original ATV:   Our quads.  But, we also acknowledge responsible and legal use of off-road vehicles where it does not negatively impact wildlife habitat.  In doing so, we urge OHV users to stay on designated trails and roads and avoid illegal and abusive cross-country travel including “mudding” sensitive meadows and wetlands.

Our character and integrity matters in the woods, and we urge users to obey road and trail closures.  There is a reason these roads are closed and the reason is conservation of habitat.  Continuing research conducted at the Starkey Experimental Forest and Range in the Blue Mountains near La Grande unquestionably documents the adverse impact that motorized traffic has on wildlife.  The fact of the matter is elk don’t like motorized traffic and they seek shelter from it.  And when road densities are extreme, as is the case in the Wallowa Whitman, there are often more elk found on private lands where hunters have little or no access rather than on public lands.  Ranchers suffer because elk can do a great deal of damage to crops and fences.  Backcountry Hunters & Anglers supports a reduction in backcountry road redundancies, allowing reasonable motorized access compatible with the needs of wildlife.

So, how do we get there?  We have to understand the rules of collaboration which means that no one gets everything they want and that is where the USFS currently finds itself in designing a new travel management plan for the Wallowa Whitman.  Can we get to a plan for the greater good of all?  “Yes”, says WWNF supervisor John Laurence, who shared his optimism with BHA.  Forest supervisors, along with local stakeholders, are now re-engaged and mapping out existing trails and roads.  It’s not an easy job because, while many roads such as those used for logging decades ago seem to have become naturally closed over time, they may still be on a map.  But this process is crucial to the final outcome of a modern travel management plan.  We all want access to our public lands, and we have a right to use them.  We all have favorite game trails, special hunting camps, mushroom meadows and huckleberry patches.  But we have to give and take if there is to be a common ground for the good of all.  If we don’t accept and adhere to a true collaborative management process, we risk the ire of generations to follow.  Oregon’s largest national forest begs for a modern travel plan.  Our vast public lands are the envy of the world, in part because they have been mostly managed for the greater good.  That’s a legacy BHA wants to uphold.

Brian Jennings is Oregon’s outreach coordinator for Backcountry Hunters & Anglers.  He lives in Central Oregon and can be reached at [email protected].