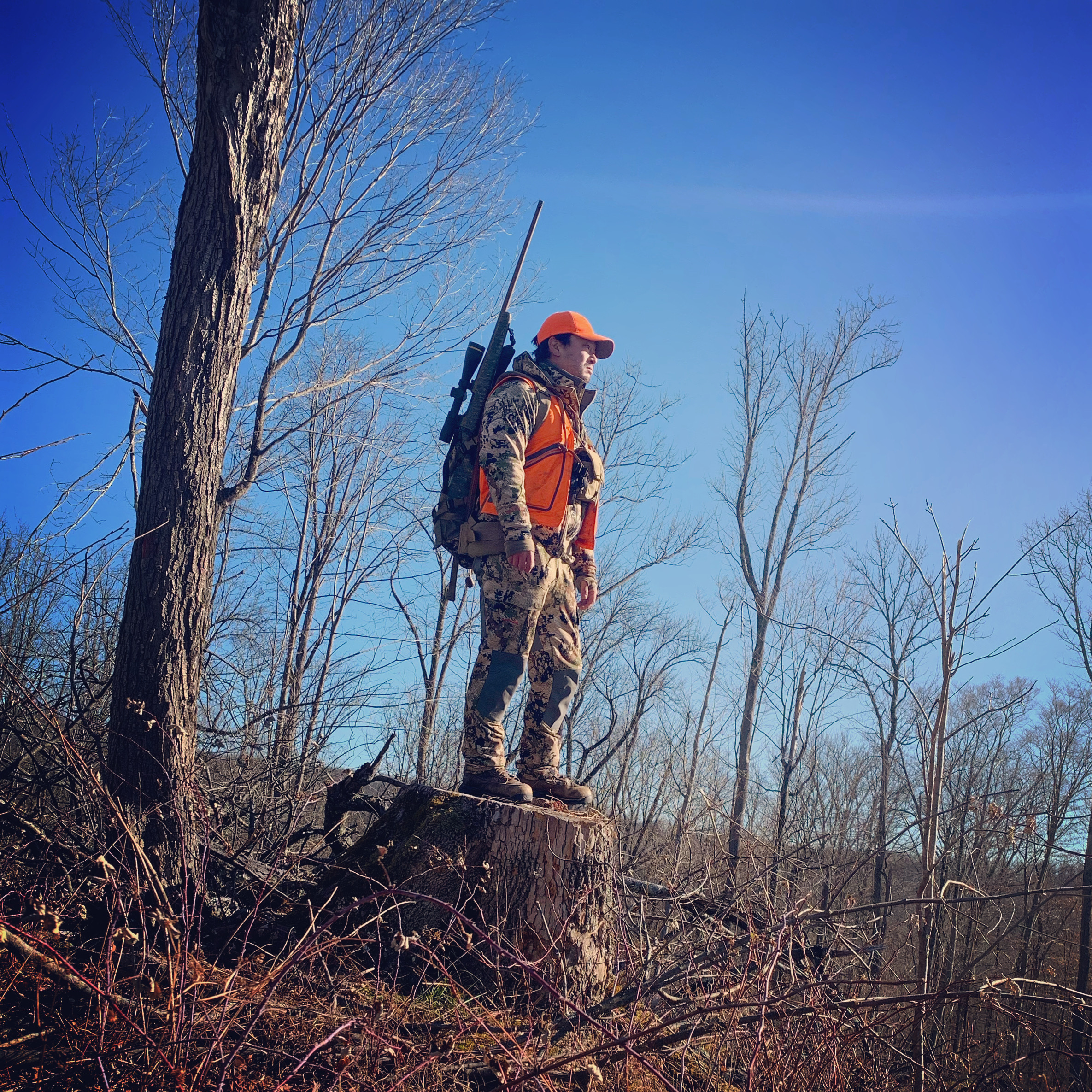 Despite routinely boasting some of the largest numbers of hunters in the United States, Pennsylvania is one of the few remaining states that either restricts or completely bans hunting on Sundays. On Nov. 27, 2019, Pennsylvania Governor Tom Wolf signed Senate Bill 147 into law allowing for three Sundays to be open to hunting. Those three days represent a major victory for hunters in the Keystone State.

Sunday hunting restrictions remain in place in 11 states. For example, Maryland allows it by county, while South Carolina limits Sunday hunting to private land. Three states have the most severe restrictions or complete bans: Maine, Massachusetts and Pennsylvania.

These laws don’t just impact personal freedoms; they have a larger effect on the hunting community, wildlife funding and the economy as a whole. A study of lapsed hunters in Pennsylvania showed that lack of time to hunt is a major influence in lost license sales. Those lost hunters not only threaten the future of hunting; those unpurchased licenses also decrease the funds available for wildlife management. Additionally, a study conducted by the National Shooting Sports Foundation indicated that lifting the ban would result in the creation of over 8,193 jobs and $245,630,435 in wages.

These laws don’t just impact personal freedoms; they have a larger effect on the hunting community, wildlife funding and the economy as a whole. A study of lapsed hunters in Pennsylvania showed that lack of time to hunt is a major influence in lost license sales. Those lost hunters not only threaten the future of hunting; those unpurchased licenses also decrease the funds available for wildlife management.

In the 1800s, Pennsylvania sought to protect wildlife populations as they plummeted. By 1873, the forerunner of modern game laws were adopted. Along with such measures as the banning of punt guns for waterfowl and increased protections for passenger pigeons, Sundays became forbidden to hunters. Five years later fishing on Sunday was also made illegal; that ban would stay in place until 1937.

Blue laws (a law prohibiting certain activities, such as shopping, on a Sunday) were not new to Pennsylvania. Many had been in place since William Penn founded the colony; the 1800s simply saw the blue laws extended to hunting. Over the years exceptions have been made for crows, foxes and coyotes. But with this long history, it is not hard to imagine why three Sundays are such a big deal. For historical perspective, when the ban first took place Ulysses S. Grant was the president of the United States.

The main opponent of Sunday hunting is the Pennsylvania Farm Bureau. Its leadership has cited fear of trespassing, disdain for gunfire on Sundays and the need for a day of rest for farmers and game animals as their rationale for continuing the Sunday ban. Being that agriculture is such big business in Pennsylvania, the bureau holds sway with many politicians. Ironically, many farmers complain of crop damage from deer and would like to reduce their numbers.

Some hikers have also supported the ban for fear of encountering hunters on the trail and the ever-important day of rest for the animals. The most organized campaign originated from the Keystone Trails Association. It is interesting to note that despite the stated fear of being in the woods with hunters, many of the group’s organized hikes are scheduled on Saturdays while hunting is open. One KTA life member, however, did pen two opinion pieces in support of Sunday hunting both before and after the passage of S.B. 147.

What may be the most surprising voice against lifting the ban came from Pennsylvania’s hunters. As recently as five years ago the numbers were 50/50 at best on this issue. But over the past two years the tide has turned. Initially, it seemed that only younger hunters sought to overturn the prohibition. For the most part, those of retirement age steadfastly held to the rule, stating a wish to hold onto tradition and fears of overhunting. But those attitudes have changed. I believe for many of the older hunters it started with the desire to go afield with grandchildren. And for those unable to go into the woods alone, they felt the effects of societal demands that working age hunters already face. While manning the BHA booth at the 2018 Great American Outdoor Show we were approached by parents with young children as well as retirees who voiced support for the cause. Our platform brought many new members to BHA.

Sunday hunting was named a top priority by Pennsylvania chapter chairman, Nate Fronk, when the present board took office in January 2018. The rest of the board unanimously agreed. At that point we began to study the issue and develop a plan. Being a relatively new chapter – we were still writing our bylaws – we could not have put together the infrastructure to act without the efforts of BHA Regional Manager Chris Hennessey. Our statement on Sunday hunting was one of our first official position statements.

In a stroke of luck, a meeting of like-minded groups was scheduled in March of that year at the Pennsylvania Game Commission headquarters. Hunters United for Sunday Hunting, a grassroots organization formed in 2011, renewed the fight under the guidance of Executive Director Harold Daub. Pennsylvania BHA spoke at the meeting and added our name to other groups working towards changing the law, including PA Federation of Sportsmen & Conservationists, QDMA, TRCP, United Bowhunters of Pennsylvania, NWTF and others. The list grew as the campaign continued. At this point, Sunday hunting became a coordinated effort on multiple fronts.

Despite being a relatively new and unknown entity in the state, BHA brought some unique strengths to the fight; BHA has a social media presence that was not shared by other groups at the time. This coupled with a membership that seeks engagement and is eager to take action helped amplify our voice. Another useful vessel were podcasts, which helped us bring our message to a wider audience. Early on, Todd Waldron, of New York BHA, hosted the Pennsylvania officers on his podcast. And later, Hal Herring brought the issue to light on the BHA Podcast & Blast. Discussing Sunday hunting on these podcasts proved invaluable to educate and motivate our members.

A few months later, our chapter also began working with a sportsmen’s summit originally put together by Dave Kinney, of Trout Unlimited, and a host of other Pennsylvania-based organizations. Among other priorities, Sunday hunting was put forward. The group organized trips to visit the state capitol and bring our message to legislators. Many legislators did not have a familiarity either with hunting or with this particular issue. We were able to both advocate for the issue and educate those legislators. One of our most successful endeavors was a congressional breakfast with the members of the Game and Fisheries Committee.

Multiple bills in the past have had the intention of overturning the ban in Pennsylvania, none of which ever made it out of committee. Sen. Dan Laughlin was the prime sponsor of S.B. 147, and when he became majority chair of the Senate Game and Fisheries Committee, there was finally a legislator who could champion the bill and move it forward. As an accommodation to the Farm Bureau, the bill also included tougher trespassing laws. As it moved through the legislature, the bill was further altered to include only three Sundays as opposed to all Sundays.

At each step of the way action alerts were sent and our members responded. Legislators heard our voices. Despite some very powerful opposition, we were able to help move the bill through the Senate and House and finally to the governor’s desk.

While S.B. 147 has been a hard-won battle in Pennsylvania, our work is far from complete. In every state that has moved to allow Sunday hunting, change has come incrementally. New York allowed three days in 1996 and expanded to all Sundays within five years. Ohio trialed Sunday hunting for three years then removed the ban altogether. Delaware started with one day and recently added all Sundays during deer season. The claim of damage to wildlife populations has not been substantiated in any state that has moved to lift these blue laws. Our end goal is to give the Pennsylvania Game Commission the authority to regulate hunting seven days a week as we feel our wildlife is best served when decisions are made by wildlife professionals. The Pennsylvania chapter will continue to champion this cause until that day arrives.

Don Rank is the secretary for the Pennsylvania BHA chapter. He is a lifelong resident of Pennsylvania, where he’s been hunting for the past 35 years, with the exception of Sundays.

This article first appeared in the Spring 2020 issue of Backcountry Journal. Join BHA to get 4 issues a year in your mailbox.

About Don Rank
share on
See other posts related to backcountry journal Pennsylvania News
Get the latest news and stories, right to your inbox.
Search
Local Chapters