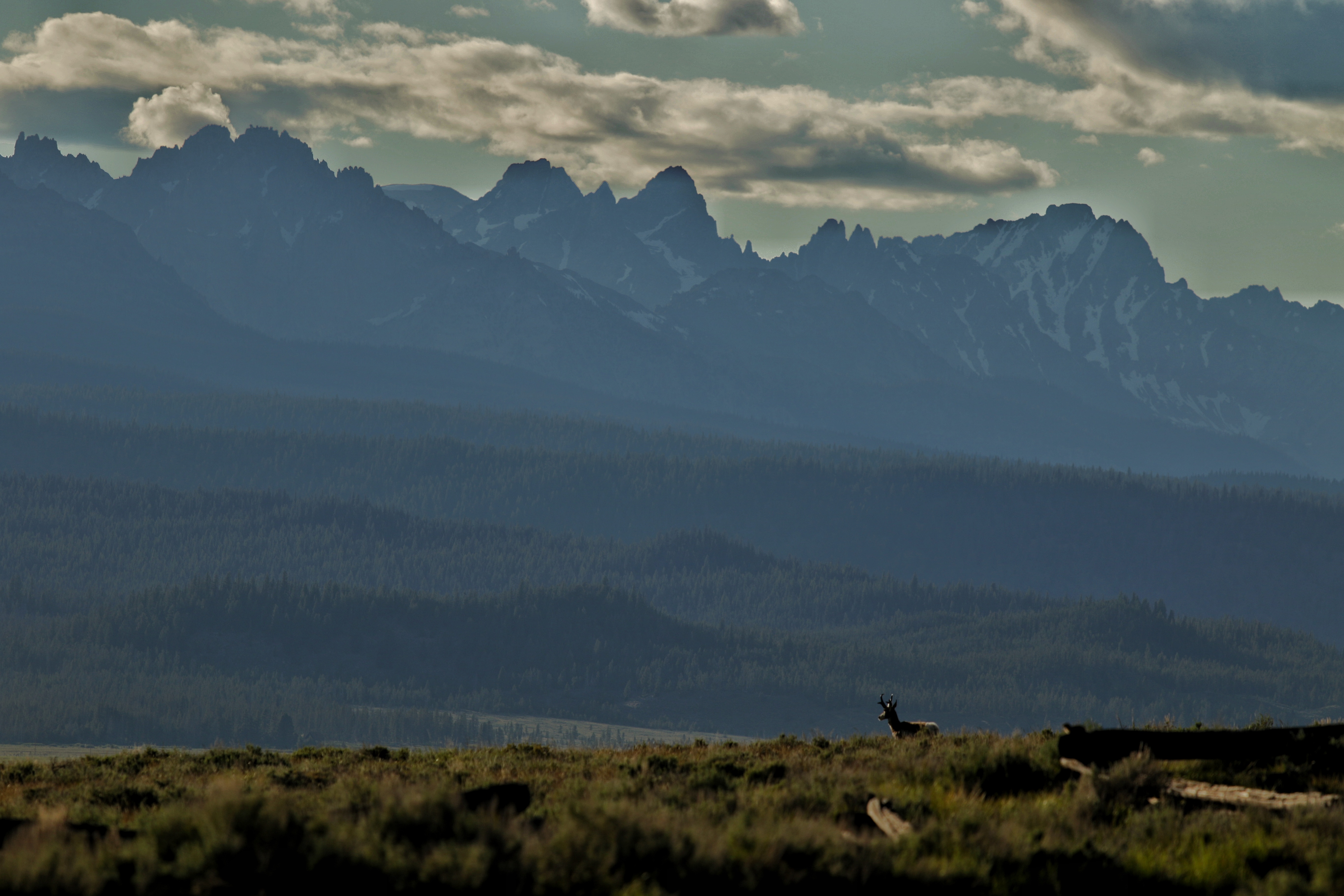 Pronghorn on lands conserved with LWCF funds in the Sawtooth Valley

The Great American Outdoors Act (GAOA) provides full, dedicated funding to the Land and Water Conservation Fund, along with addressing the nearly $20 billion in maintenance backlogs on our public lands and waters. This broad reaching, bipartisan legislation recently passed the Senate with a vote of 73-25. It is now onto the House with a vote scheduled for this Wednesday the 22nd! Idaho Representative Mike Simpson has been a champion of this bill since the beginning. We hope to see Rep. Russ Fulcher support this bill without any amendments.

The Land and Water Conservation fund in Idaho

The Land and Water Conservation Fund (LWCF) is a pretty basic idea: A portion of offshore drilling fees should be used to protect important land and water for all Americans. These are not taxpayer dollars. Unfortunately, the program is seldom funded to it's full potential of $900 million each year due to funds being appropriated elsewhere. Now is the time to fix this and ensure that funds retained in the LWCF account are used for their intended conservation and recreation purposes. LWCF supports the acquisition of land and conservation easements to protect our national parks, wildlife refuges, forests, trails, and BLM sites, grants funds to the states for local and state park needs, protects critical wildlife habitat, watersheds and recreational access, and conserves working farms, ranches and forestlands that enhance local economies. Whether you realize it or not, chances are you have benefited from the LWCF.

The LWCF has provided funding to help protect some of Idaho’s most special places and ensure recreational access for hunting, fishing and other outdoor activities. Idaho has received approximately $262 million in LWCF funding over the past five decades.

LWCF state assistance grants have further supported hundreds of projects across Idaho’s state and local parks including the Boise Greenbelt and Wood River Trails, Coeur d’Alene’s Tubbs Hill and Sandpoint’s City Beach. Active outdoor recreation is an important part of the Idaho economy. The Outdoor Industry Association has found that active outdoor recreation supports $7.8 billion in consumer spending in Idaho, 78,000 jobs across Idaho which generate $2.3 billion in wages and salaries, and produces nearly $447 million annually in state and local tax revenue. Further, the U.S. Census reports that each year over 1 million people hunt, fish, or enjoy wildlife-watching in Idaho, contributing over $923 million in wildlife recreation spending to the state’s economy.*

With the passage of the Federal Land and Water Conservation Fund Act of 1964 funds were made available to the states for the “planning, acquisition and development of needed land and water areas and facilities.” This law requires each state to prepare an acceptable comprehensive outdoor recreation plan before acquisition and development projects are considered. Idaho’s plan is the “Statewide Comprehensive Outdoor Recreation and Tourism Plan”. These projects would not have been possible if the tax burden fell on local Idahoans.

Below are some federal public land units that have received LWCF funding. Total funding- $198,200,000

Craters of the Moon NP

Over $39 million has been provided for state assistance grants to go towards planning, acquisition and development of needed land and water areas and facilities. Every county in the state has utilized this funding to build trails, parks, ballfields, swimming pools and other means of connecting society to the outdoors.

*Information provided by the LWCF Coalition