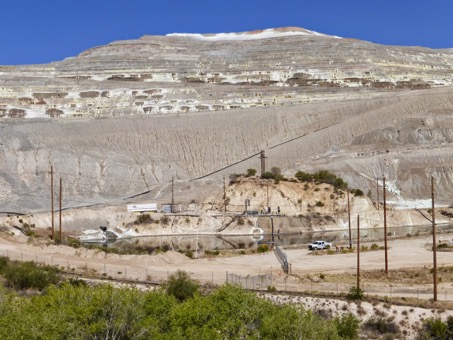 Freeport-McMoran, the internationally involved and Arizona-based mining company, has once again acquired tracts of Arizona State Lands as the lone bidder. This time, acquiring nearly 26 square miles of wild Sonoran/Mojave Desert habitat outside the town of Bagdad, Arizona. Here they will store mountains of mine tailings from their nearby copper mine, likely smothering vast areas of wildlife habitat and unique species and rendering it nearly unusable for generations to come. It was valued at a one-time, lump sum of $13.5 million, purchased by the lone bidder and nearly unable to be opposed.

This is not a fight against this corporation or mining as a whole. So long as we maintain our current lifestyles, mining will be an inherent part of it. And we inevitably will have to deal with the aftermath of tailings. This, instead, is simply a shining example in support of the fight for maintaining federal lands. In Arizona, the process of transferring state lands to private entities is exempt from much of the approval processes required in a Federal Lands transfer, making it difficult to gain footing in opposition.

These types of facilitated transfers are nothing new. In 2012, a similar instance happened south of Tucson. There, 8,300 acres of state land was purchased by the same lone bidder. That land was purchased for the minimum value bid price, of $29.64 million.

In other instances in Arizona, areas long protected by specific legislation preventing mining were sold off to foreign interests as a riders on a sure-to-pass defense bills in Congress. All the while, few were aware of what was happening.

Are these profits worth the loss of wild lands and the risk of unknown potential consequences to local communities and human health? I understand the need for mining in the modern age and am But, I’d like tohope there are better ways to solve these problems, ways which don’t involve sneaky tactics and easily facilitated land transfers that will affect many people for generations to come.

Andrew Larson is a BHA member, biologist, and freelance writer living in the mountains of eastern, AZ. Through hunting, fishing, backpacking, and always learning; he strives to become more familiar with the lands he lives in.

share on
See other posts related to arizona news
Get the latest news and stories, right to your inbox.
Search
Local Chapters