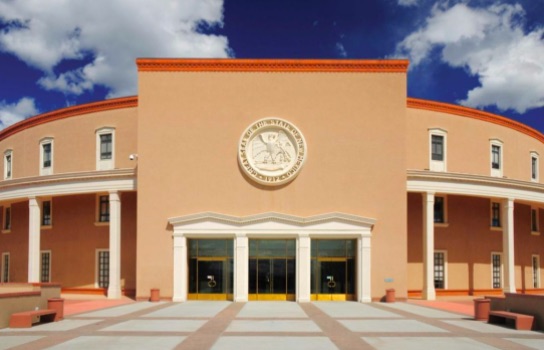 NOTE: The original post contained an error about EPLUS harvest reporting requirements. It has been corrected here.

A new report by the powerful Legislative Finance Committee says New Mexico elk hunters have been short-changed by the Department of Game and Fish over the years, through the controversial E-PLUS program that gives a substantial portion of licenses to landowners. The report, released Oct. 28, encourages the State Game Commission to revise E-PLUS to expand its benefits to resident hunters, although it stops short of making specific recommendations.

The report also encourages the Legislature to consider – again – merging NMDGF with one or more other natural resources agency, and to find creative ways to transfer sportsmen’s dollars to the state General Fund to help pay for other programs. Hunters and anglers have strongly opposed both the merger idea and the diversion of hunter/angler dollars in the past.

The Legislative Finance Committee produced the audit and will present it to the full Legislature before the 2021 session begins in January. What the Legislature does with it is anyone’s guess. But the report’s critique of E-PLUS could spur the State Game Commission into revising the program to ensure that resident hunters get a larger portion of elk licenses than in recent years.

The New Mexico chapter of Backcountry Hunters & Anglers has long raised concerns about E-PLUS, as have other organizations and individuals, saying landowners receive too many tags in exchange for the habitat and hunting opportunity they provide in return. According to the report, nearly 40 percent of all elk tags go to the state’s private land elk hunting program, which is down from historical highs but still far higher than other states. The remaining tags go into the draw.

The Game Commission has always been in the position to dramatically revise E-PLUS to provide greater benefit to resident hunters, but so far has not.

NM BHA encourages all hunters and anglers to look through the report, and to consider the implications of merging NMDGF with another agency. As usual, we plan to monitor the Legislature starting in January and will sound the alarm if it appears there is another effort to overhaul the agency or to divert hunter/angler dollars for other uses.