The latest assault on public lands includes the Antiquities Act 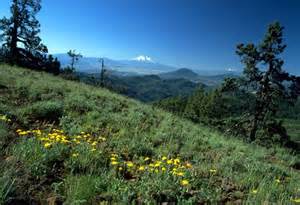 tell young people if they lost hunting and fishing access to federal public lands.  Their comments were met with a rousing round of applause as sportsmen’s groups like Backcountry Hunters & Anglers, Trout Unlimited, and the Theodore Roosevelt Conservation Partnership speak out against the transfer of federal public lands to the states.  The transfer drum beat has picked up a head of steam with a new Congress buoyed by local and state politicians who think states can better manage our federal lands now managed by the Forest Service and BLM.  Transfer studies are underway in some states and some politicians favor legislation to transfer our federal lands to state control where the temptation to sell and lease these lands for natural resources exploitation runs high.  Here in Oregon, Jackson County Commissioners have recently joined the transfer drum beat.  But, that’s only one assault on conservation of lands in America.

Another is a bill introduced by Alaska Senator Murkowski that would revoke a President’s ability to protect our public lands by blocking the President’s ability to create new National Parks and Monuments.  If passed, the bill would gut one of our nation’s most important conservation tools, the Antiquities Act.  This act has been used since 1906 by 16 Presidents from both parties to establish national monuments, including the 87,000 acre Cascade-Siskiyou National Monument here in Oregon.  The CSNM is an amazing region in the southern part of Oregon and allows hunters and anglers access into backcountry areas protected for future generations of sportsmen to enjoy.

While the drum beats seem loud for a transfer of federal lands and to block the executive ability to create national monuments one important element is overlooked – the rural economy.  Data shows that protected public lands do support our economy.  According to economists at Headwaters Economics, from 2001 to 2010, non-metro counties (rural or semi-rural) with more than 30 percent federal protected land increased jobs by 345 percent, compared to 83 percent in counties with no protected land.  Moreover, western non-metro counties with more federal protected lands had higher per capita income.  This Headwater’s report focuses on Montana’s rural economy:

To see how federal lands support our local economy, watch this video of Dean Finnerty, a hunting and fishing guide in Southern Oregon and field rep for Trout Unlimited, describing how important public lands are to his business:

The Antiquities Act has been used to protect some of our nation’s best known public lands.  The Grand Canyon is one.  The Gonzales brothers in New Mexico and many others would likely agree that it is one of the nation’s most important conservation tools that helps preserve our national treasures for future generations to enjoy.