That morning Duane shared the land with me. It was his place. Had been his place, his family’s place year after year after year. Sure, it was public land, but it felt like it had another stamp, a generational one. I felt honored. Deeply.

We set out in different directions. Duane and Duke the setter going one way. Me with my entire pack another. I walked and followed. A light breeze came off the ocean into canine noses and I followed some more. Walking. Always walking, the sun warm now, the dogs panting and threading their way west then east then south then back west, but always into the wind. Pulled by it. Beckoned by it, really. Coming back to get watered, then bursting out into it again. 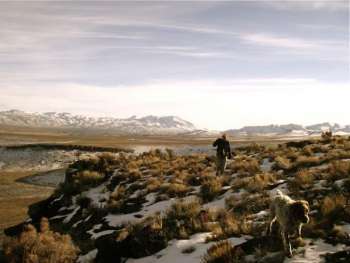 Story excerpted from "The Last Chicken" by Tom Reed, Mouthful of Feathers: Upland Hunting in the West.

About Tom Reed
share on
See other posts related to the campfire Backcountry Stories
Get the latest news and stories, right to your inbox.
Search
Local Chapters