Winter Storm Uri made headlines across the nation when it slammed into the State of Texas in February 2021. Unfortunately, the storm devastated our Texas coast, killing a minimum estimate of 3.9 million finfish according to the initial reporting by the Texas Parks and Wildlife Department (TPWD).

While most of the fish killed were non-recreational species, 9 percent were recreational species, including an estimated 142,889 speckled trout in the Lower and Upper Laguna Madre. The preliminary analysis by TPWD warranted emergency action by the Texas Parks and Wildlife Commission (TPWC), whereby speckled trout regulations for the Lower and Upper Laguna Madre were modified to a three-fish bag limit and 17- to 23-inch slot. The goal of this initial regulation was to increase spawning stock biomass during the 2021 spawning season and the emergency action expired on Sept. 27, 2021.

The true extent of this mortality event may not be completely realized until TPWD analyzes data from consecutive years of fisheries dependent and independent surveys. However, preliminary returns from the spring 2021 gill net samples were concerning, and prompted the TPWC to consider additional action to relieve pressure on the speckled trout fishery.

“The data from our Coastal Fisheries biologists clearly shows declines in spotted seatrout populations in multiple Texas bays,” said Carter Smith, TPWD executive director. “While the 60-day extension of emergency regulation changes was warranted for the Laguna Madre, additional focus on trout fishery recovery in the San Antonio and Matagorda Bay systems is needed as well. The Department’s next step is working with the TPWC to further evaluate the data, to solicit additional public input, and ultimately to secure Commission guidance on what management and regulatory actions may be necessary to facilitate the quickest recovery possible.”

Also noteworthy were low salinity levels during a portion of the gill net sampling period, which may have impacted catch rates in some bay systems. Additional information from creel surveys, boat ramp interviews, and recruitment data will help paint a complete picture for fishery managers and the TPWC, but early signs indicate the fishery needs more help to rebound.

In response, TPWC voted to enact regulation changes to help the speckled trout fishery recover and get back to pre-freeze levels, but unlike previous actions dealing with past freeze events, they have set an expiration date on any new regulations. The regulation changes are a regional and time series expansion of the emergency action taken during 2021. With an expiration date of 2023, speckled trout would have a three-fish bag limit with a slot size of 17 to 23 inches from Sargent to Brownsville, nearly two-thirds of the Texas coast. The combined effects of the bag limit reduction and slot size should provide the fishery with an estimated 27 percent increase in spawning stock biomass.

Recreational anglers have a unique opportunity to aid in the recovery of the speckled trout fishery. Individual conservation efforts, angler awareness, and ethical fish handling techniques can make a demonstrative difference in the speed of this recovery. This includes practicing “keep whatcha eat” or CPR (catch, photo, release), learning how to properly handle a fish to reduce stress and improve survivability, and getting involved in organizations and programs that promote sound conservation initiatives, i.e., CCA’s best-fishing practices program - ReleaSense (releasense.org).

Fishery regulation changes, even temporary ones, are often divisive and can stir up narratives that tend to detract from the goal of helping our fishery. The data is clear, the speckled trout fishery sustained a significantly negative impact from the freeze and needs time to recover. How quickly it comes back will be influenced by our choices on and off the water. Whether you choose to exercise your conservation ethics by keeping fewer fish, by lending your voice at public comments during regulatory proceedings, or both, you have the power to ensure a vibrant and healthy speckled trout fishery, hopefully sooner rather than later.

Join TX BHA today to receive our e-newslettter with policy news, stewardship and volunteer opportunities, and upcoming events. You can also stay up-to-date on chapter announcements and hunting and fishing conservation news by connecting with us on Facebook and Instagram. 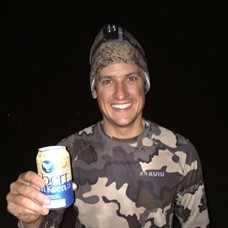 share on
See other posts related to Texas Issues
Get the latest news and stories, right to your inbox.
Search
Local Chapters