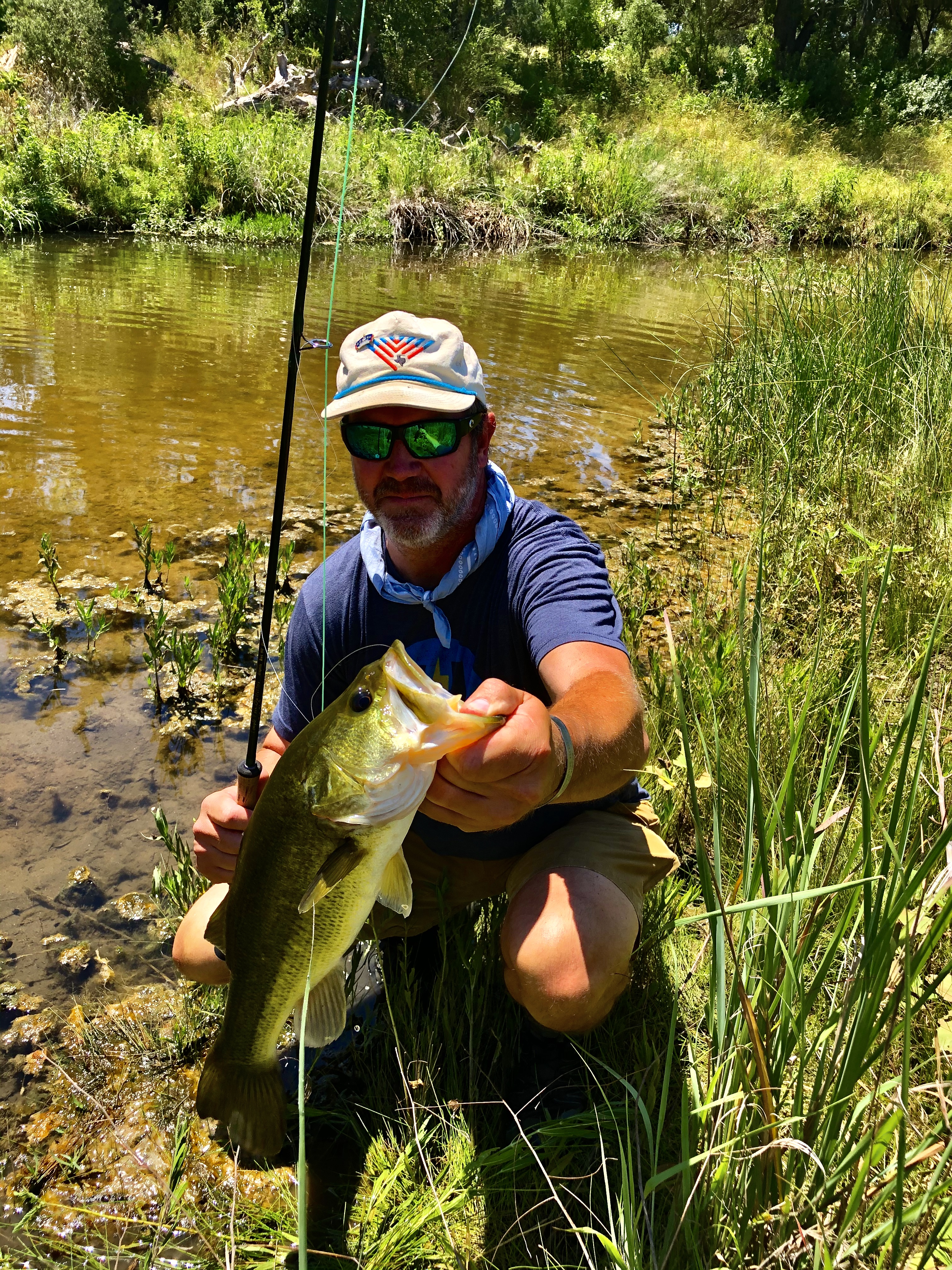 Grahame is a fifth-generation Texan who served nearly 28 years as a state game warden, retiring in 2020 as the Director of Law Enforcement for Texas Parks and Wildlife.

Grahame has been involved with conservation issues affecting the state for decades. He served on the Coastal Conservation Association state board before working for TPWD, and he strongly advocates for public hunting and fishing access across the state. He enjoys fly fishing the many rivers, lakes, and bays of Texas, and travels to public lands in Colorado, New Mexico, and Wyoming throughout the year.

Grahame graduated from Stephen F. Austin State University and attended the National FBI Academy in Quantico, VA. Grahame and his wife, Julie, live in Austin and have two daughters, Gabbie and Jali, who are both attending college. 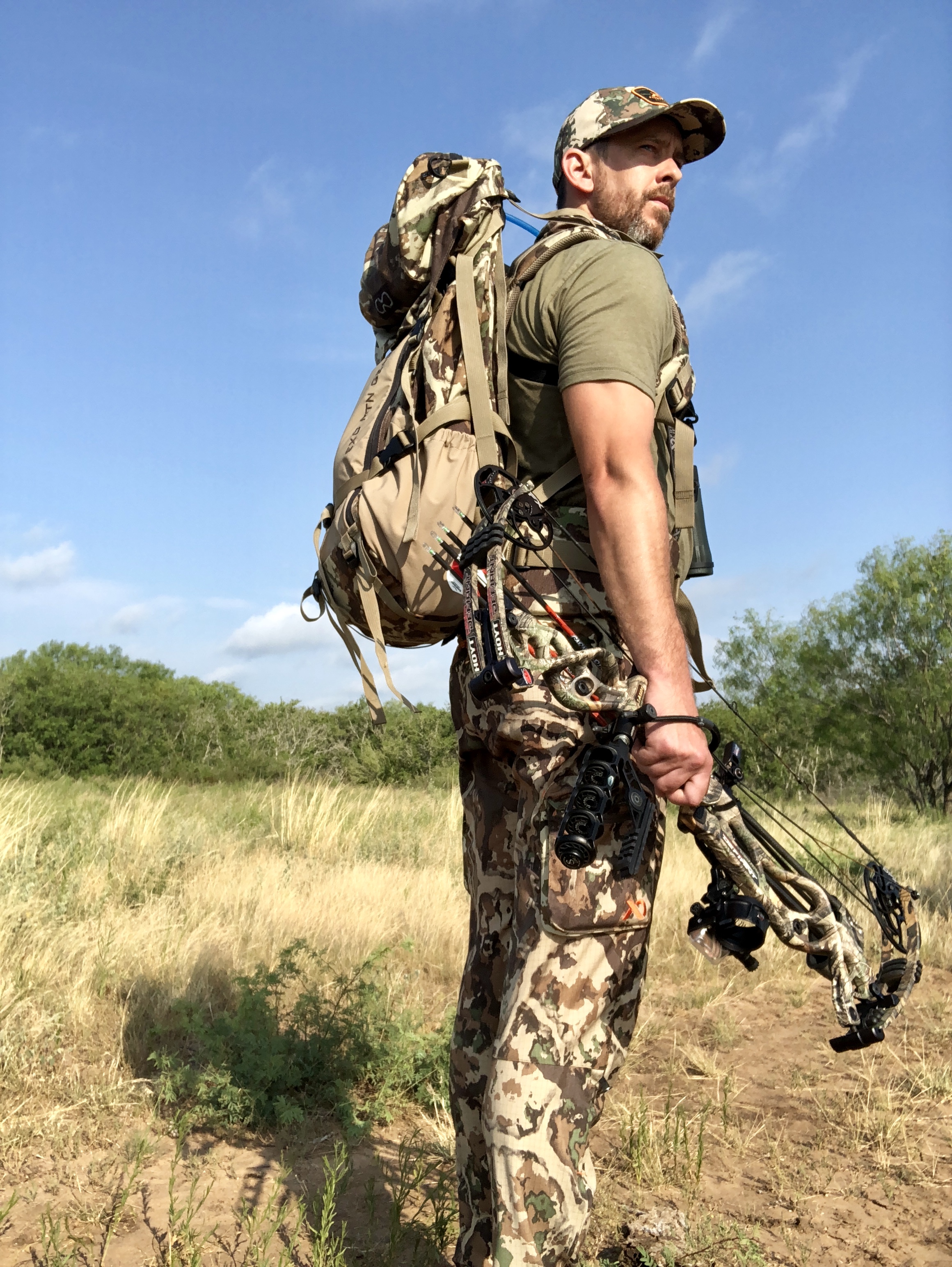 Joel grew up fishing with his family on the Texas coast and has always had a love for the outdoors. Encouraged by the locavore movement, Joel’s passion for procuring his own food led him to learn to hunt, process his own meat, garden, and cook all sorts of wild game.
As an adult onset hunter, Joel is passionate about removing the barriers to entry to the hunting world that some people find so hard to overcome. He prides himself on being available to anyone looking for help. As a board member, his goals are to help with adult hunter recruitment programs, support hunter retention, help broadcast the public lands conservation message to more Texans, and to be a voice for the conservation ethos espoused by Backcountry Hunters & Anglers. 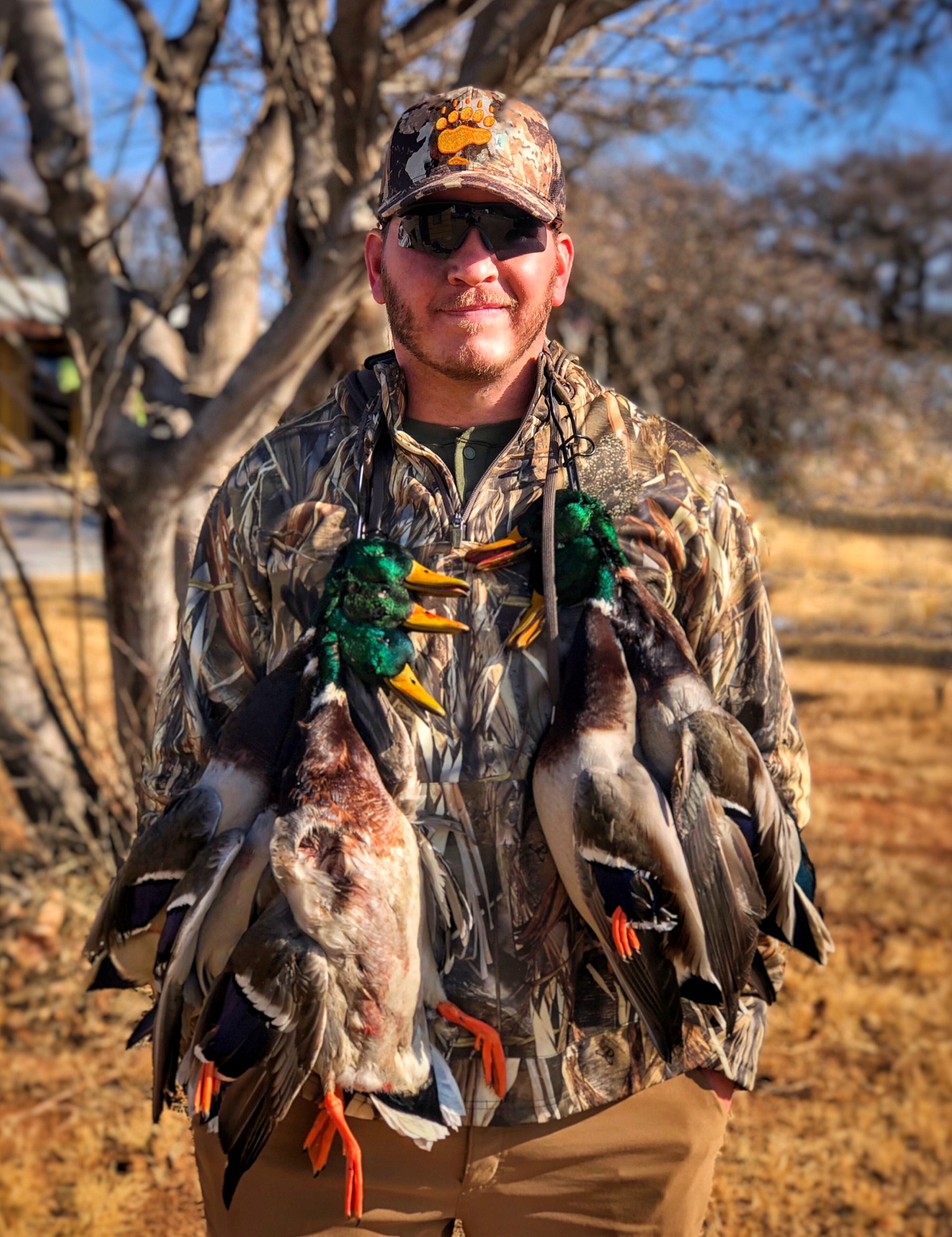 Colin is a fifth-generation Texan who grew up fishing both fresh and saltwater in Bay City, Texas. His late father taught him to dove hunt at nine years old, and since then Colin has broadened his hunting horizons – from hog hunting in central Texas to pheasant hunting in South Dakota. He looks forward to following in his father’s footsteps by adding big game to his list.

Colin enjoys any outdoor adventure with his wife, Brittany, newborn son, Knox, and Chesapeake Bay Retriever, Dixie. As a passionate defender of public lands and waters, an active member of several conservation organizations, and certified “Huntmaster,” Colin looks forward to working with his fellow board members to further establish Texas as a leading chapter within BHA. 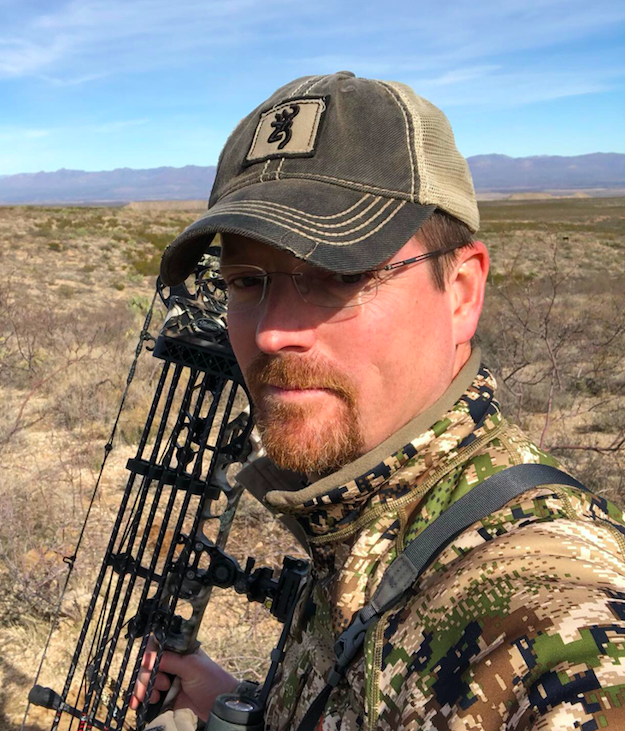 Chris grew up in Southwest Oklahoma and developed a love for the outdoors early in life. His father and grandfather taught him how to hunt turkey, quail and deer, as well as fish the local waters during his childhood. At a very young age he was given his first bow and began his lifelong pursuit of bowhunting big game.

He moved to Houston with his family in 2003 after completing an M.B.A. from Oklahoma State University, and fell in love with saltwater kayak fishing while exploring the coastal bayous of the area. Later in life, Chris began to travel West to hunt and fish in Alaska, Montana, Wyoming and Arizona. He is passionate about being an advocate for public lands, water and conservation, and is honored to serve on the board of the Texas chapter. 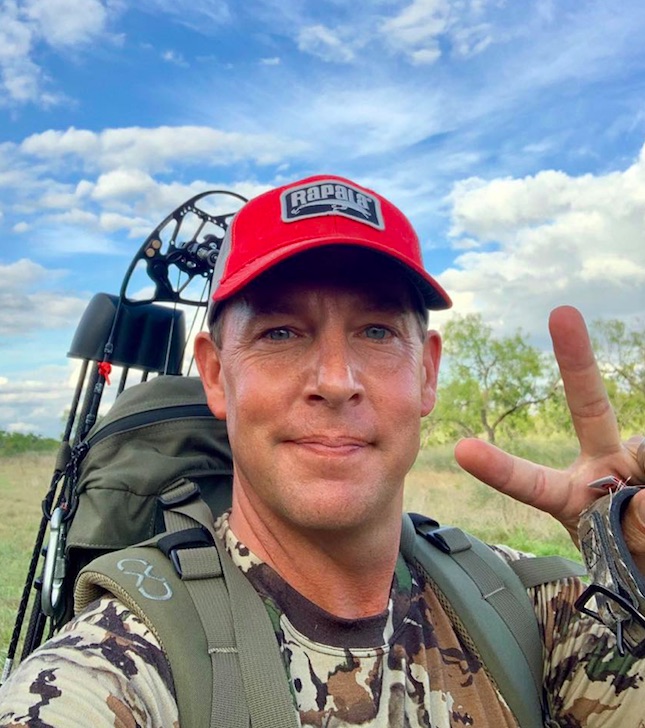 John grew up in Georgia and moved to Texas in 1998. He fished and explored the North Georgia mountains with his Granddaddy and went on the occasional dove hunt as a child. John’s passion grew stronger when he found waterfowl hunting. He started chasing whitetails about 10 years ago in Texas and picked up a bow a few years later. John now lives in central Texas with his wife and two daughters.

John is passionate about the BHA mission. As a certified “Huntmaster,” he has enjoyed organizing and leading hunts for the BHA/TWA Adult Mentored Hunting Program. As R3 Chair, John will focus on providing more hunting and education opportunities to novice hunters interested in keeping the Texas hunting heritage alive. 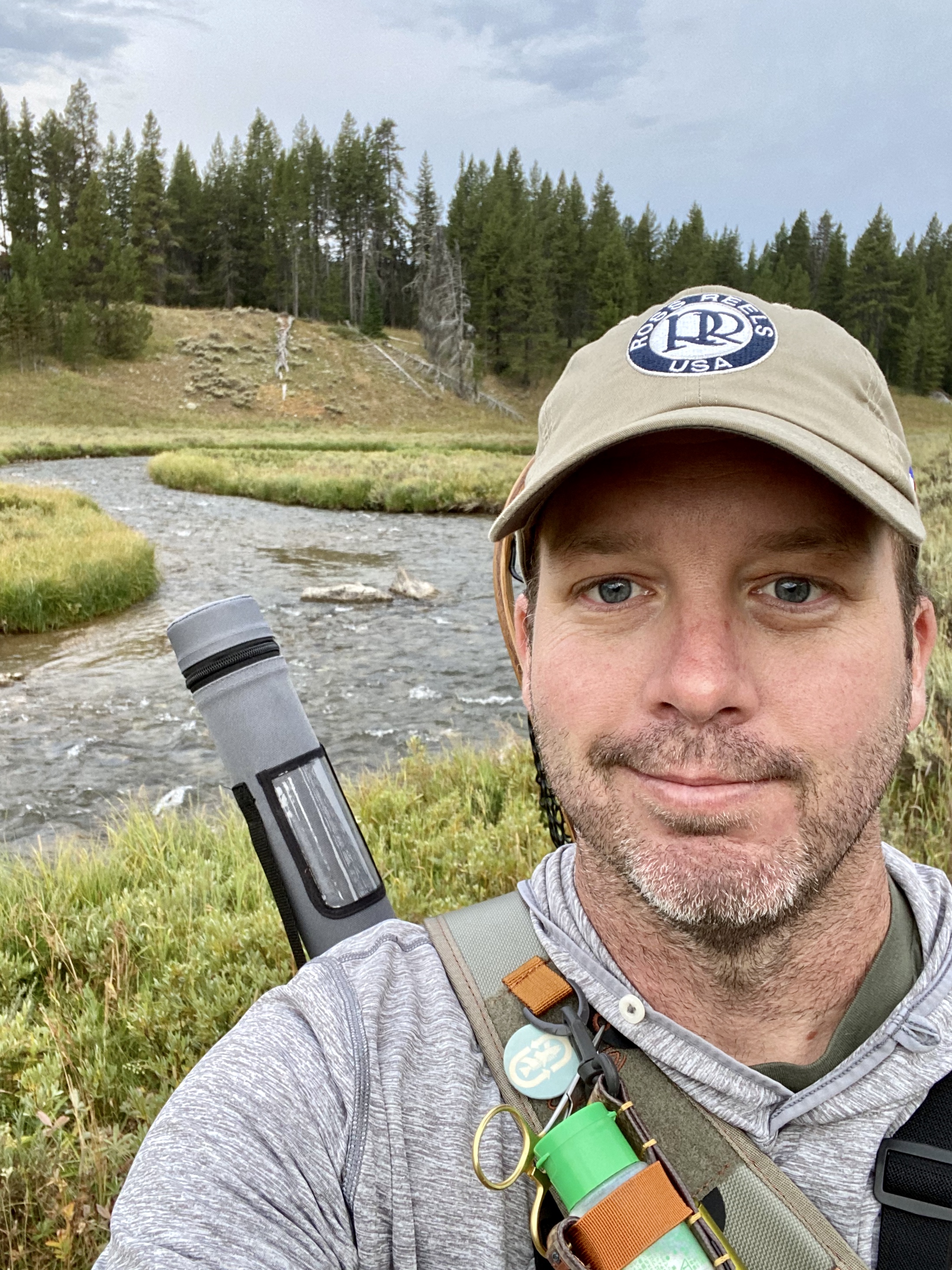 Tim grew up on the Central Coast of California. With the Sierra Nevadas to the east and the Pacific Ocean to the west, there was no shortage of opportunities to enjoy public land.

After high school, Tim guided fishing trips into the backcountry of Yellowstone – an experience that changed the course of his life and his views on conservation. Later, Tim founded a music management company and spent time touring the country with the bands he managed.

He and his wife, Laura, moved to Texas in 2012, and own a homestead with more than 30 animals. In his free time, Tim enjoys fly fishing, hunting, and traveling. 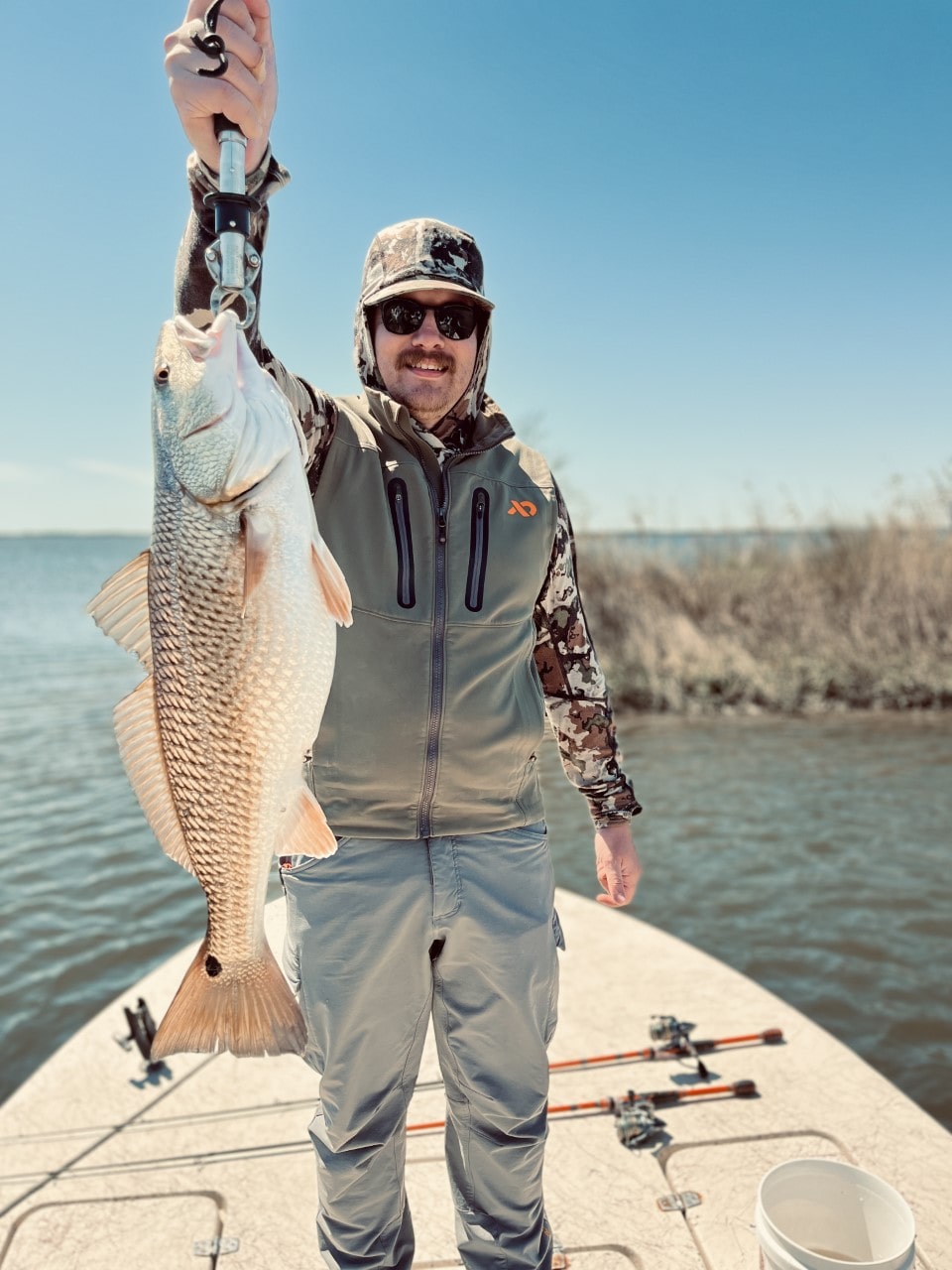 Kyle is a 5th generation Texan who grew up in the ranching community of Archer City, Texas, hunting white-tailed deer and fishing for catfish with some rabbit and duck hunting thrown in the mix.

Currently Kyle lives in Cypress, Texas, and is finishing a degree in Environmental Conservation at Southern New Hampshire Univeristy where his studies focus on wildlife management and historical ecology. Kyle has done research on topics such as, invasive species management, fair chase and hunting ethics, American bison ecology, and the 19th century American fur trade. Kyle believes in conservation through hunting and has a passion for educating everyone about the importance of the conservation of our wildlife and our public lands.

He also enjoys cooking wild-game for friends and family, especially those who have never had wild game. Some of his favorite meals to cook are Squirrel and Dumplings and Venison Barbacoa.

Danielle Prewett - Board Member at Large 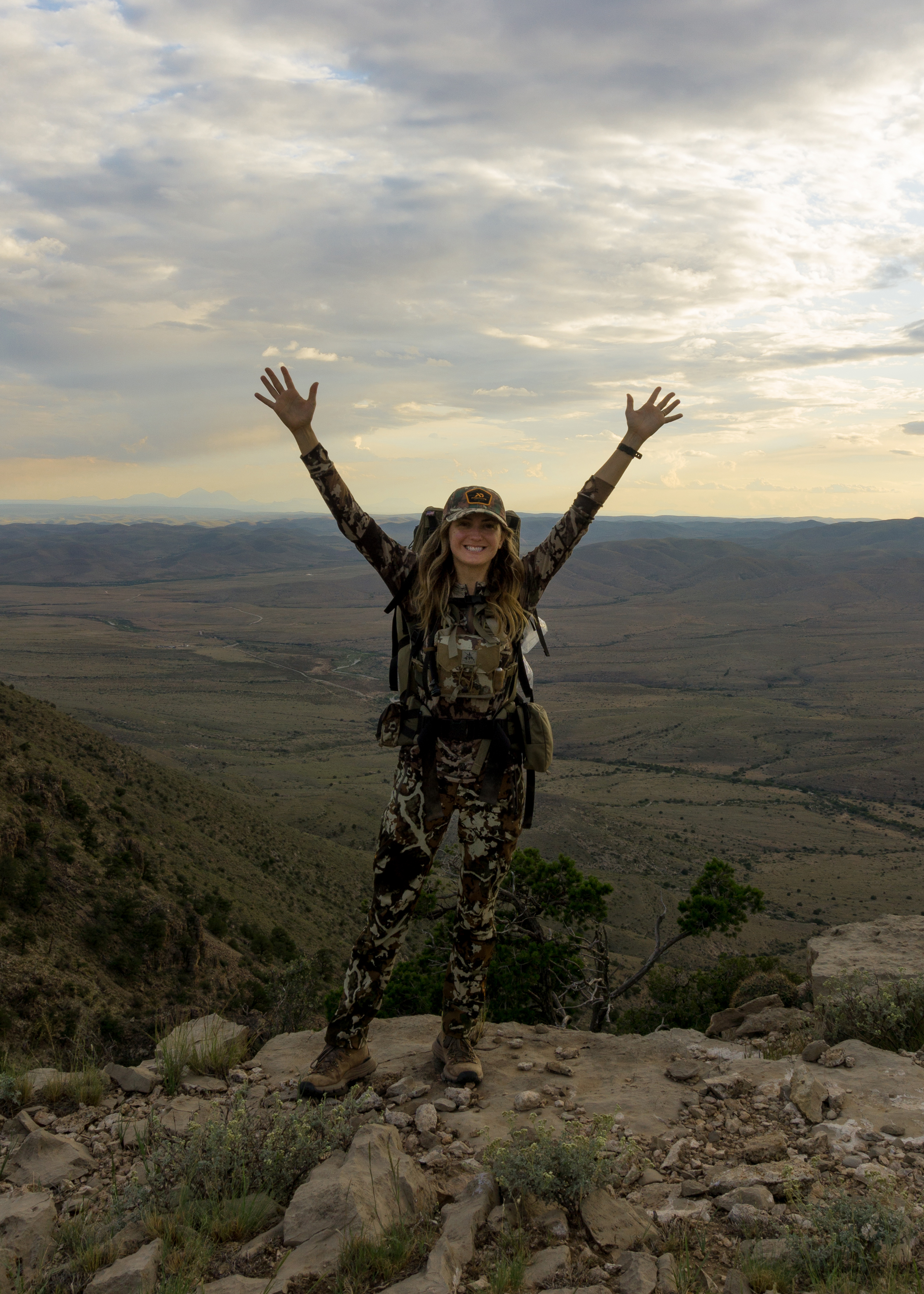 Danielle lives in Houston with her husband and two bird dogs, a Golden and a Draht. She became an outdoorswoman later in life after discovering how hunting, fishing, and foraging allowed her to eat consciously and live mindfully. From chasing sharptails in the North Dakota grasslands to catching drum off the Texas coast, harvesting food on public land and water is something she treasures. Danielle celebrates the natural bounty in her kitchen and enjoys teaching others how to cook wild game as a contributing editor for MeatEater.

Shane Bonnot - Board Member at Large 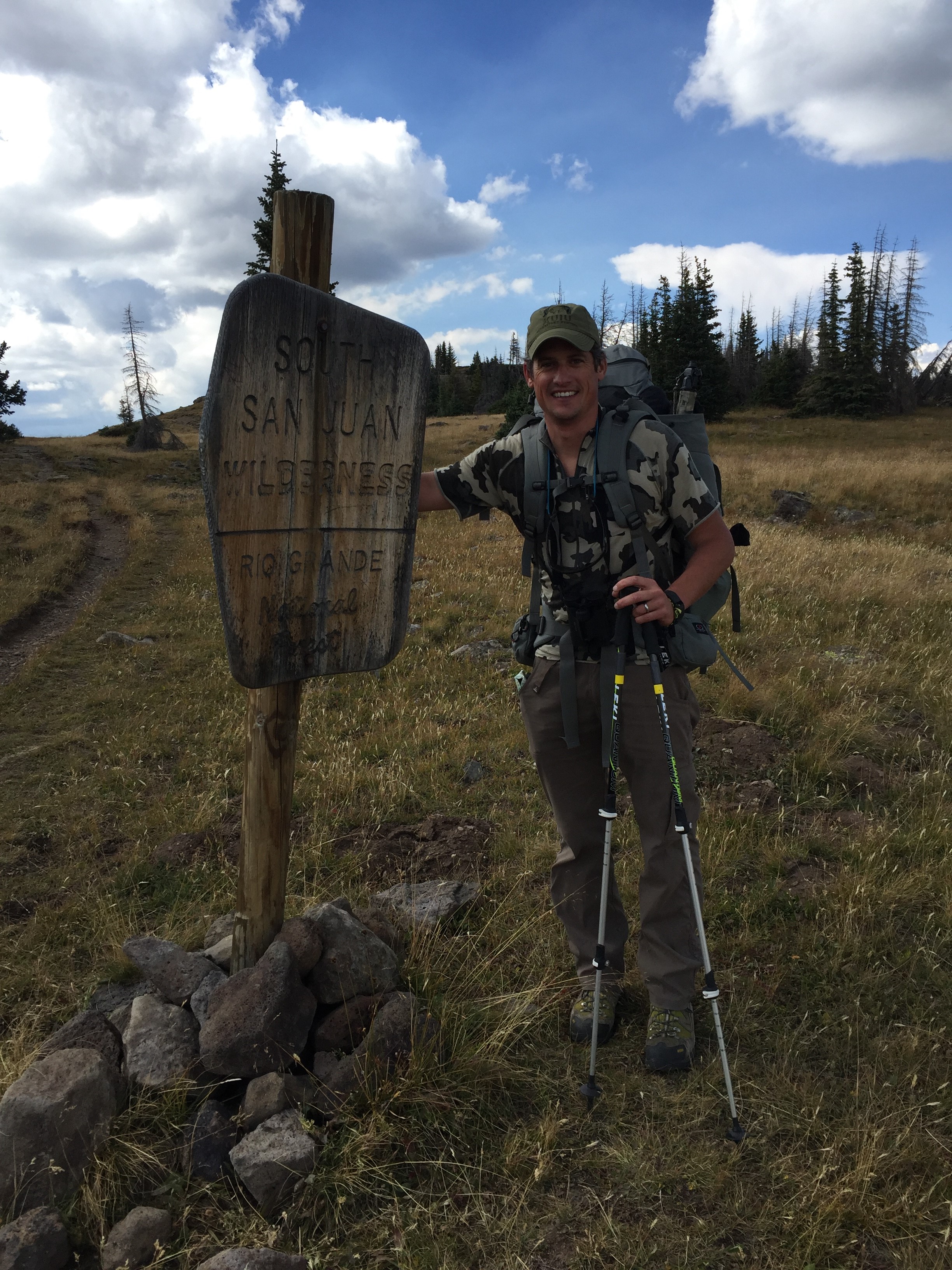 As a sixth-generation Texan, Shane grew up hunting and fishing near the coast. He graduated from Texas A&M University with an Animal Science degree and later received a Master of Science degree from Texas A&M University - Corpus Christi. After college, he worked for the Virginia Institute of Marine Science as the oyster hatchery manager. In 2006, he moved back to Texas to work for Texas Parks and Wildlife, spending five years as hatchery biologist and another five years as hatchery manager. He currently works as the Advocacy Director for Coastal Conservation Association - Texas.

Shane enjoys hunting public lands and is fortunate to have family property in Jackson County, where he pursues whitetail and wild pigs. He lives with his wife and three children in Lake Jackson. 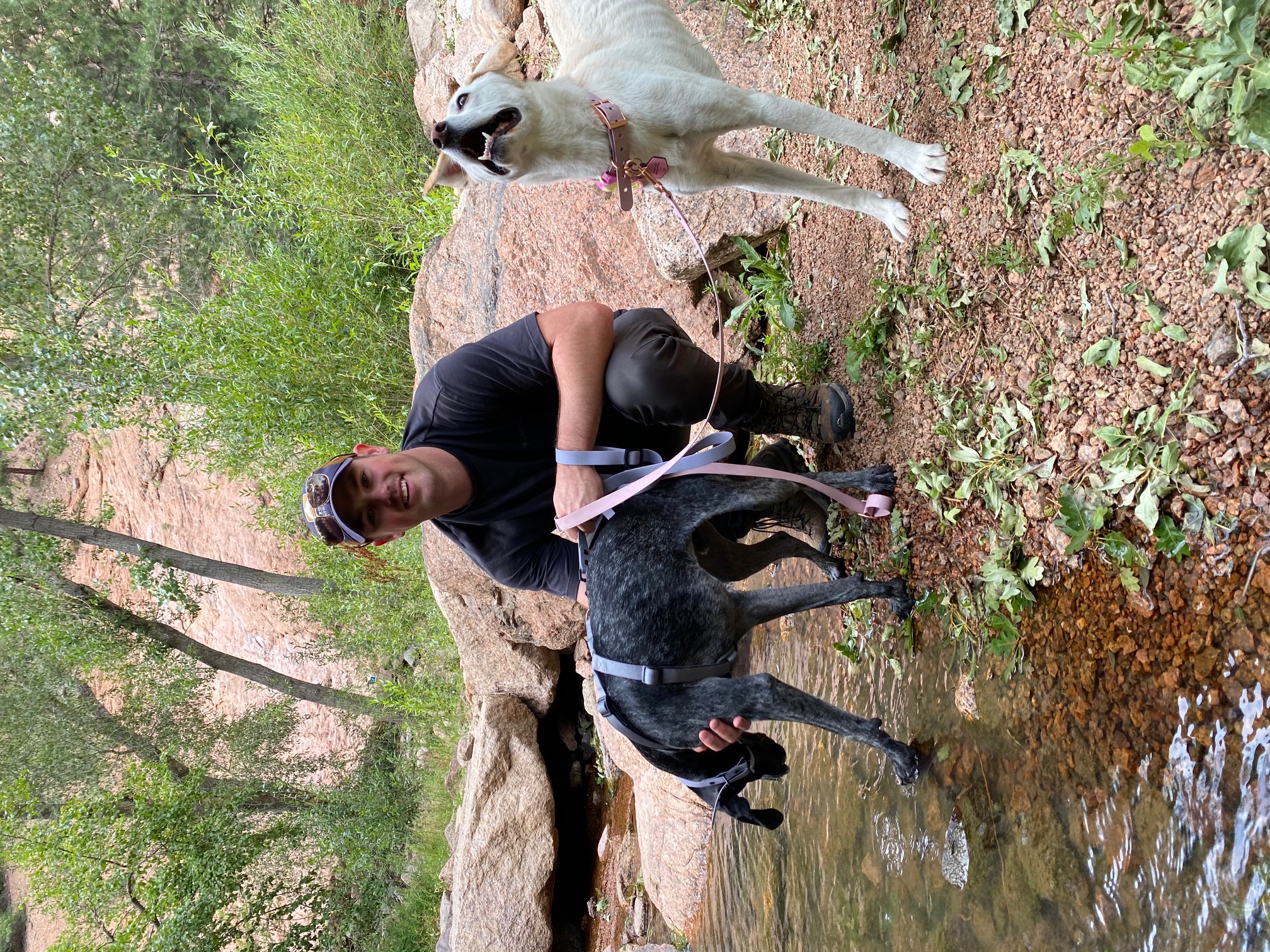 Jerrod was born in a small town west of Fort Worth. He joined the U.S. Army at 19 and spent his free time enjoying the vast public lands of Colorado and the lakes of upstate New York while stationed there as a UH-60 Flight Instructor.

Coming from a non-hunting family, it is important for him to help others with a similar background to have the same experiences he’s had. Jerrod knows public land in Texas is limited. He hopes to be an integral part in not only growing the community of hunters within the region, but also helping conserve and increase access to new areas. Jerrod now lives in Fort Worth with his beautiful wife Katelyn and their two dogs, Riley and Jackson. 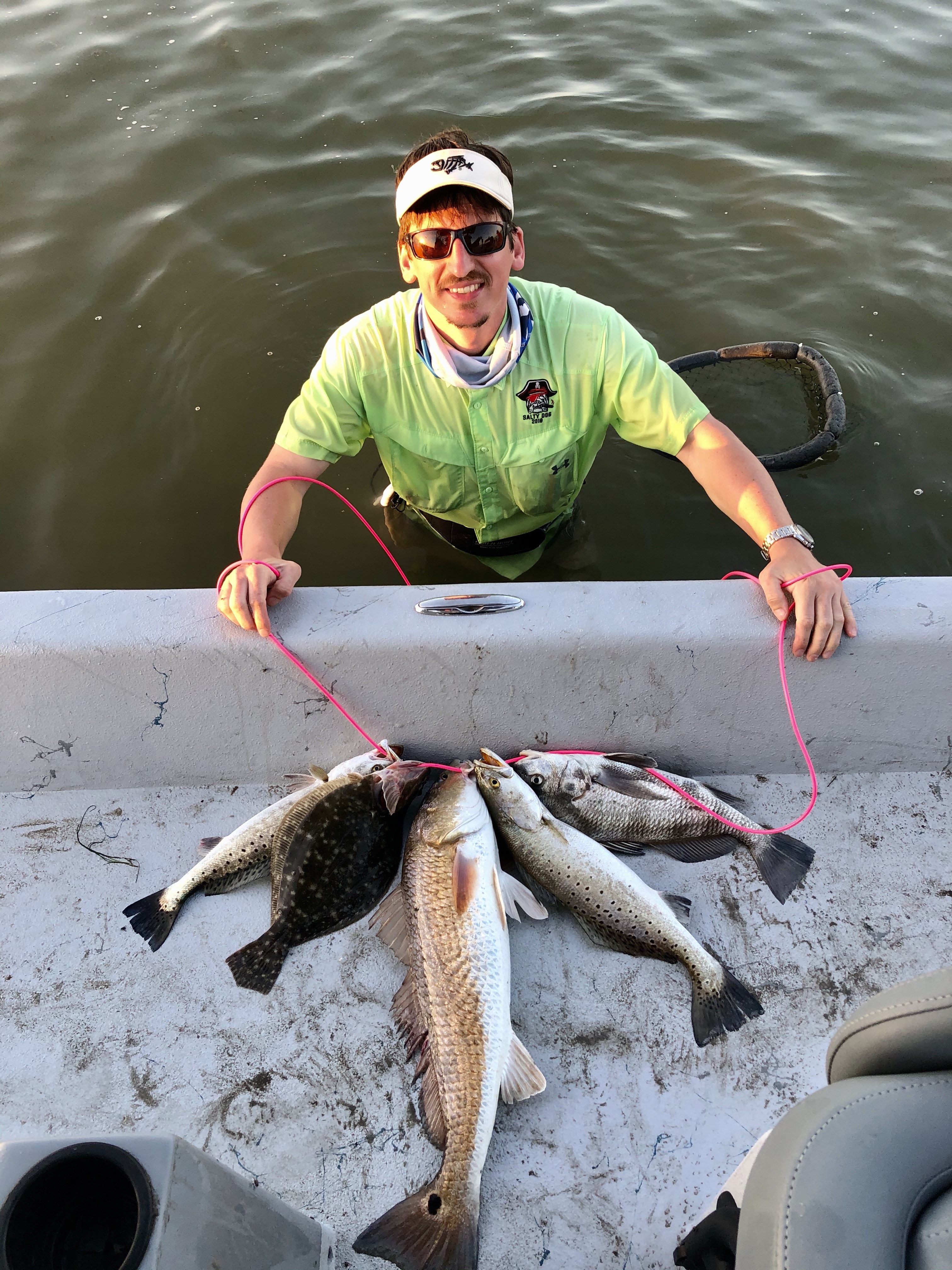 Judson is a native Texan and grew up camping, fishing, and enjoying many other outdoor activities across the state. As a student at Texas A&M, he began waterfowl hunting on nearby public land and served on the board of the Texas A&M Ducks Unlimited chapter, where he became a conservationist.

As an adult, he continues to hunt and fish, bringing his friends and family with him to share his experiences firsthand. More recently, he was inspired to seek new adventures and grow as an outdoorsman. He joined BHA to give back to the resources he enjoys and help ensure these opportunities remain available to everyone. 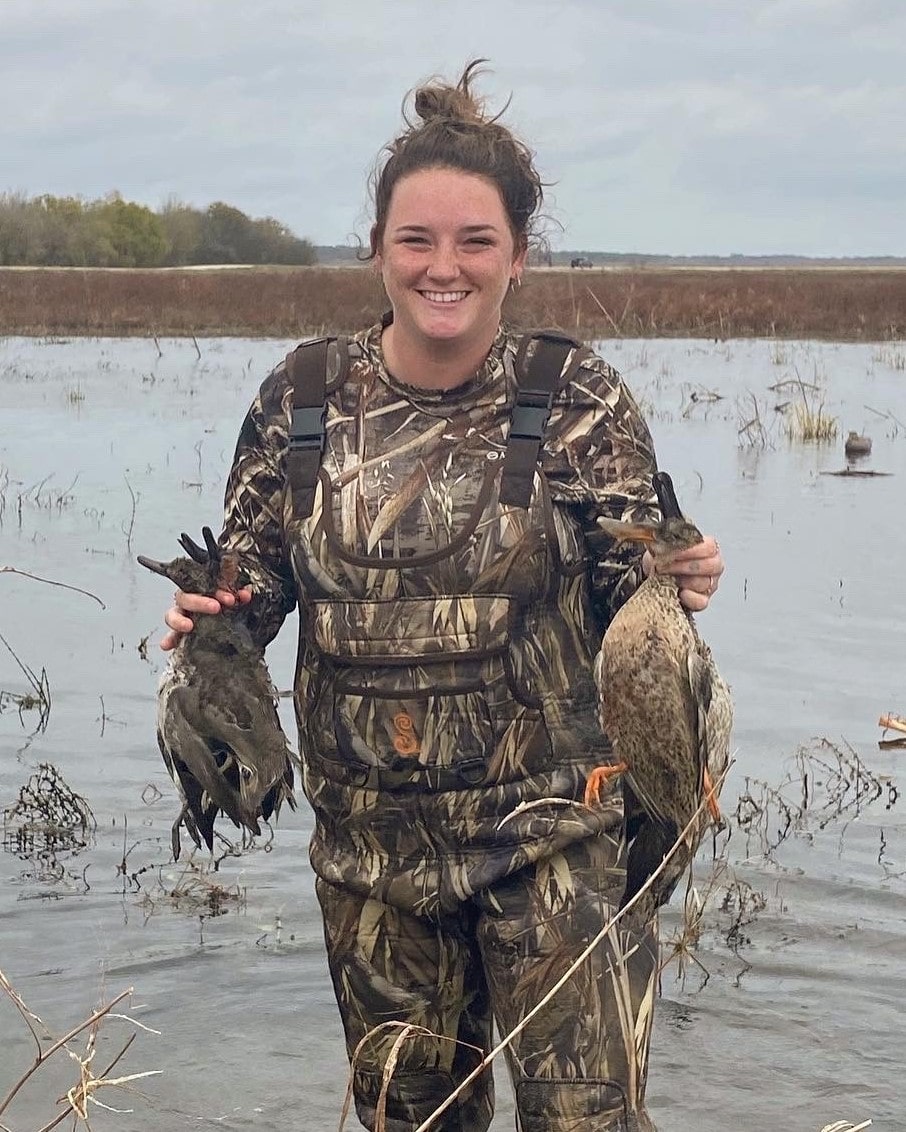 Angela was born and raised in the heart of the Texas Hill Country. She spent her youth running the Llano and Colorado rivers and hunting whitetail with her dad. She went to Tarleton State University for her B.S. in Environmental Science, where she was introduced to public land hunting for the very first time. It opened her up to all types of hunting she wasn’t afforded on a private lease, like duck hunting.

Angela is the social media coordinator for Texas BHA, where she loves to connect with other hunters and anglers and help expand interest in wildlife and wild places. 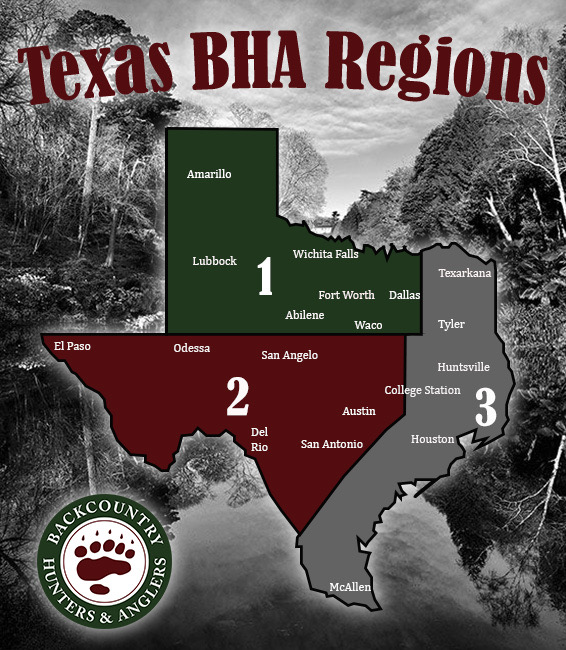 share on
See other pages related to Texas BHA
Get the latest news and stories, right to your inbox.
Search
Local Chapters