In a show of support for the wild places and history of Texas, voters overwhelmingly approved Proposition 5 at the polls earlier this month — dedicating much needed funding to parks and historical sites statewide.

Proposition 5 added language to the Texas Constitution to automatically dedicate revenue from the sales tax on sporting goods to Texas Parks and Wildlife Department (TPWD) and the Texas Historical Commission (THC). State law prior to the vote on Nov. 5 simply allowed lawmakers to give that revenue to TPWD and THC, but it was ultimately up to them to decide how much to allocate. Except for in recent years, much of that revenue was used for other purposes.

The Texas Coalition for State Parks, a group that includes the Texas Chapter of Backcountry Hunters & Anglers, estimated that from 1993 to 2017, parks only received an average of 36 percent of an average tax revenue of $95 million. Thanks to Prop. 5, TPWD is promised 93 percent of all tax money from the sale of sporting goods. The remaining will go to THC.

Richard Rosenthal, policy chair of the Texas Chapter of BHA,said the amendment is a great way to help BHA meet its access and opportunity goals in the state.

“The Texas Chapter of Backcountry Hunters & Anglers is delighted that Texas voters overwhelmingly approved Proposition 5,” Rosenthal said. “Increasing access to public lands for hunting and fishing is our chapter’s number one goal. Although Texas is the second largest state in the union, less than three percent of the total land is publicly owned. Permanently dedicating revenue from this existing sales tax is a terrific start to help increase that percentage.”

In Texas, a two-thirds vote is needed in each chamber of the state legislature to refer a constitutional amendment to the ballot, where it will then be up to the voting public. This bill was introduced to the legislature as Senate Joint Resolution 24 and had near unanimous bipartisan support. State Rep. John Cyrier, R-Lockhart, and State Sen. Lois Kolkhorst, R-Brenham, were early supporters of the joint resolution.

Reed Morian, Chairman of the Texas Parks and Wildlife Commission, thanked lawmakers for putting the proposition on the ballot and building the support needed to pass. He also thanked all the supporters of Prop. 5 who helped inform the public of the need for this piece of legislation.

“We would like to extend our deepest gratitude to the people of Texas for voting to approve Proposition 5 and thus securing the future funding of parks and historic sites across this state for generations to come,” Morian said in a news release. “With this constitutional amendment, voters have given the Texas Parks and Wildlife Department and The Texas Historical Commission a chance to make real progress toward addressing the needs of parks and historic sites statewide.” 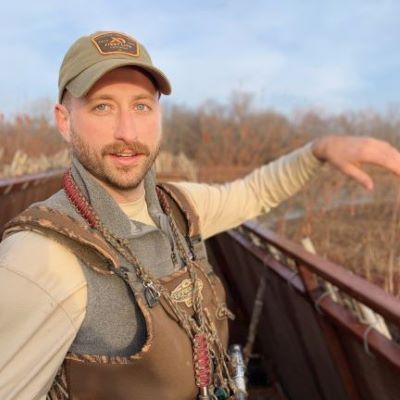 share on
See other posts related to Texas BHA Texas Issues
Get the latest news and stories, right to your inbox.
Search
Local Chapters