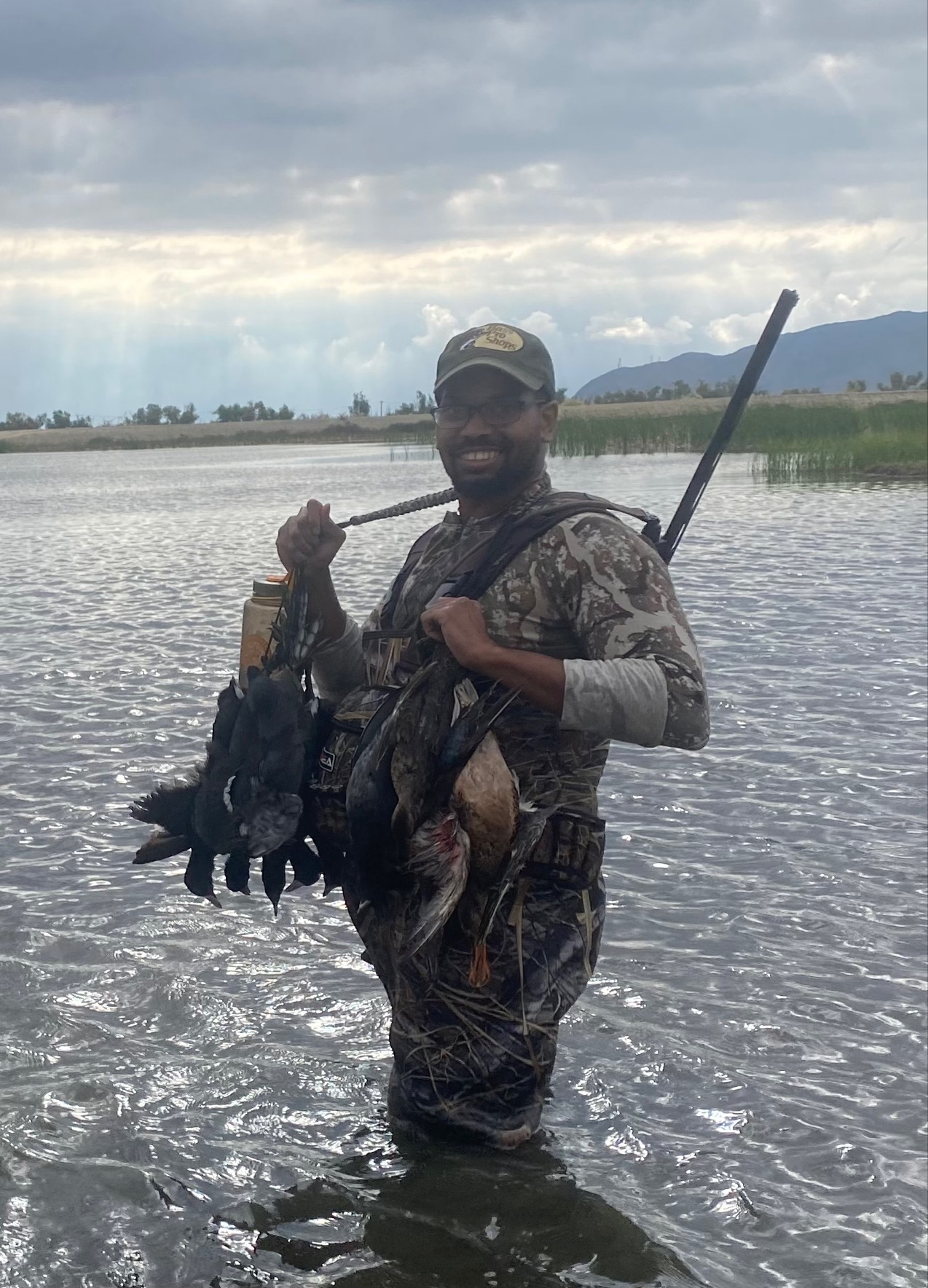 Terrence Hopkins grew up in Ohio and moved to Southern California after joining the military. After he left the military in 2019 he started studying accounting at Cal State Fullerton as well as learning to fish and hunt in his free time. Public lands and the lessons, adventures and opportunities they have given him have been irreplaceable. That is why he decided to become an active member in BHA to help conserve and protect these places and educate people about them and the North American Model of Wildlife Conservation. When he’s not out exploring public lands, Terrence is spending time with his boxer, in the gym, and mostly studying at school.

Terrence founded the California State Fullerton Collegiate Club in 2022 and has been a huge asset to the California chapter this year. In addition to hosting tabling events, monthly meetings and galvanizing support for his club, Terrence has hosted a number of events in Southern California already this year, including a saltwater pier fishing day and bbq, a saltwater fly fishing tutorial, and a public land packout and spotlight on southern steelhead. He also has a public land clay shoot and cleanup organized for the end of October and a guzzler maintenance project scheduled for November.

Terrence harvested a nice wild boar this year and is also a hell of a wing shooter. On behalf of the California chapter of BHA and the entire organization, we are grateful for your dedication and inspired by your work ethic.