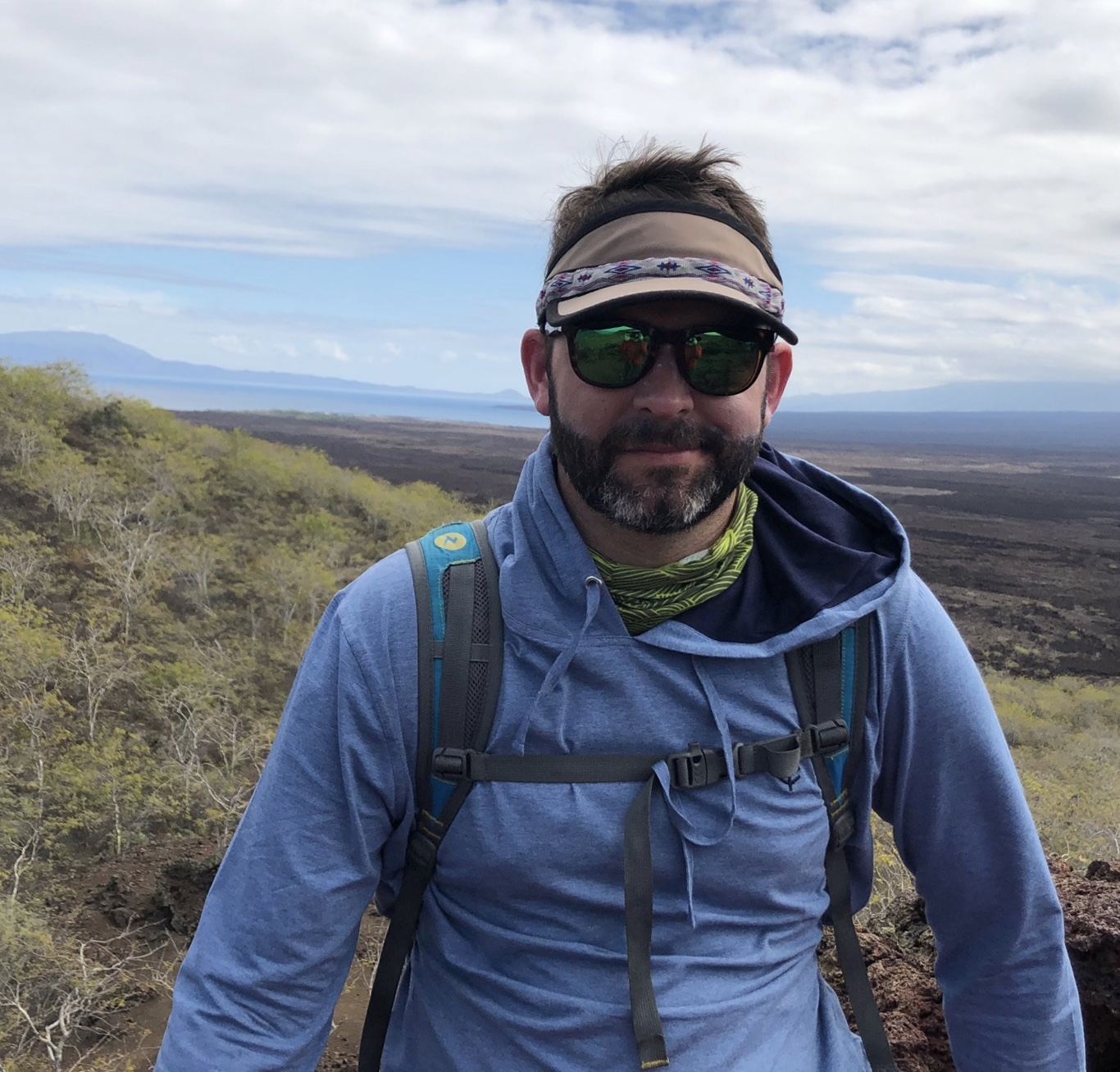 I grew up hunting, fishing and exploring our public lands and waters in West TN.  It is that time that nurtured my deep appreciation and love for the natural world. I joined BHA because I wanted to be involved with an organization that would work to protect our wild places. 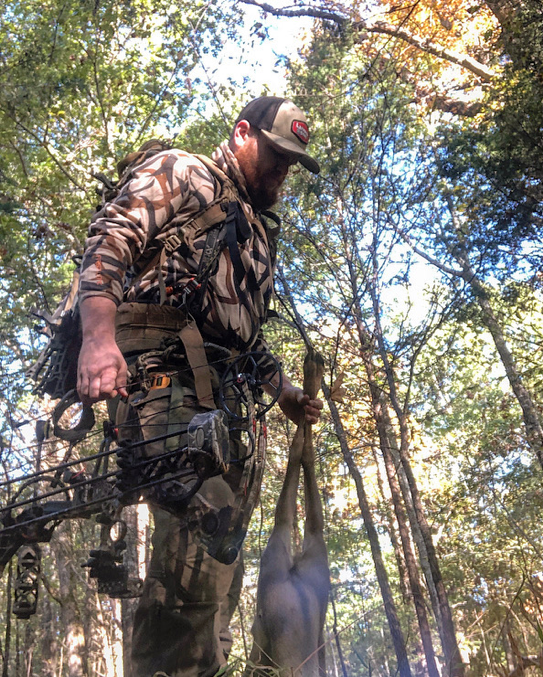 Born & raised in Jasper County, Illinois, Harold Elie grew up hunting quail, dove, squirrel, rabbit, deer, and turkey in the Embarras River Bottoms, a small tributary river that received its name from early French explorers who found themselves “embarrassed” by the winding river & all of the obstacles that it presented. Along with hunting the agriculture-lined river bottom grounds, Harold’s family also found state parks that provided public hunting to be a great resource. Some of Harold’s first hunts took place on public land in Illinois, and unlike a majority of the community who would turn their nose to the idea of hunting public grounds, Harold’s family embraced the opportunity.

Harold currently resides in Nashville, Tennessee, working in the music industry and hunting public land full time. Land poor, and with week days as his weekends, Harold finds himself utilizing public land now more than ever and has continued to fill his freezer from hunting local public grounds. Not long after its inception, Harold joined Backcountry Hunters & Anglers, encouraged to see a lobbying organization fight for our country’s public & wild places. Feeling compelled to give back to the land that has given so much, Harold joined the local Tennessee Chapter and is now on the board serving as the Vice Chair of Events.  Whether it be a pint night, storyteller, or wild game dinner, Harold is looking to build a community for public land hunters to enjoy what they’re working hard to protect & to show the general public that we are stewards of these public lands. 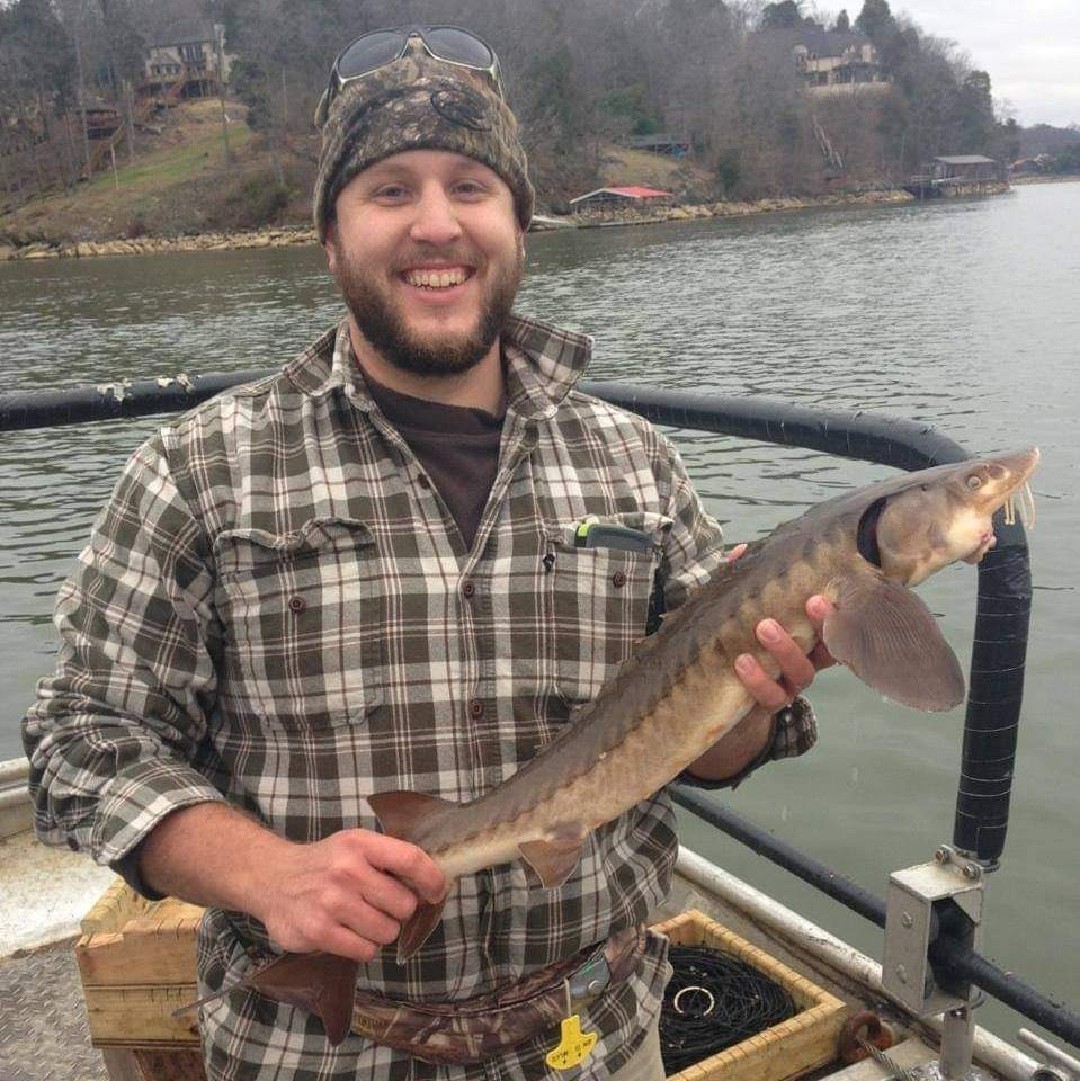 I grew up in Tennessee and spent most of my time hunting and fishing the areas around Kentucky Lake. My father worked for TWRA so I became interested in working with wildlife at a young age. I graduated in 2012 from the University of Tennessee in Knoxville with a degree in Wildlife and Fisheries Management. I went on to work all throughout the Southeast for multiple organizations. I worked at federal hatcheries raising fish to be stocked in public waters. Also, I worked on multiple WMAs performing species inventories, timber stand improvements, and collecting forage data. I currently work as a Terrestrial Zoologist which requires me to evaluate impacts to Threatened and Endangered species throughout portions of 7 states. One of my main focuses in my current position is evaluating impacts to bat species.

Though I grew up hunting private land, I haven’t always been stationed close enough to make use of it. However, almost every town I’ve landed in for work had public land close by. BHA is the first organization I’ve encountered specifically focused on keeping public land in public hands. Without public land, many people would have limited or no access to hunting. Not only is that a depressing thought for those people, it also means less money is coming in to fund conservation. Because of this I see BHA as not only a conservation group of the everyday hunter, but also a supporter of wildlife conservation starting at the grassroots level. Who wouldn’t want to be part of that? 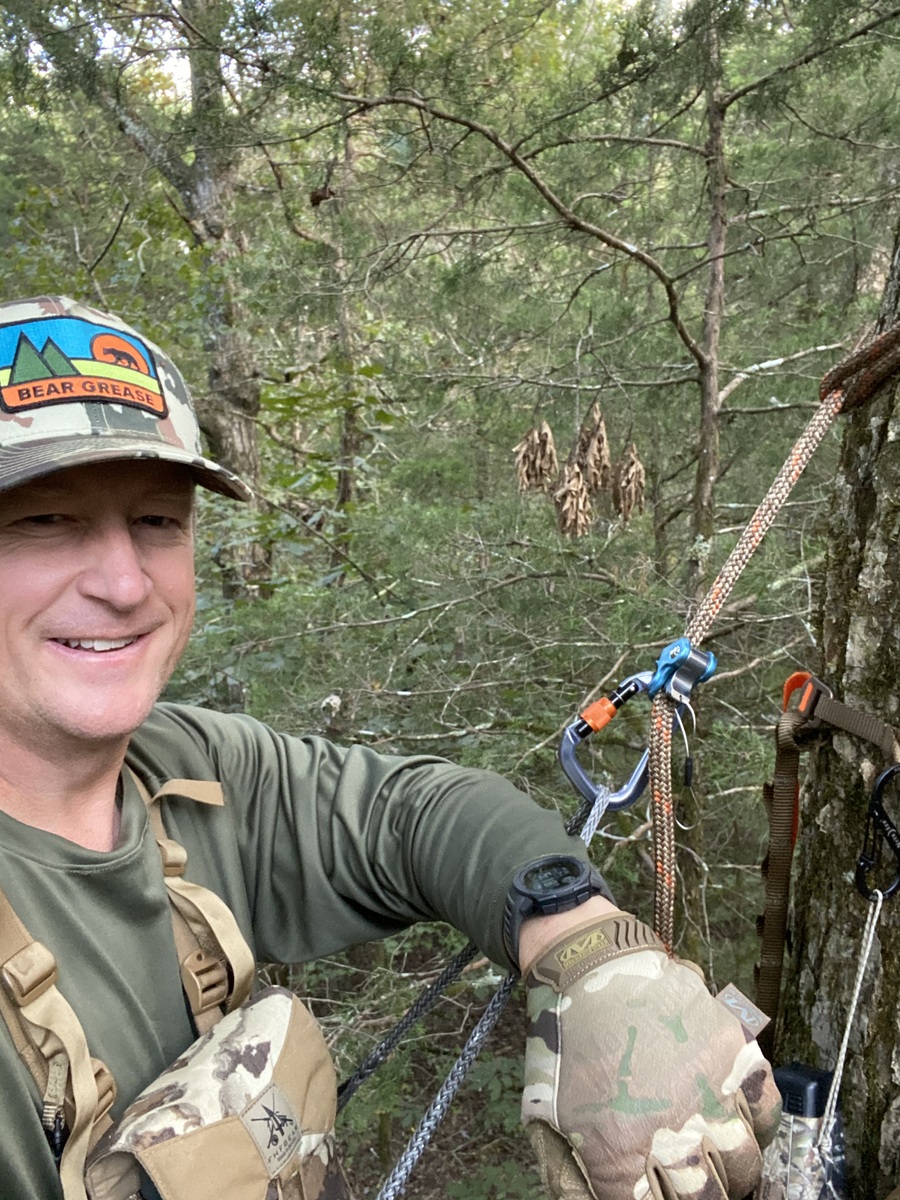 Matt grew up in Middle Tennessee and is a lifelong Tennessean with roots here that go back to right after the Revolutionary War. He grew up fishing on Kentucky Lake which he would not have identified as “public land” at that time. Taking Hunters Ed in PE class during 7th grade made a huge impression on him and he was bitten with a deep desire to hunt. He rapidly got into bird hunting, deer hunting, and goose hunting. Most of that early hunting was done on private ground. Attending college in East TN he explored the rugged mountains while mostly backpacking and his love of the wild public lands grew. While in college he moved to the Tetons one summer and he got his first real taste of what has been preserved for us all in our public land inheritance.. Something about the scale of the mountains and sky zapped his brain. He loved these wild places. Only in the last few years did he come to understand the precarious nature of the future of our wild public lands. He discovered the mission of Backcountry Hunters & Anglers and immediately raised his hand to volunteer. He wants his family and children to have the same options for discovery in the wild as he had. Once these places are gone--they aren’t coming back and deserve our best efforts to protect them. 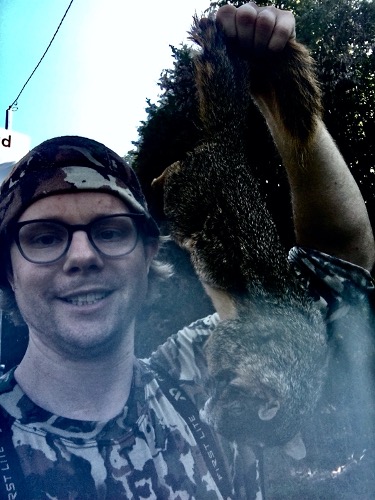 I grew up in the Midwest, where public lands were always a welcome respite from suburban living. My fondest childhood memories are of fishing for northern pike and musky in the remote parts of the North Woods of Wisconsin, Minnesota and Ontario. My lifelong love for the outdoors led me to seek more ways to get in tune with it, which is how I became an adult onset hunter. Moving to Tennessee was a blessing that opened up opportunities unavailable in public-land poor Northern Illinois and Indiana. 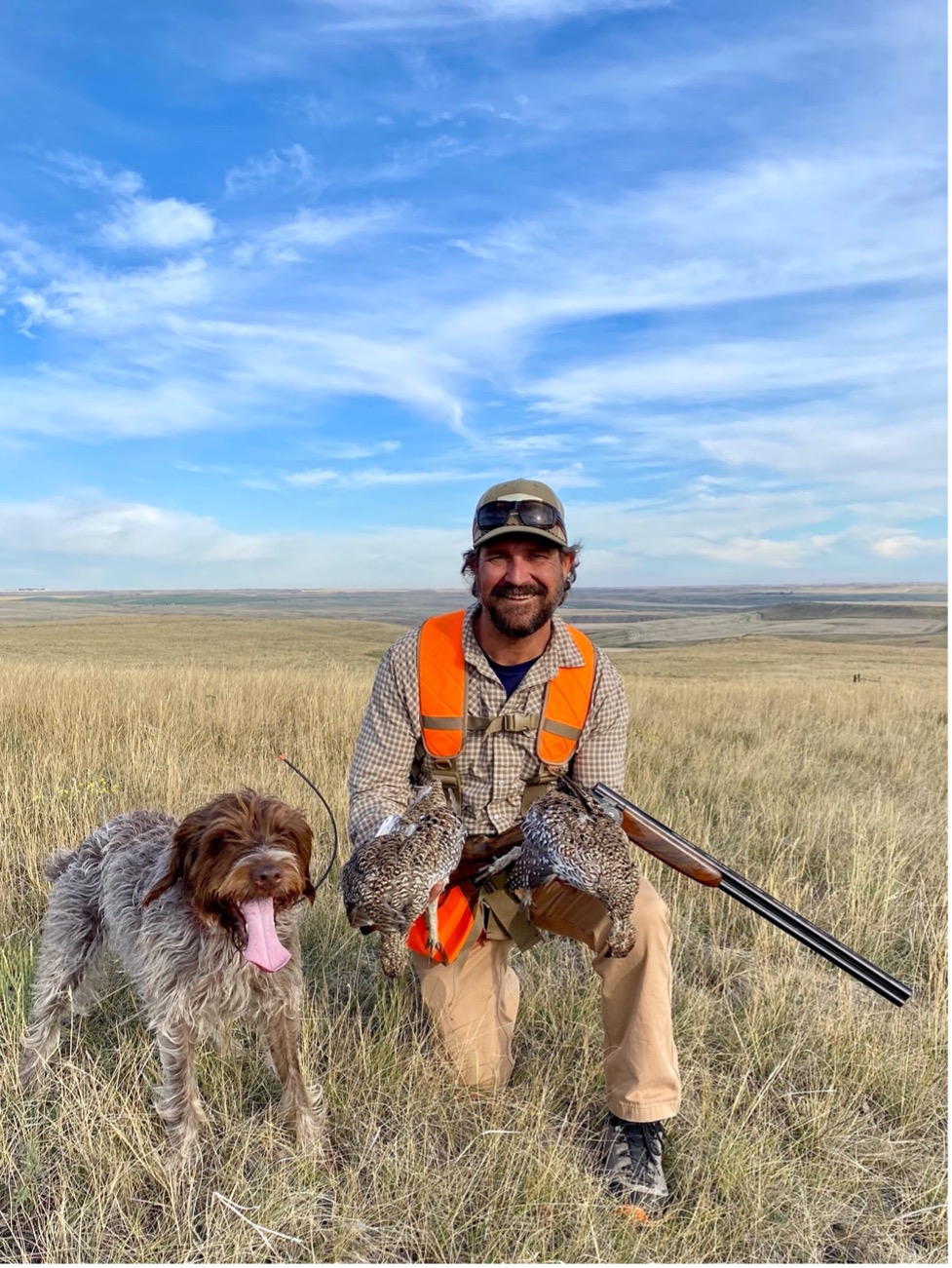 Hunter grew up in Texas and moved to Wyoming after college.  For 10 years, he led fly fishing float trips on the Snake River, the Southfork of the Snake, the Green and New Fork Rivers as well as up in Yellowstone National Park.  During that time, he also guided deer, elk, moose and antelope hunts on Wyoming and Idaho’s public lands.  Hunter moved to Tennessee in 2005 and continues to make several trips every year to Montana and Wyoming to chase upland birds, deer, elk and antelope. Hunter joined Backcountry Hunters and Anglers in an effort to help protect our public lands, water and wildlife. 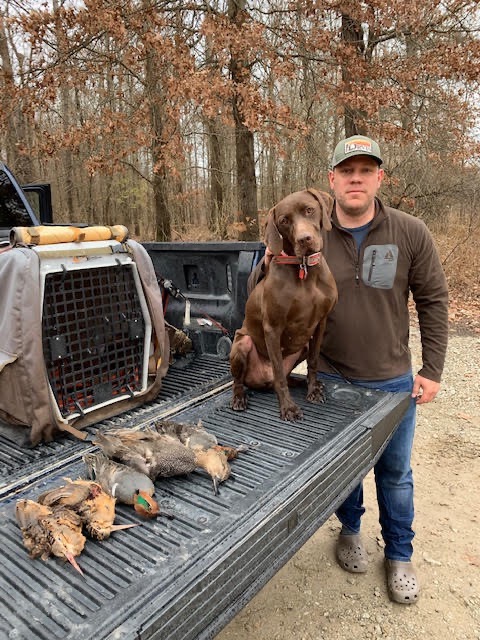 I first found my love of outdoors and public lands growing up as a kid in the Northeast US. I was heavily involved in Scouts, where I had a ton of opportunities to camp, backpack, and paddle public lands and waters. I didn't get into hunting and fishing until I was an adult here in Tennessee, and I credit some great friends for taking me on my first hunt and opening my eyes to what is now a really important part of my life. I have lived in Memphis the past 16 years, where I love hunting birds of all kinds with my dog Nora and fishing our public waters. My time in the outdoors has really helped me appreciate the public lands in Tennessee and BHA's mission of wilderness conservation and preservation - and I am excited to give back in any way that I can. 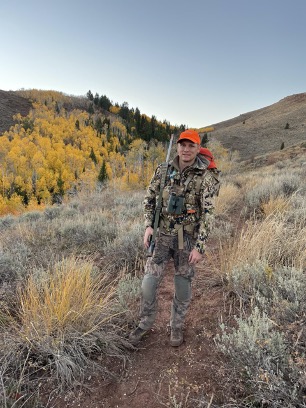 Kurt grew up in Central Missouri hunting turkeys, ducks and canoeing the Missouri River. In college he spent many hours in Mark Twain National forest chasing trout and deer while getting his Mechanical Engineering degree at Missouri S&T in Rolla, MO.

Only after a relocation to Chicago, IL did Kurt fully realize the public land treasures of his home state and the public land challenges in others. Tired of limited access in Illinois, Kurt began traveling West to hunt pronghorn, mule deer and elk DIY on public land multiple times a year and never looked back.

Having hunted public land in dozen states has given Kurt a unique perspective on the regional challenges and successes of public land. These experiences drew Kurt to BHA and Kurt hopes to translate those experiences to help find solutions to public land issues in Tennessee. 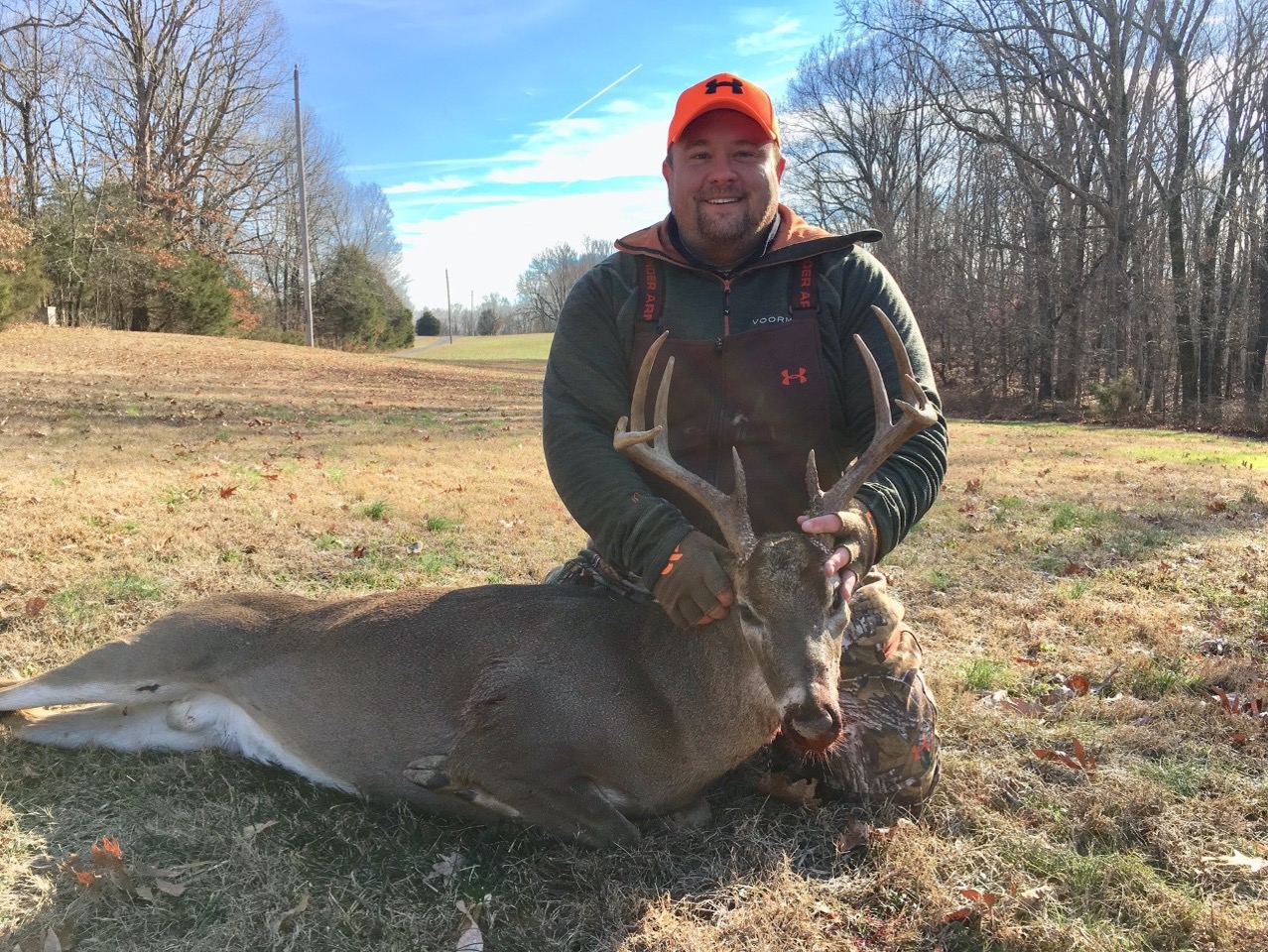 Matt Lewis is a native Tennessean growing up in the Nashville area. As a teenager, Matt moved with his family to a small farm in Dickson County where he was introduced to hunting and fishing with his father and grandfather. Since then he has been hooked and hunts hard every year for most all small and big game in the Tennessee area. Matt has picked up elk hunting in the recent year and is planning to make the trek out west every fall. Additionally, Matt was a competition archer throughout high school and college so bowhunting is a passion.

Finding so much opportunity to hunt and fish in and around the Lebanon, TN area where he lives, Matt has gained a strong desire to find ways to provide more access to our public lands and conserve the ones we have. Knowing the great work that BHA does to achieve these goals, Matt was naturally drawn to the organization and a desire to serve on the board as the Vice Chair for Membership. 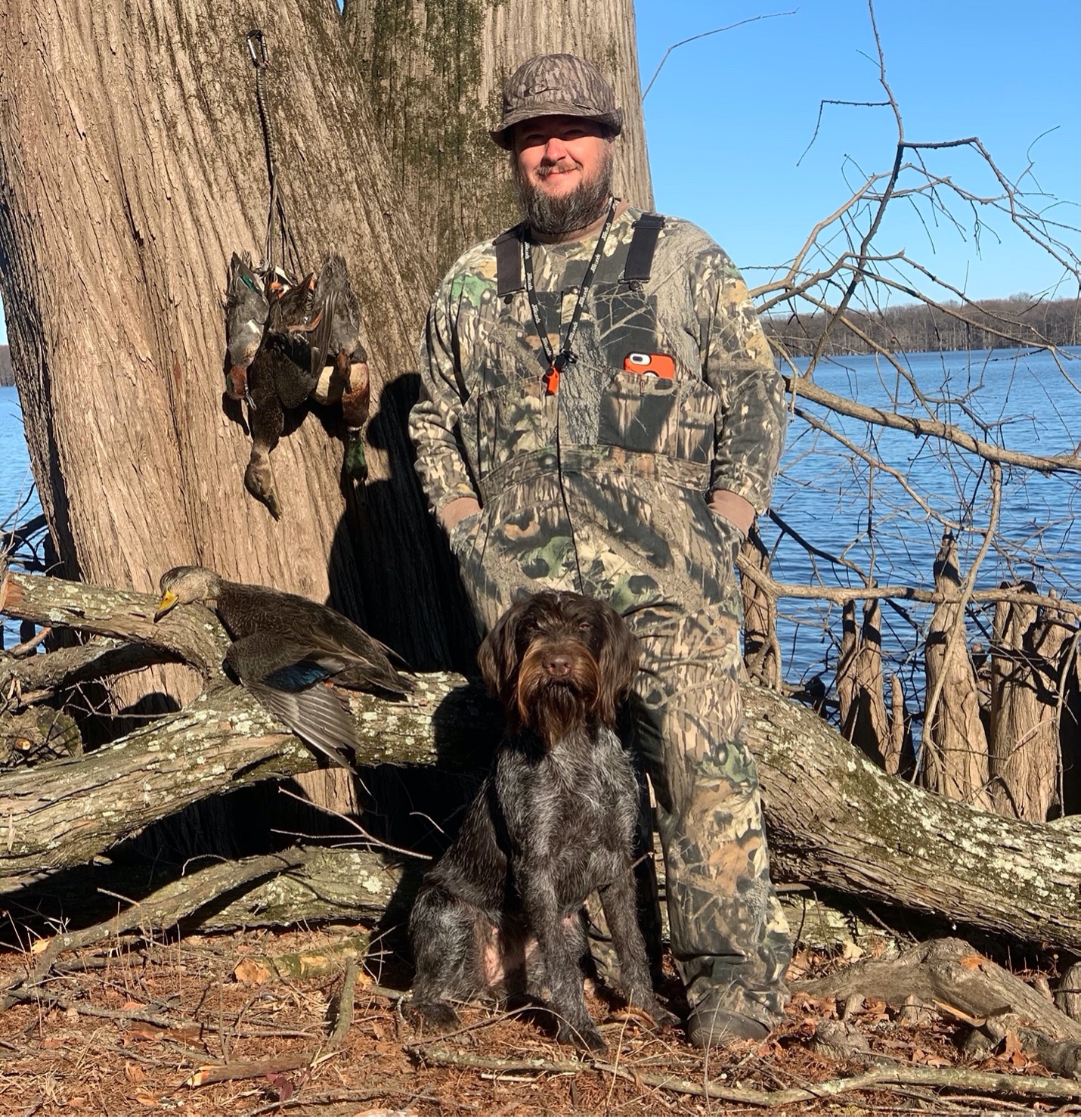 Texas born, Tennessee Raised. Mitchell has been hunting, trapping, and fishing the public lands of the volunteer state for three decades. He holds a Master of Science in Natural Resources Management from The University of Tennessee. Scholarly interests include carbon sequestration potential of winter cover crops and restoration of early successional habitat. Mitchell advocates for the wise stewardship of the lands and waters held in the public trust as well as the rights of public land owners to enjoy those resources. 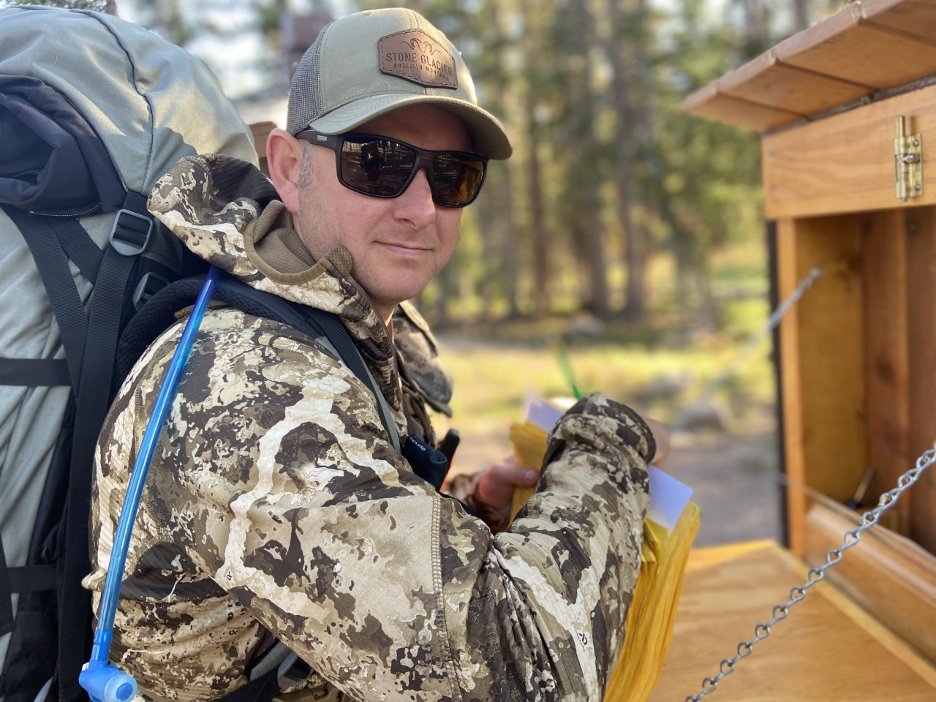 I grew up in SW Montana to an outfitting family. Spending summers in the backcountry of Yellowstone National Park cultivated my love and passion for the outdoors. I had the privilege of enjoying the vast expanses of public lands and waterways that Montana and Wyoming offer. Once in high school, I spent my summers guiding rafts on the Yellowstone River and kayaking the rivers and creeks of Montana, Wyoming, and Idaho. During hunting season, my friends and I would strike off to National Forest land to hunt for Mule Deer and Elk. My genuine appreciation for public lands didn’t take hold until I left Montana at 25 years old; after starting a family and beginning a career in the Army. I spent the next 10 years flying UH-60 helicopters in all corners of the world. Realizing how fortunate we are in the US to have uninhibited access to such beautiful places has renewed my desire to maintain and increase that access and opportunity for my family and all future generations. I now live in East Tennessee with my wife and 3 boys, working full time for the TN National Guard. 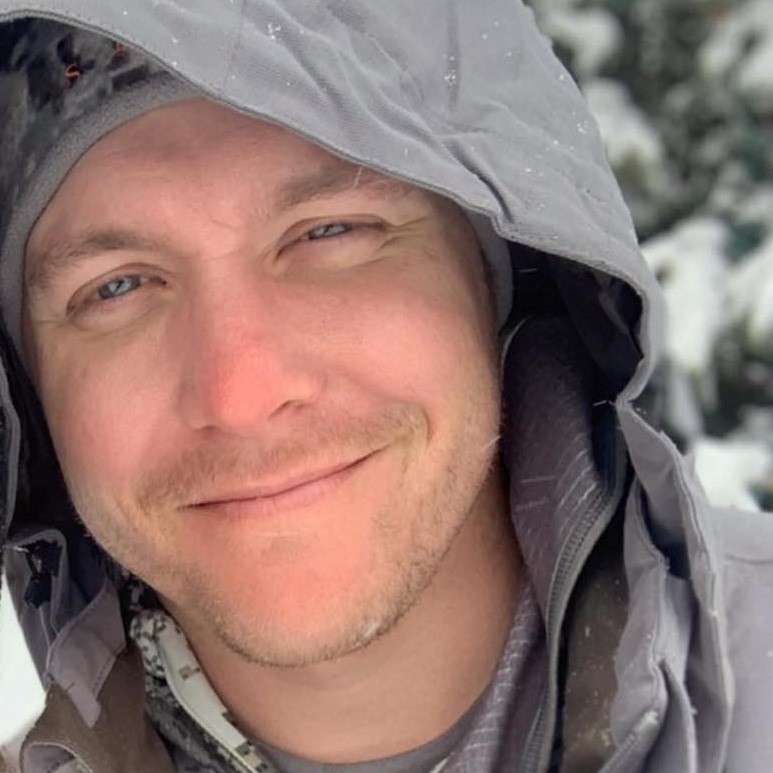 Matt enjoys hunting whitetails with his bow and hunting geese from his layout blind. He started hunting small game when he was a teenager and picked up hunting waterfowl and deer in his mid-twenties. He recently started elk hunting out west, and it’s now one of his favorite pursuits. He relies heavily on public land for his hunting opportunities and would likely be sinking money into golf if not for access to public lands and waters. He believes it’s his responsibility as a hunter to help preserve those public lands and the wildlife that calls them home.

share on
See other pages related to sub container Tennessee
Get the latest news and stories, right to your inbox.
Search
Local Chapters