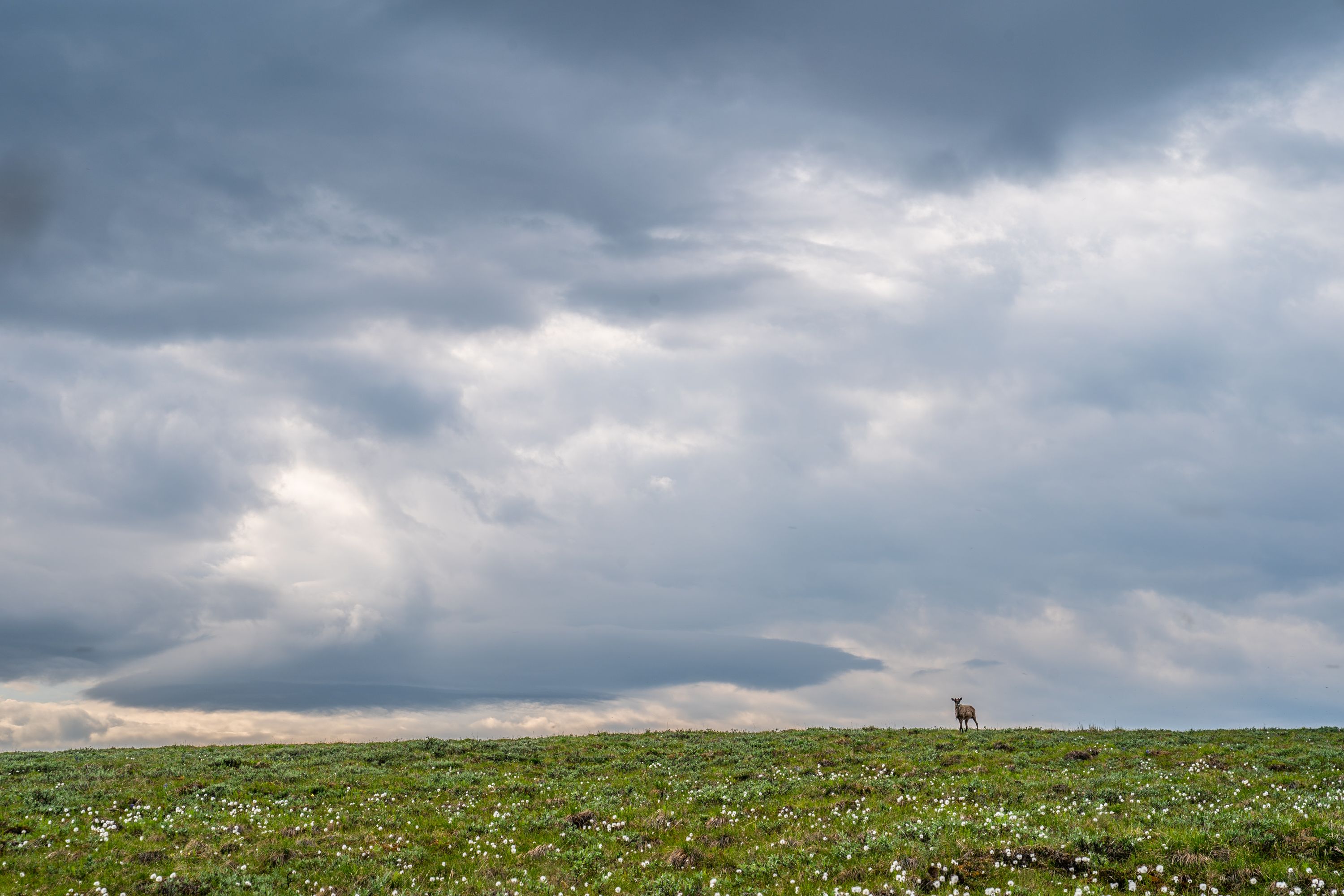 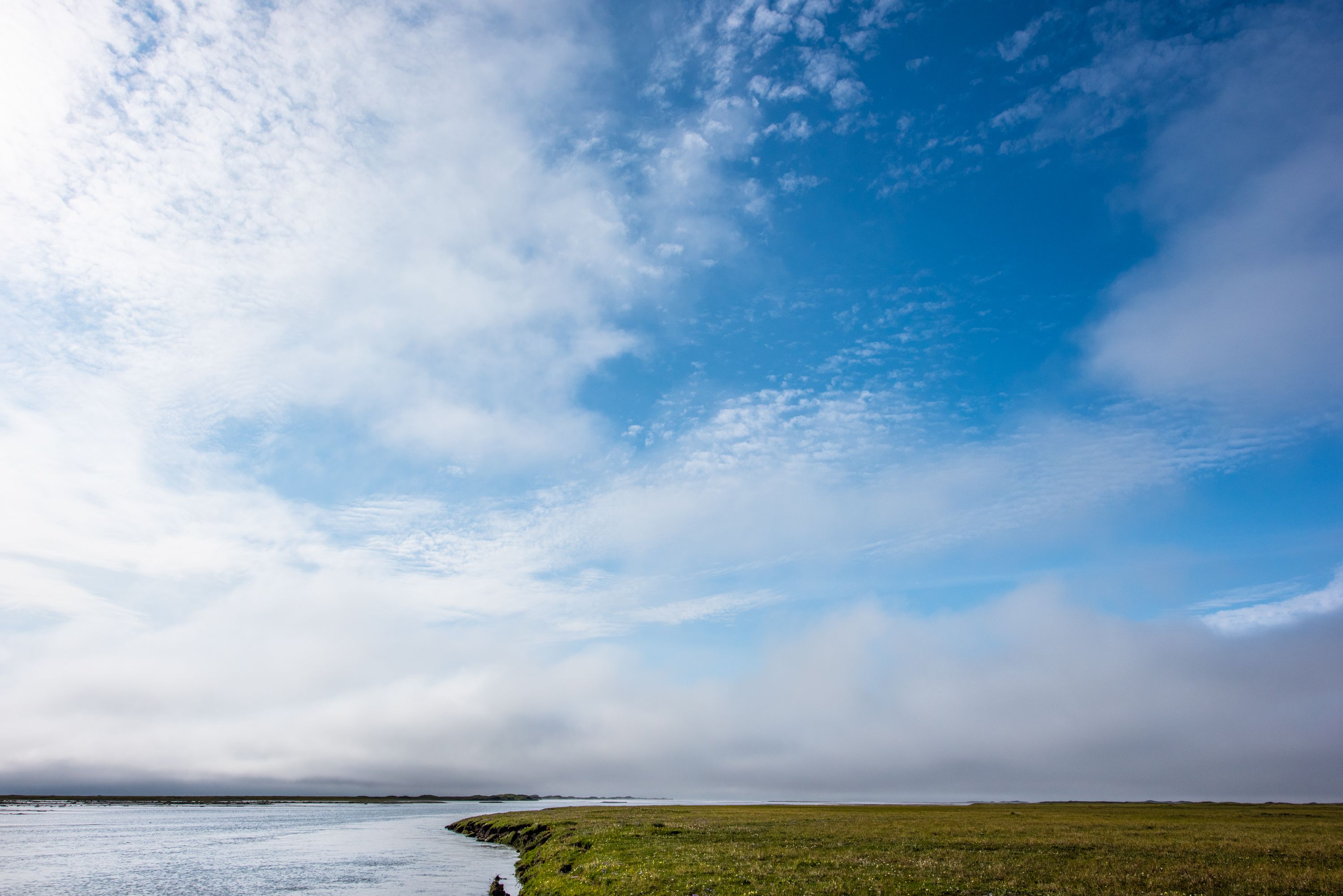 The northernmost region of the Arctic National Wildlife Refuge is the 1.5-million-acre coastal plain that lies between the fabled Brooks Range and the Beaufort Sea. This is also where members of the Porcupine Caribou Herd (nearly 200,000 strong) calve each year after they finish the longest land-migration of any animal on earth. The Arctic Refuge also provides remarkable habitat for a range of iconic species including Dall sheep, musk ox, moose, black and brown bears, wolves, and wolverines.

Additionally, the coastal plain is a spectacular wetland ecosystem that provides summer habitat and nesting grounds for waterfowl that visit every corner of the United States. Hunters who decoy ducks and geese in each flyway across the U.S. can see waterfowl that have migrated from the Arctic coastal plain. Development and degradation of this area would threaten waterfowl across North America. 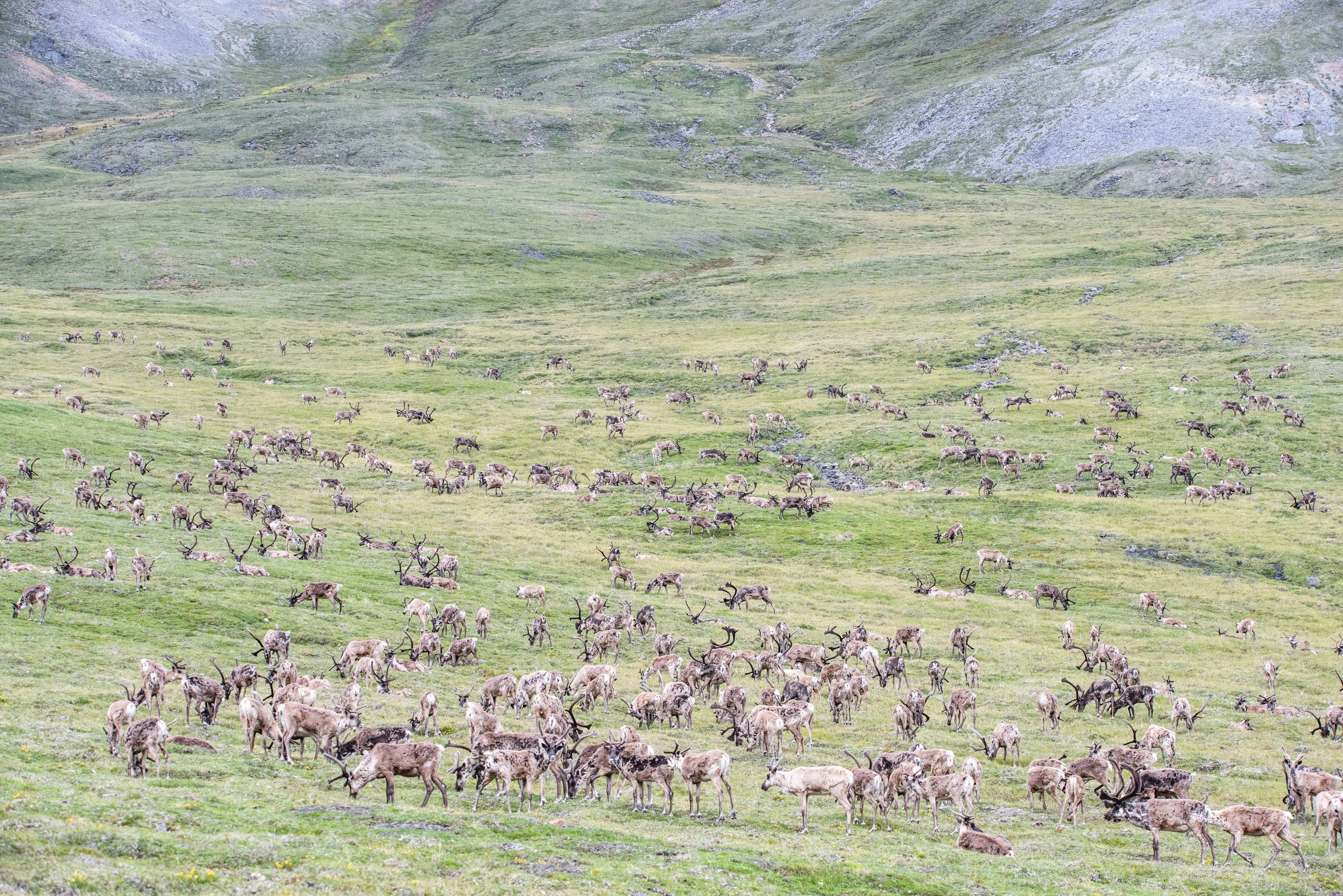 In 2017, controversial legislation was passed into law that included a mandated oil and gas leasing program in the coastal plain of the Arctic Refuge. The rushed and flawed environmental review process had an artificially constrained timeline and was marked by shortened public comment periods and outdated studies. During this review the work of career scientists at the U.S. Fish and Wildlife Service was altered and disregarded. Oil and gas development on the coastal plain and within the Arctic wetlands would be detrimental to valuable wildlife habitat in some of our most irreplaceable public lands and waters.

The oil and gas leasing program in the Arctic Refuge was supposed to generate $1.8 billion in revenue to be split evenly between the federal government and the state of Alaska. The reality told a different story. An utter failure, the lease sale held in 2021 raised a total of $12.1 million, or less than 1% of the promised revenue. It is clear that there is little interest from the oil and gas industry in developing in the Arctic Refuge – only nine of 22 available tracts were awarded. The vast majority of these tracts were awarded for the minimum required bid, a mere $25 an acre.

Seven of those tracts were leased by Alaska Industrial Development and Export Authority (AIDEA) a state-owned corporation in Alaska. AIDEA has a track record of risky business, generating bad results from spending state dollars on projects that negatively impact public lands and offer minimal opportunity for public participation and input.  The Ambler Road is another infamous project which received $35 million of public funding through AIDEA. On Arctic Refuge leases, AIDEA spent nearly $10 million in public funds without engaging in a meaningful public process with Alaskans and in July committed an additional $1.5 million to developing the leases next year. 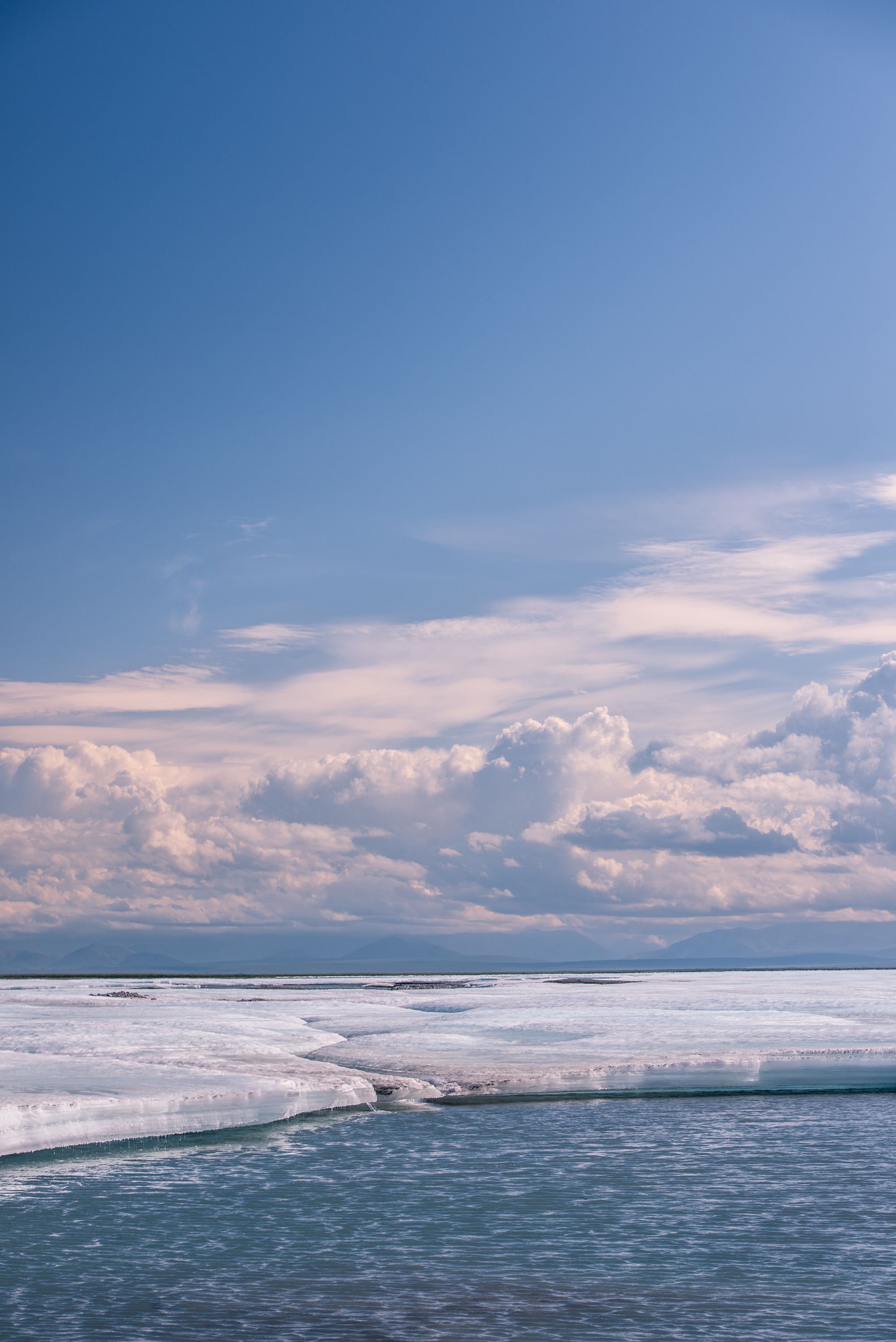 In addition to lack of interest from the actual oil and gas industry, all six major United States financial institutions have made clear they want no part in this risky investment. Bank of America, Citigroup, Goldman Sachs, JPMorgan Chase, Morgan Stanley and Wells Fargo all have adopted policies stating they will not invest in this development.

BHA is not opposed to balanced oil and gas development on public lands, including in Alaska. However, this treasured piece of the National Wildlife Refuge System is not the place. And the oil and gas industry has made clear that their eyes are focused elsewhere on locations that have existing infrastructure and development, currently support jobs, provide economic benefit to Alaskans and don’t pose such a threat to the ecosystem and the heritage of hunters, anglers, and others who enjoy recreating on public lands. 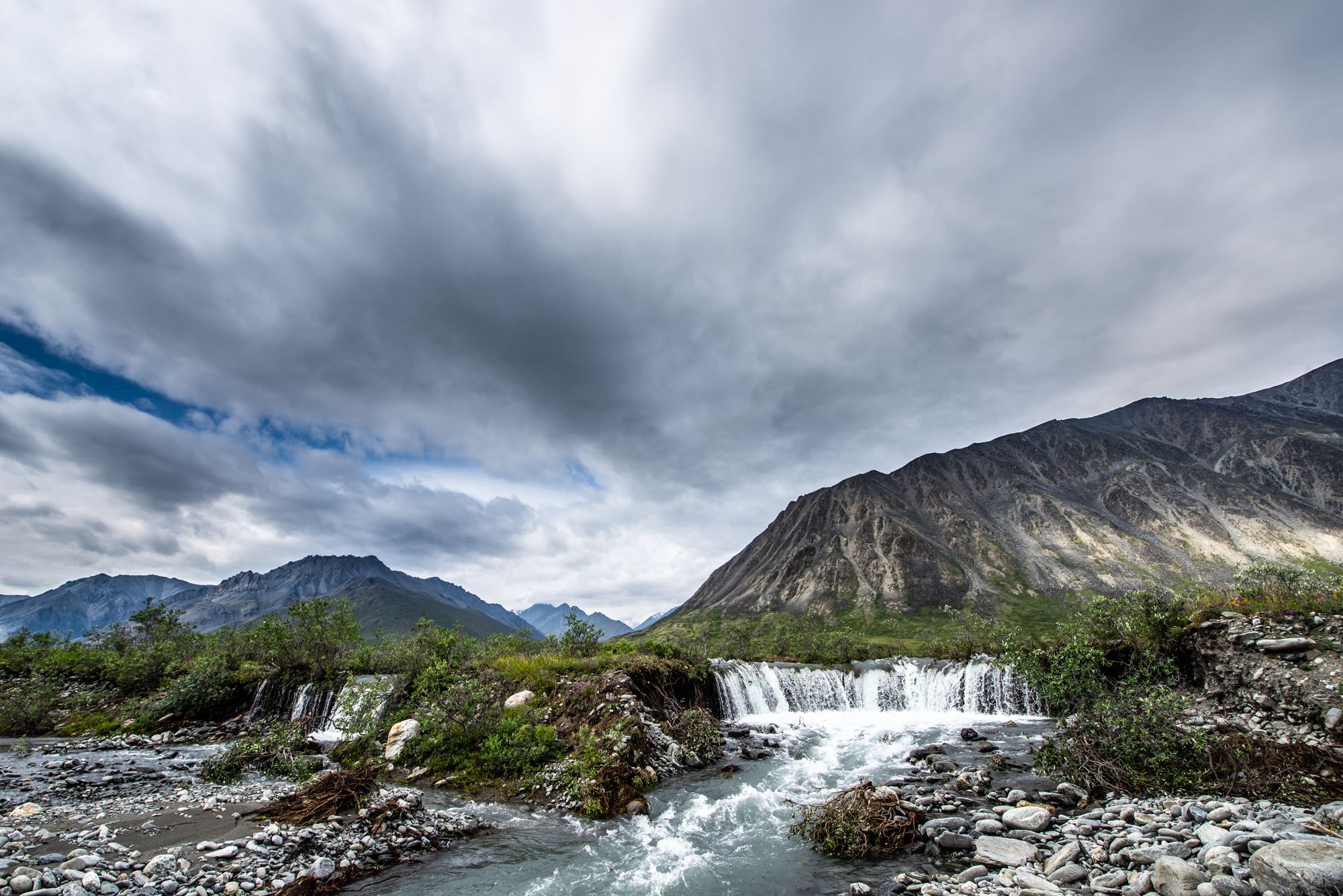 Within the first week of taking office President Biden paused the leasing program in the Arctic Refuge; however, this pause is only temporary. Lasting protections for the region can be achieved only legislatively. Bills have been introduced that would accomplish this, ensuring that this Arctic landscape is no longer the target of mandated leasing and instead is left for the enjoyment of the public. Led by Reps. Jared Huffman (D-CA) and Brian Fitzpatrick (R-PA) in the House as H.R. 815, the Arctic Refuge Protection Act would undo this leasing mandate. Similar legislation by the same name led by Sen. Ed Markey (D-MA) as S. 282 would undo the leasing mandate as well as protect the coastal plain as designated wilderness.

Congress is currently considering a budget reconciliation process, legislation that could be passed into law without a filibuster. Along with other priorities identified by BHA, the section of the bill drafted by the House Natural Resources Committee includes language that would repeal the leasing program in the Arctic National Wildlife Refuge and buy back the existing leases.