The preliminary roster for the 2020 Filson Campfire Storytelling Event is here! The individuals below bring a wealth of experience, humor and backcountry wisdom to the table. Don't miss this online collection of hunting sagas, fishing mishaps, wilderness adventures and more! Get your full week pass to the 9th Annual North American Rendezvous for your chance to tune in to this event and much, much more. 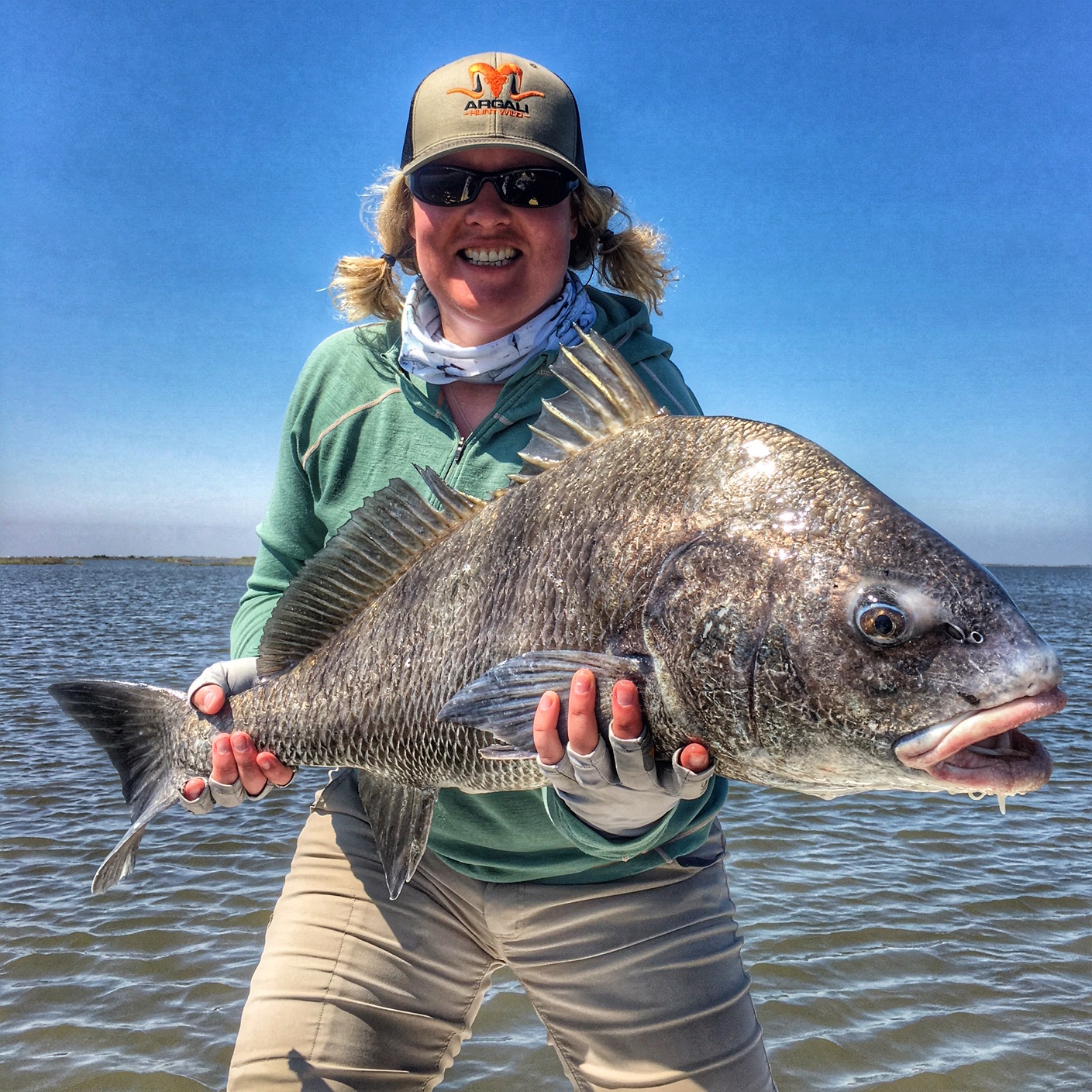 Rachel Schmidt is the director of the Montana Office of Outdoor Recreation. A lifelong Montana girl, fisherman and hunter, Rachel has a degree in resource conservation, watershed management and fisheries from the University of Montana and has spent most of her career working in the outdoor recreation industry, previously as trade relations and marketing manager for Kimber Mfg. In 2017, Gov. Steve Bullock appointed Rachel to create and direct the Montana Governor’s Office of Outdoor Recreation. She lives, works and plays in Whitefish with her two sons. 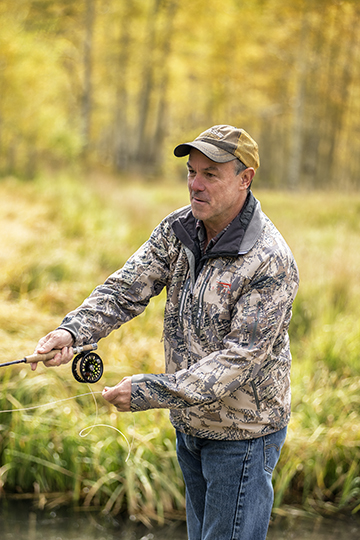 Host of BHA’s Podcast & Blast, an award-winning journalist and contributing editor at Field & Stream, Hal Herring has written for a wide range of publications including The Atlantic, The Economist and Bugle. He’s a lifelong outdoorsman, mountaineer, hunter and fisherman whose fans have come to expect deeply reported, thought-provoking stories and essays. Born and raised in north Alabama, Hal lives in Augusta, Montana. He's anchored BHA's podcast since its inception in 2017. 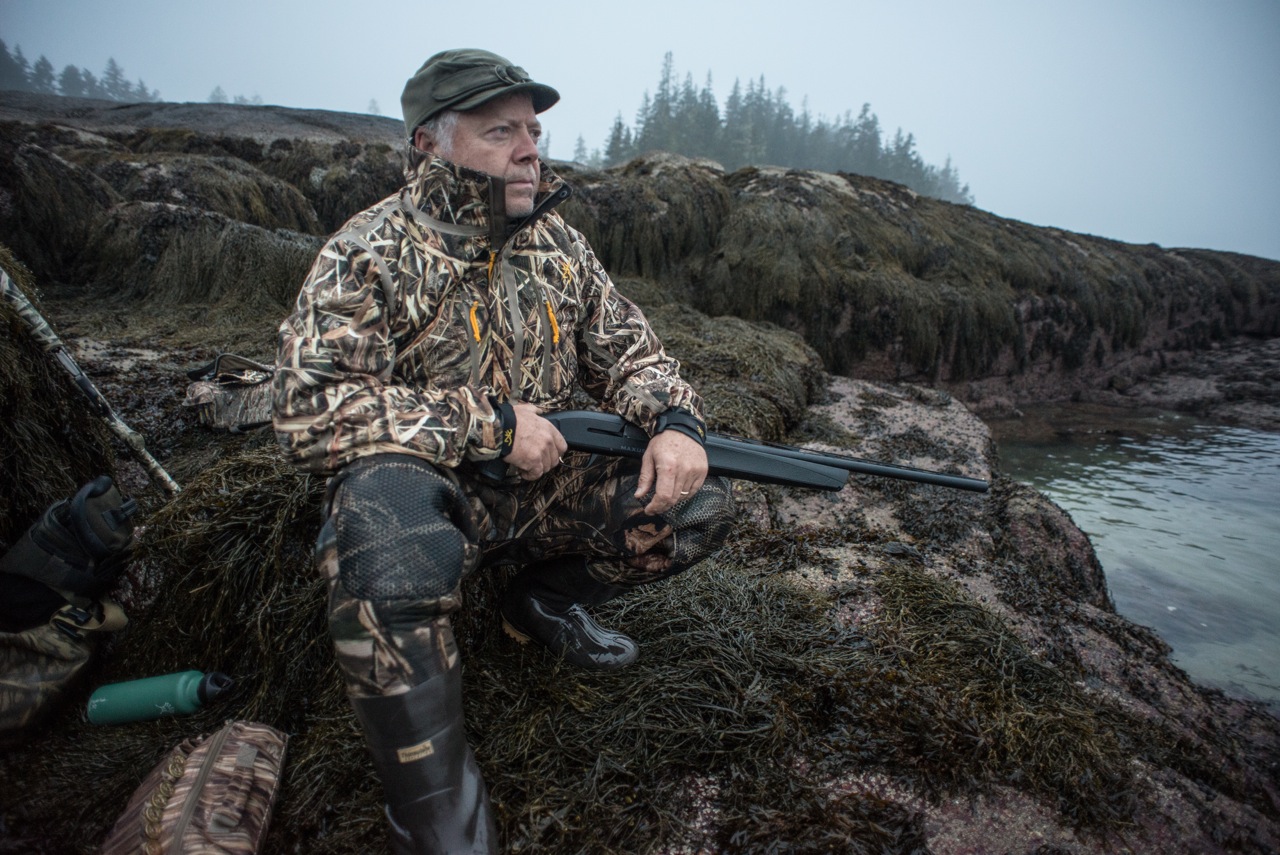 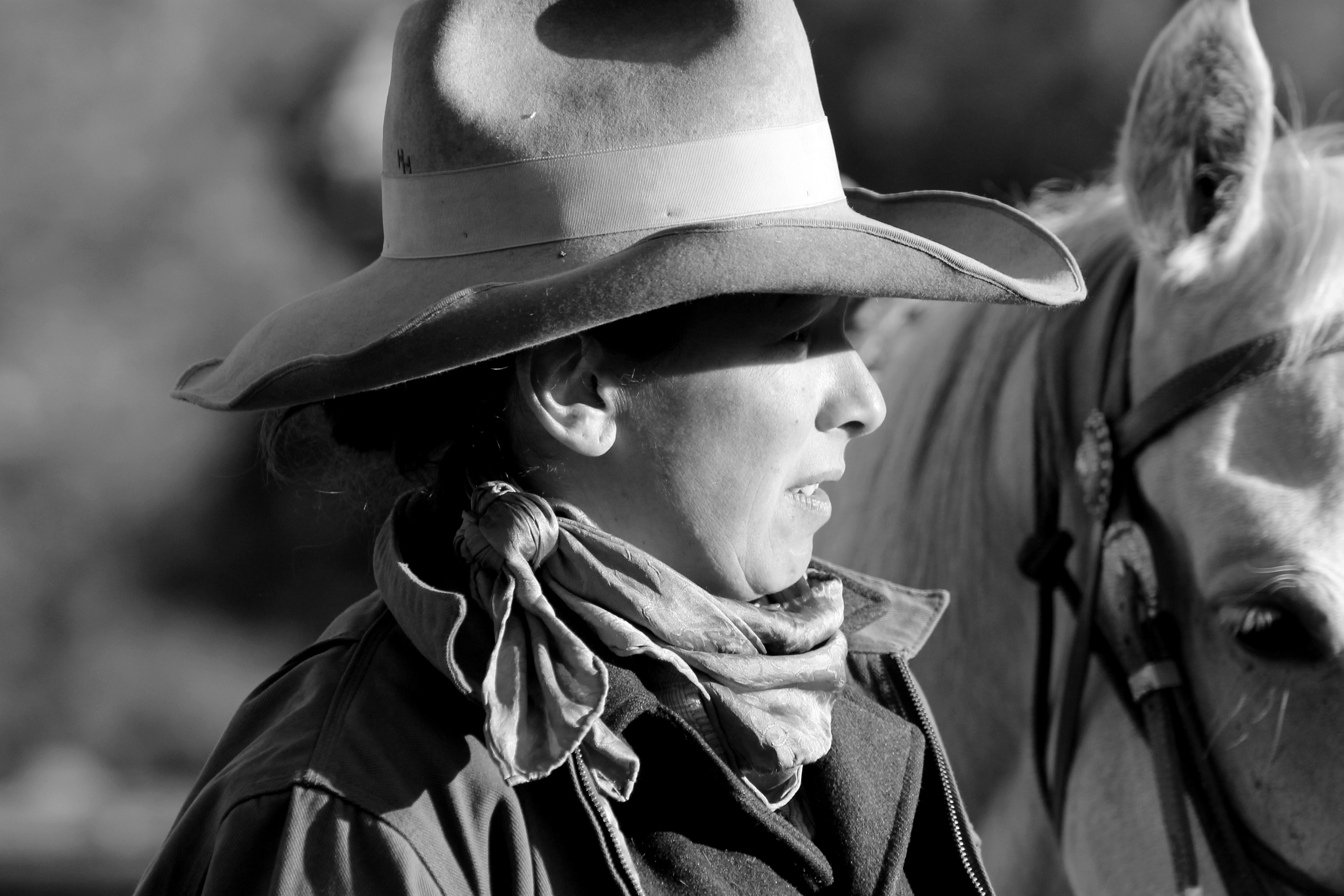 Greenough, Montana’s Juanita Vero is a fourth-generation partner of the E Bar L Ranch, one of Montana's oldest family owned and operated dude ranches. She also serves as a Missoula County commissioner. Juanita doesn't know a tippet from her elbow, nor does she hunt, but she cares deeply about intact ecosystems, working landscapes and public access. She's been known to break ground-squirrel necks and eat them.

Ryan Callaghan is the conservation director for MeatEater. Ryan has been a passionate member of the outdoor community, growing up guiding hunting and fishing and playing in the West. A former guide and current jack of all hook and bullet trades, Ryan is one of the hunting community's best ambassadors. He also serves on the North American board of BHA. 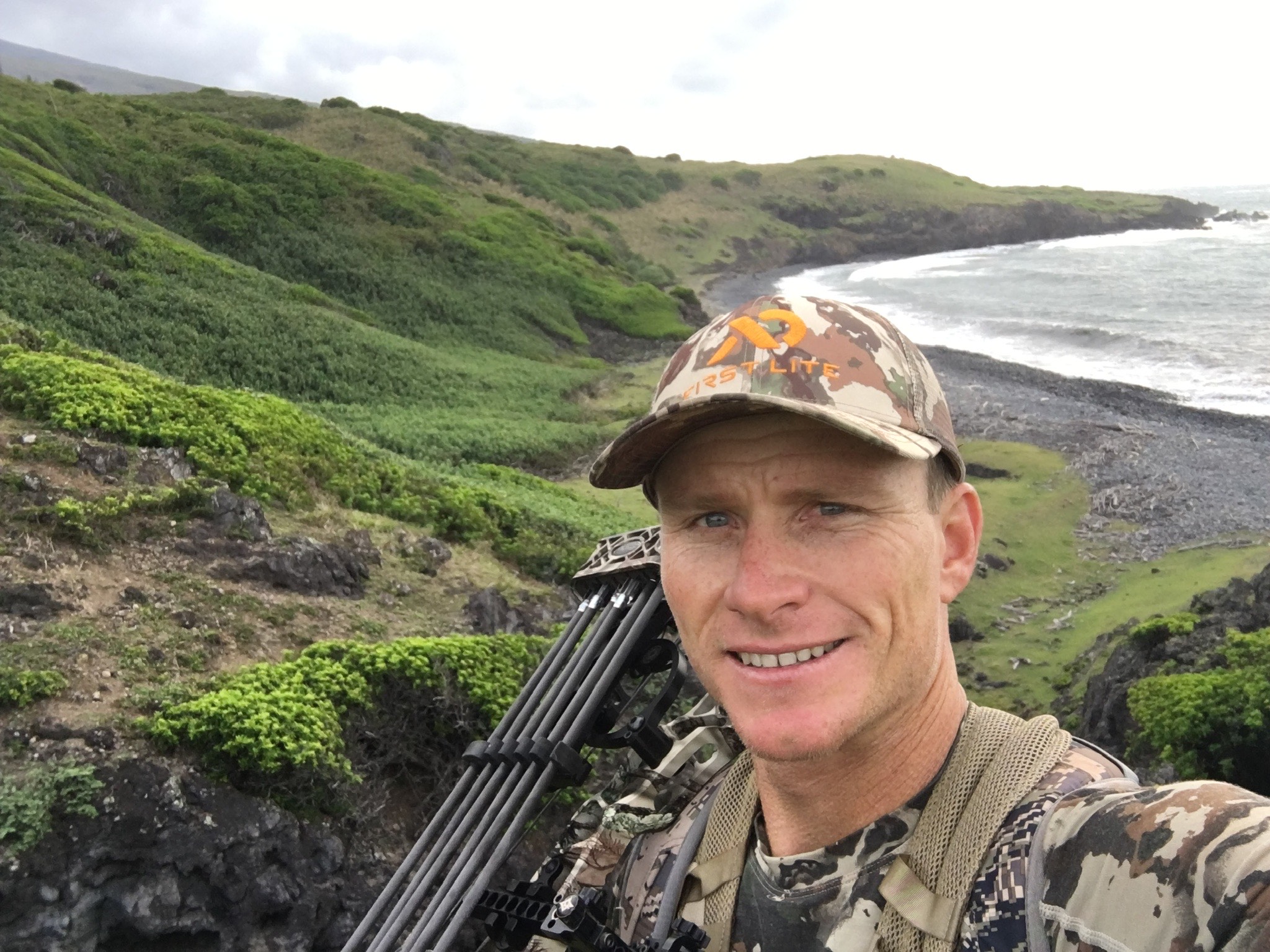 Mark is professional big wave surfer, freediver, and stunt man from Hawaii. Born and raised in the ocean, Mark found a passion for bowhunting and has embraced time in the mountains as another aspect of sustainably putting food on the table. 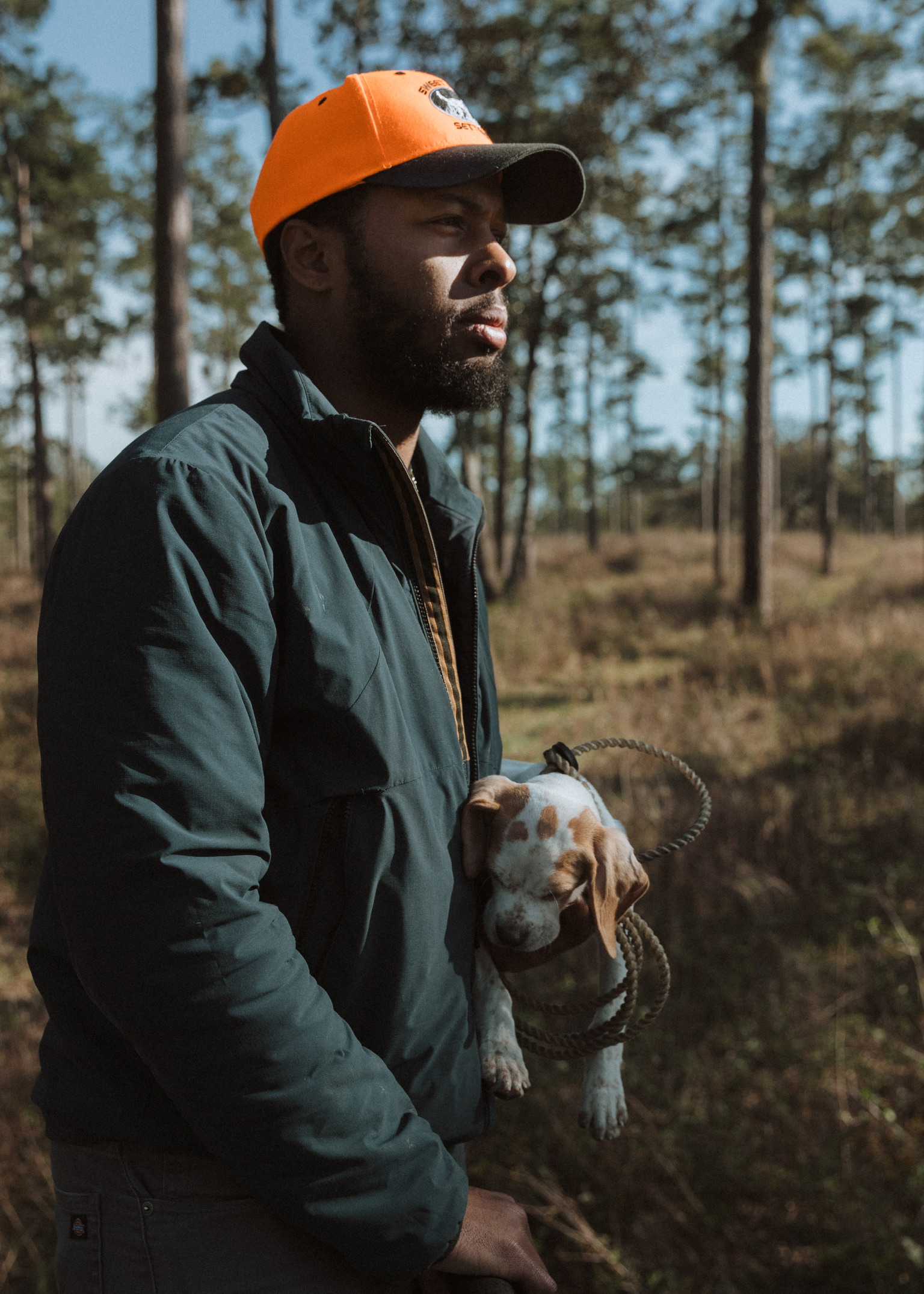 Durrell Smith is a 30 year old Atlanta, Georgia native, visual artist, art teacher, bird dog handler/trainer, and host/founder of The Gun Dog Notebook Podcast. Durrell is also a working, professional artist and art educator creating compelling ink and watercolor illustrations based on his field experiences and hunting dogs. Aside from hunting upland game and waterfowl, he participates in Field Trials with his pointer (Honeymoon in “Vegas”) and guides hunts with both his pointer and Labrador (Polished Ruger). As a first generation hunter, Durrell seeks to learn and contribute to the community by connecting with visionaries and veterans within the bird dog community who are willing to share stories and knowledge about the various breeds, creating a bridge to welcome aspiring dog men and women to the bird dog community. 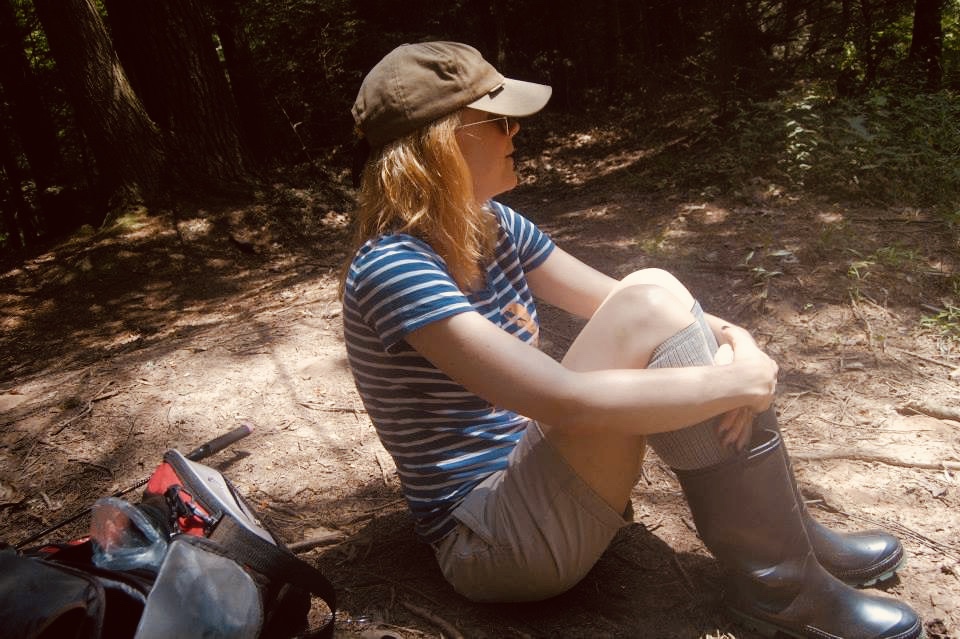 Wendi Rank is not much of an outdoors enthusiast, but she has earned a respect for and understanding of the importance of public lands. Her husband, a hunter who joined the Pennsylvania BHA board in 2018, happily schools her on the BLM, the Bob, bag limits and mountains of other outdoor vocabulary, stoking her knowledge of public lands in spite of her lacking desire. Wendi is often compelled to hike, fish or allow butchering inside her suburban Philadelphia home to support her husband’s endeavor to make their children eager outdoorsmen. Someday, her children will be old enough to venture outside with just their dad, and Wendi will be free to just read about public lands inside. 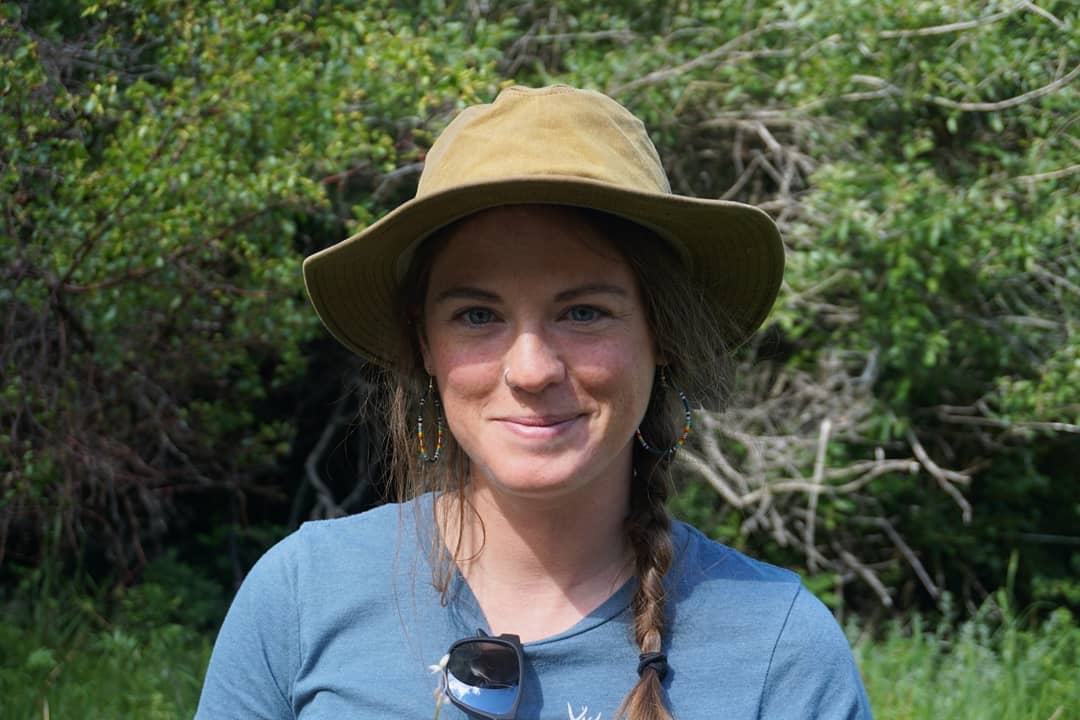 Liz Lynch has enjoyed a long, strange, and wonderful trip to becoming an adult-onset hunter. Prior to picking up a rifle for the first time in her 20s, she spent most of her life as a non-meat eater in the suburban northeastern U.S. After graduating from Tufts University with degrees in archaeology and environmental studies, the mountains called, and she had to go, eventually landing in Jackson Hole, where she now works as an archaeologist for the Bridger-Teton National Forest. Liz’s experiences living and working in the rural West – along with a brief stint on a small organic chicken farm, 10 summers at an all-girls sleepaway camp, an internship in a morgue, and a fateful bite of pan-seared elk heart – challenged her views about what real, good food might look like and inspired her to try hunting as part of a lifelong pursuit to find greater peace of mind and self-reliance in the woods. Conservation and tapping into the power of saying “I don’t know” have been guiding principles for her ever since. 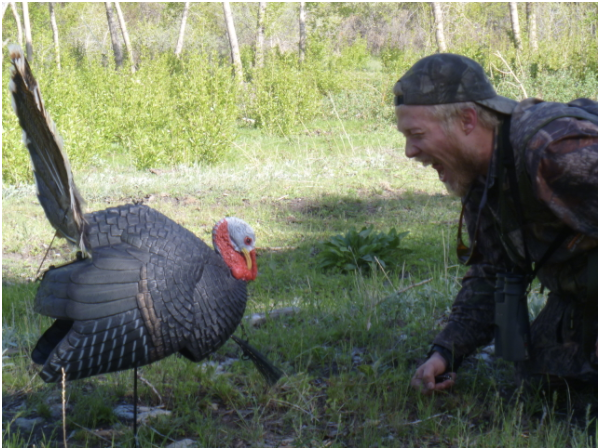 Jared Oakleaf is a BHA life member, Legacy Partner, and Wyoming chapter board member from Lander, Wyoming. A lifelong Wyoming resident, Oakleaf credits mule deer for teaching him his high fidelity to his home range. Currently, Jared is a 20-year veteran of the public service sector. In 2014 the American Recreation Coalition recognized him with their "Legends" award for achievements in his field. He has served on the Wyoming Governor's Outdoor Recreation Task Force in this capacity. Hunting and angling in wild places remains a bedrock of Jared’s existence in Central Wyoming. He feels forever indebted to these places and the inhabitants. Naturally, as an attempt to repay this debt, Jared spends much of his spare time supporting and volunteering for conservation organizations. 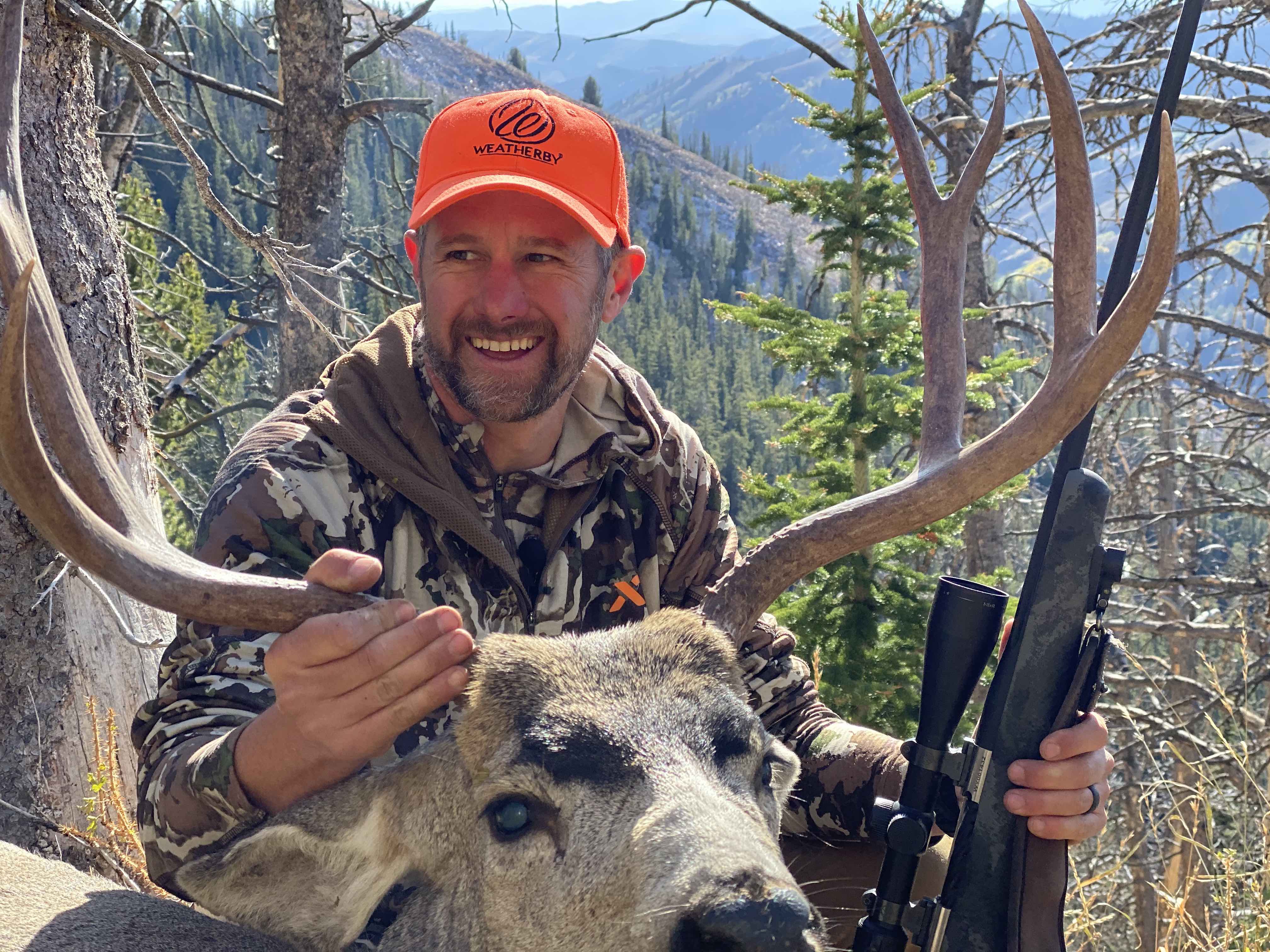 Like his Father, Adam Weatherby grew up surrounded by the legacy of the Weatherby name and all that it represents in firearm excellence, cartridge innovation, hunting passion and conservation commitment. Officially appointed as CEO in 2017, Adam is passionate about seeing the Weatherby legacy continue into the future.

Weatherby’s recent move to Wyoming is part of the plan toward future growth and innovation. “This move represents more than just a geographic relocation. It allows Weatherby Inc. to unleash its potential in the shooting and hunting industry” says Weatherby. With a new team in place, a brand new facility and a promising road map for the future, Adam is positioning the family brand for success.

Adam has been married to his high school sweetheart, Brenda, since 1996 and they together have two teenage children. As a family, they have a genuine love for the outdoors and often adventure together in God’s beautiful creation. Brenda is also a full-time employee of Weatherby, Inc. and they together lead the family business in their newly built facility in Sheridan, Wyoming. 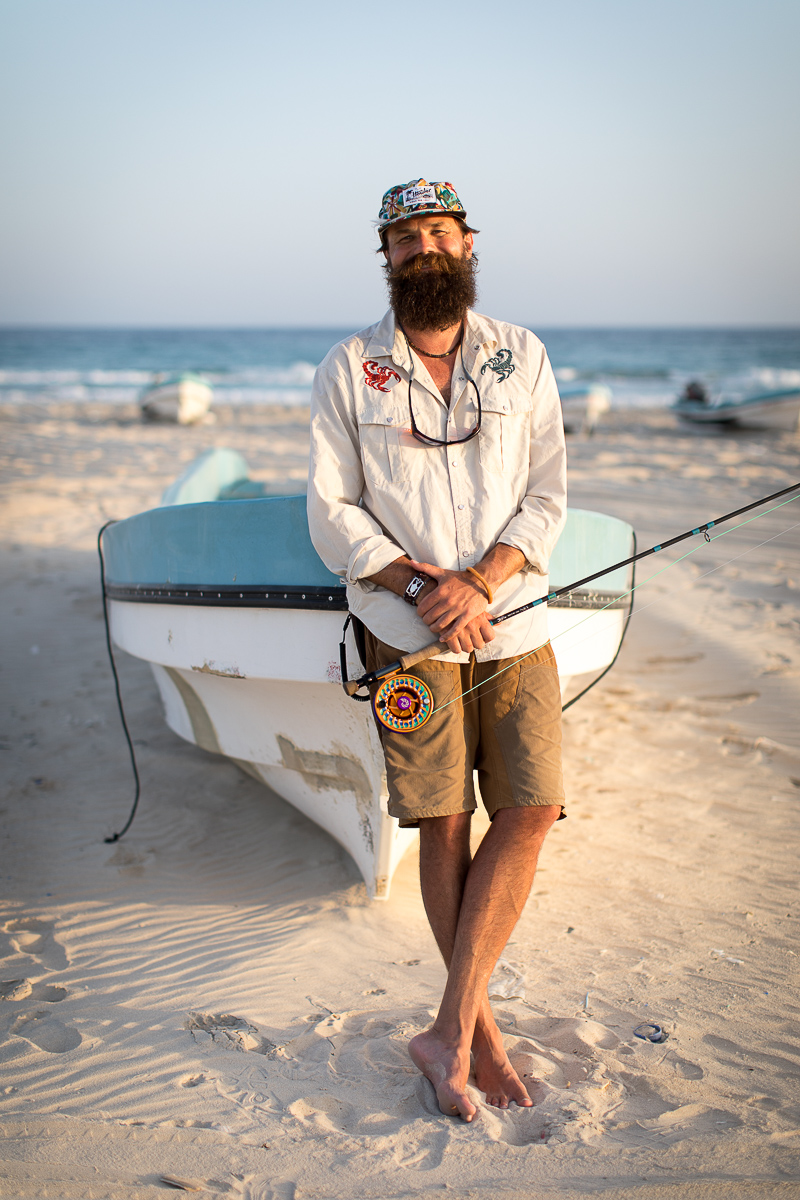 Oliver White is an angler, hunter, world traveler, entrepreneur, and conservationist.  He is a partner in two fly fishing lodges in the Bahamas, a contributing editor of Fly Fisherman Magazine and a life member of BHA.  He spends as much times outdoors as possible –chasing fish and birds or telling stories about them. 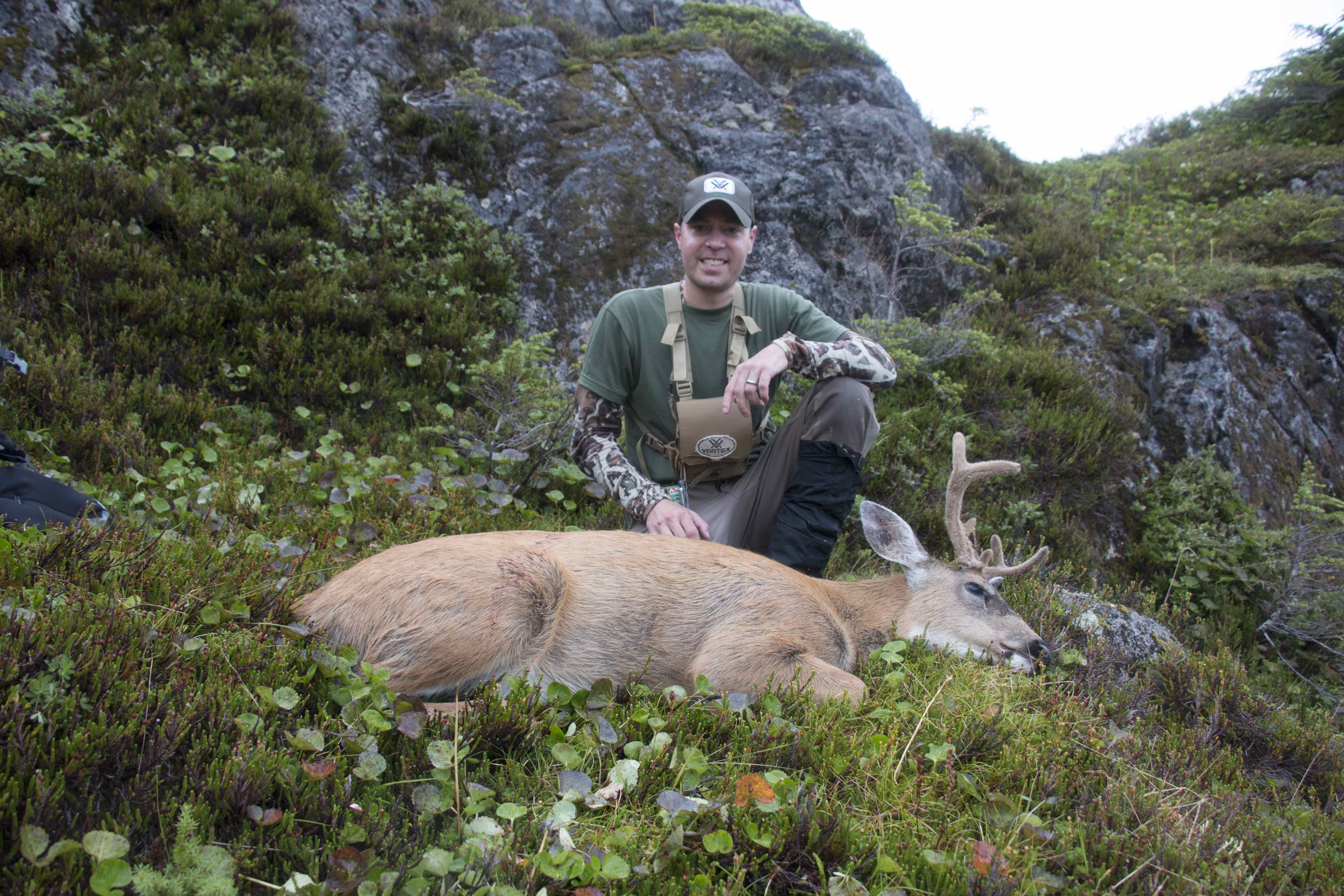 Born and raised in Washington State, I grew up in an outdoor family where hunting and fishing were a way of life. My intense passion for the outdoors developed early and became the center of who I am today.

I cut my teeth gun hunting - mostly for Blacktail deer and Roosevelt’s Elk on the west side of the state. The brush was thick, it was always raining and shots were few.

It didn’t take long for bears, turkeys, waterfowl, upland birds, and varmints to become staples of my outdoor pursuits as well.

After graduating from Washington State University, (Go Cougs) a career in the outdoor industry was a natural path. If I couldn’t hunt and fish every day, surrounding myself with outdoor products and likeminded people appeared to be the next best choice.

A couple of outdoor-oriented retail jobs eventually led to a position with Cabela’s at its corporate headquarters in Sidney, Neb. The job was good and the outdoor culture strong. I learned a lot about hunting as well as the outdoor industry.

Today, I have found a home with Vortex Optics – a Wisconsin-based optics company that prides itself on providing a deep lineup of high-performing optics to hunters and tactical enthusiasts.

This event will take place on Monday, June 1 and Friday, June 5. The lineups for each individual night are listed below