Stock your Tacklebox with Boots-on-the-Ground Wisdom

Stock your Tacklebox with Boots-on-the-Ground Wisdom

If you had to choose one fly or lure to fish with for the rest of your life, what would it be? 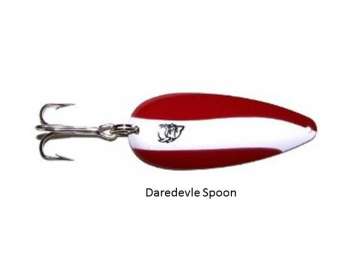 We learned some things. One, you are an opinionated bunch. Also, perhaps you just like to say “woolly bugger.” Either way, here are some recommendations to keep in mind next time you’re at the tackle shop.

• Dardevle Spoon (This was by far the most popular lure. Classic that still works.)

• Wooly Bugger (This was by far the most popular fly, although folks did quibble about black, brown, cone-head and Chewbacca.)

• Almost ANY Panther Martin (Panther Martin was almost as popular as the Daredevle. Some like gold, some like yellow, some craft their own.)

• A suspending Shad Rap, light blue with a pearl belly.

• Thomas Bouyant lure in a pearl white base with trout spots and a brass back.