Standing with BHA & The Sportsman's Pledge

Several months ago it came to light that traditional bow hunters are the fastest growing segment of BHA’s membership.  My own interest in shooting my long-neglected recurve bow had been re-kindled a couple of years ago (independently of the popular movies featuring attractive young women shooting recurve bows, I might add!), so I was pleased to learn that other traditional archers are discovering that the BHA philosophy fits nicely with their chosen pursuit.  The challenges and limitations of using recurves and long bows depend on having close encounters with our quarry.  Such encounters are particularly dependent on having access to high quality habitat and wildlife undisturbed by motorized activity.

To encourage more support for BHA from this segment of outdoorsmen and women, I’ve been participating in discussions on an online forum devoted to traditional archery. In monitoring some of these discussions, I discovered some interesting perceptions about BHA.  Not all were positive.

One fellow raised a question, “Why does it seem that BHA is opposed to everything?”  Maybe he had read about BHA’s opposition to illegal ATV activity on public land.  Or possibly he was aware of the debate over transferring federal lands to western states where they could be more easily sold off to private interests. 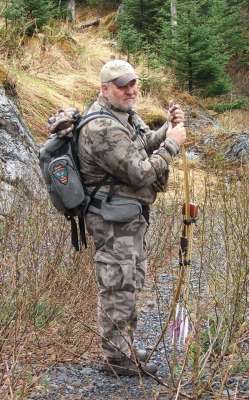 The perception, an incorrect one I might add, that BHA “opposes everything” reminded me of an interview I once read in an outdoor gear catalog.  It seems that a well-known figure in the growing environmental movement of the late 1960’s was asked, “Why are you conservationists against things?”    He responded, “If you are against something, then you are also for something.  If you are against a dam, you are for a river.”

I maintain that if BHA is viewed as being against the short-sighted disposal of federal lands, it is because these lands provide the basis for maintaining public hunting and fishing traditions that simply wouldn’t exist without them.  Further, being opposed to resources abuses that diminish the quality of wildlife habitat and the quality of outdoor experience means that BHA is also for something:  enlightened resource management of our public lands.

BHA recently introduced a “Sportsmen’s Pledge” intended to demonstrate a wide base of support for protecting our public lands against the latest congressional effort to dispose of western public lands.  So when a BHA member posted a request on that traditional archery forum encouraging participants to sign the pledge on BHA’s website, I was surprised to discover that not everyone in the hunting community supports BHA.

Through a series of online exchanges, I learned that some based their opposition to BHA on the mistaken notion that BHA collaborates with groups who might have an anti-hunting agenda…or that BHA actually wants to take control of public lands themselves!  But the discussion also provided a chance to discuss some of the things that BHA really does oppose-- among them illegal, destructive ATV activity on public lands, Congressionally-mandated disposal of public land, reduced opportunities for quality hunting and fishing experiences, practices that lead to wildlife habitat degradation, unscientific, complacent resource management—the list goes on.

What BHA stands for is succinctly described in the Sportsmen’s Pledge.  Please support BHA efforts by signing the online pledge, and encourage your hunting friends to sign it, too.

Doing so would be a fitting tribute to the memory of Larry Fischer, himself a traditional bowhunter.  Larry was one of BHA’s board members and strongest advocates.  He recently lost a fierce battle against the ravages of cancer.

About Ken Theis
share on
See other posts related to keepitpublic Utah BHA Utah Issues
Get the latest news and stories, right to your inbox.
Search
Local Chapters