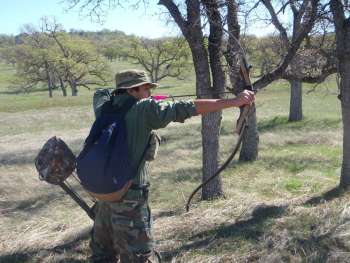 Napa, Calif. – Backcountry Hunters & Anglers today welcomed the Interior Secretary and Under Secretary of Agriculture to California for a public meeting about the opportunities to protect Berryessa Snow Mountain as a national monument.

“Hunting and angling are inextricably linked to healthy habitat. It is our responsibility as sportsmen to protect our wild country and public lands,” said J.R. Young, a volunteer leader of Backcountry Hunters & Anglers-California and resident of Los Gatos. “The Berryessa Snow Mountain region is a national treasure worthy of permanent protection for all visitors to enjoy.”

The Berryessa Snow Mountain region provides many places for outdoor recreation, including hunting and fishing. Blacktail deer, wild turkey, black bears, mountain lions and herds of wild tule elk call the region home. Trout streams in the region include the trophy trout fisheries of Putah Creek and the headwaters of the Eel River. The Middle Fork of Stony Creek in the Snow Mountain Wilderness is now state-designated wild trout water, and a segment of Putah Creek is proposed for this designation as well. The bass fishing in Clear Lake and Lake Berryessa is world-class.

Interior Secretary Sally Jewell, USDA Under Secretary Robert Bonnie and US Forest Service Chief Tom Tidwell will join Congressmen Mike Thompson and John Garamendi at the Napa Valley College Performing Arts Center for a community meeting about the potential to protect the existing public lands of the Berryessa Snow Mountain as a national monument.

Thus far, President Obama has protected 13 national monuments, including the San Gabriel Mountains in California, and the Rio Grande del Norte and the Organ Mountains-Desert Peaks in New Mexico, all of which allow hunting and fishing.

“It is significant that President Obama’s monument designations have protected access for hunters and anglers,” said Backcountry Hunters & Anglers Executive Director Land Tawney. “Conservation of and access to our natural heritage is critical for our economy, and the way of life that sportsmen and women intend to pass along to the next generation.”

The Chamber of Commerce of Winters, California, commissioned an economic study which indicated that a monument designation of the Berryessa Snow Mountain region could generate up to $50 million for local economies over a five year period. Already, California’s more than 1.8 million recreational anglers contribute $2.3 billion to the state’s economy annyually, while the state’s 287,000 licensed hunters generate more than $964 million in economic impact (U.S. Fish and Wildlife Service, 2011 National Survey of Fishing, Hunting, and Wildlife Associated Recreation).

Backcountry Hunters & Anglers seeks to ensure North America's outdoor heritage of hunting and fishing in a natural setting, through education and work on behalf of wild public lands and waters. Online at http://www.backcountryhunters.org/

share on
See other posts related to california issues california news
Get the latest news and stories, right to your inbox.
Search
Local Chapters