In the U.S. we are blessed with a wide variety of public lands. We can hunt elk and bighorns in the high Rockies, antelope and muleys on the Great Plains, and whitetails in the Eastern woodlands, among a multitude of other game species. This is an incredible heritage that can be passed on to our children and grandchildren, if we’re vigilant. Unfortunately, population growth, energy development, ATV proliferation and all sorts of other human activities have steadily eroded wildlife habitat and hunting/angling opportunities on far too many public lands.

A new twist in this slow-motion degradation of our national estate is exemplified by the efforts of a group, called the Sustainable Trails Coalition (STC), pushing to allow bicycles in wilderness areas. According to the STC website, “The political stars are currently aligned in our favor on Capitol Hill. We will be working with a Republican-controlled U.S. House and Senate that philosophically favor limited government and oppose severe and overzealous regulation …”

Interestingly, two U.S. senators from Utah, Orrin Hatch (R) and Mike Lee (R), are doing the STC’s dirty work, pushing a bill to allow bikes in wilderness areas. Since it’s highly unlikely that either of them lives for mountain biking, this appears to be a thinly-disguised attack on the very idea of wilderness. They don’t care about bicyclists, but they are interested in more oil wells, sulfide mines, etc.

The proposal is controversial within the biking community, and opposed by hunters and anglers (and many others) who say bikes would degrade wildlife habitat and erode trails. Some 116 conservation and preservation organizations have already formally asked Congress to oppose attempts to weaken wilderness protections via this legislation.

Given that designated wilderness areas in the Lower 48 encompass less than 3 percent of our land mass, it’s hard to believe that mountain bikers actually need more places to ride. In fact, they’re already welcome on the vast majority of public recreation lands. In some areas, public agencies have even developed specialized trails for them. Many ski areas on public lands also welcome them and have become destinations for riders who love the thrill of fast descents from high elevations.

And, as we all know, the underfunded and under-staffed USFS is already challenged to monitor wilderness areas; the increased traffic, deeper penetration, and new social trails created by mountain bikes would be nearly impossible to manage. In addition, research shows that increased mountain bike and recreational disturbance has a negative impact on big game and other wildlife species.

As a result, sportsmen’s groups like Backcountry Hunters & Anglers support management planning that minimizes the impacts of mountain biking and other growing recreational demands. We believe wilderness designations work well as currently stipulated in the Wilderness Act, and we’re committed to defending traditional uses within wilderness areas. We therefore oppose efforts to rewrite the act to allow mountain bike and mechanized use in wilderness areas.

Wilderness is the gold standard for wildlife habitat and backcountry hunting grounds. Hunting in wilderness embraces the wilderness experience at the very highest level. As such, backcountry big game hunting is not really about putting meat in the freezer or antlers on the wall. It’s about a timeless and priceless love of the wild.

David Lien is a former Air Force officer and chairman of the Colorado Backcountry Hunters & Anglers. He’s the author of “Hunting for Experience: Tales of Hunting & Habitat Conservation” and during 2014 was recognized by Field & Stream as a “Hero of Conservation.” 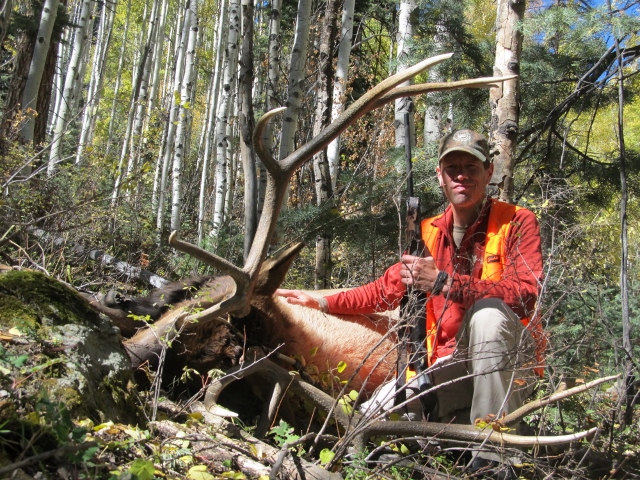 About David Lien
share on
See other posts related to issues habitat Colorado BHA Colorado Issues
Get the latest news and stories, right to your inbox.
Search
Local Chapters