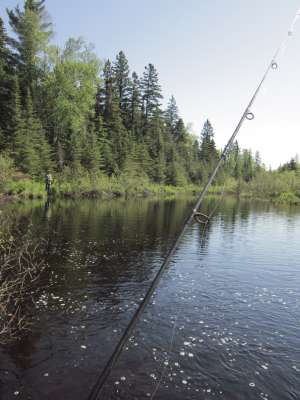 The following Op-Ed was published by the Duluth Tribune here.

A PolyMet Mining board member opined recently in the News Tribune about the company’s proposed sulfide mining operation in Northeastern Minnesota. Not unexpectedly, his Dec. 29 commentary, headlined, “Mineral mining industry merits our appreciation,” made sulfide mining sound like a benign extension of the iron ore and taconite mining that has gone on in our state for generations. But what would you expect from a PolyMet board member?

He conveniently forgot to warn us about acid-mine drainage, for starters. Acid-mine drainage is what results from bringing sulfur-bearing minerals into contact with the atmosphere. Sulfuric acid is created. There are 1,500-year-old, Roman-era hard-rock mines in Europe that are still producing acid-mine drainage pollution today.

In addition in northern Minnesota, where surface water and groundwater mix so readily, PolyMet’s initial Draft Environmental Impact Statement predicted its West Pit would fill with water and overflow into the Partridge River (in the Lake Superior watershed) after the mine’s closure, according to Conservation Minnesota.

PolyMet’s board member further failed to say there are no examples of a sulfide mining operation without serious pollution. Never, not once, not anywhere in the world has sulfide mining been done without damaging lakes and streams. And the sulfide mines proposed for northern Minnesota are at the head of our continent’s three key watersheds: the Great Lakes, the Mississippi River, and the Hudson Bay. Does it make sense for an industry with a 100 percent water-pollution track record to operate in North America’s most water-intense environment?

PolyMet’s board member didn’t explain, either, why PolyMet won’t agree to genuine, escape-proof assurances that the company will be held responsible for any and all environmental damage it causes. In fact, PolyMet says that upfront assurance is a deal-breaker, according to former Minnesota State Rep. Frank Moe and his comments in a 2011 MinnPost article. The company’s board member didn’t admit that mining companies have compiled a long record of promising safe practices only to break those promises and shift the costs of dealing with damage to taxpayers.

PolyMet’s board member also said the EPA gave PolyMet “the highest rating granted to any U.S. mining initiative over the past 16 years.” In reality, in March, the label the EPA put on PolyMet’s latest mine plan read, “Environmental Concerns-Insufficient Information (EC-2).” Does that sound like a passing grade? Or more like an incomplete?

The PolyMet officials’ remarks reminded me of a timeless Mark Twain quote: “All you need in this life is ignorance and confidence; then success is sure.” That potent (and dangerous) combination seems tailor-made for PolyMet, according to Bloomberg-Businessweek, which wrote, “PolyMet Mining seems an unlikely (mining company) candidate. … In its 33 years of existence, it hasn’t mined a single ounce of marketable ore. The company has posted zero revenue in those three decades while piling up almost $100 million in losses. And its main physical asset is an abandoned factory filled with idled rock-crushing equipment on a desolate ridge in northeastern Minnesota.”

The PolyMet board member seems to be betting Minnesotans are ignorant, too. But we know multinational corporations like PolyMet will say anything to get their foot in the door. And they’ve grown fond of telling us that new technology will cure all ills associated with the inevitable acid-mine drainage that ends up poisoning regional watersheds and waterways like Lake Superior.

But the sportsmen and sportswomen of northern Minnesota aren’t buying it — and neither should you.

David Lien of Colorado Springs, Colo., and formerly of Grand Rapids, Minn., is a life member of the Minnesota Deer Hunters Association (mndeerhunters.com) and is co-chairman of Minnesota Backcountry Hunters & Anglers (backcountryhunters.org).