This article originally appeared in the Spring 2019 issue of Backcountry Journal. 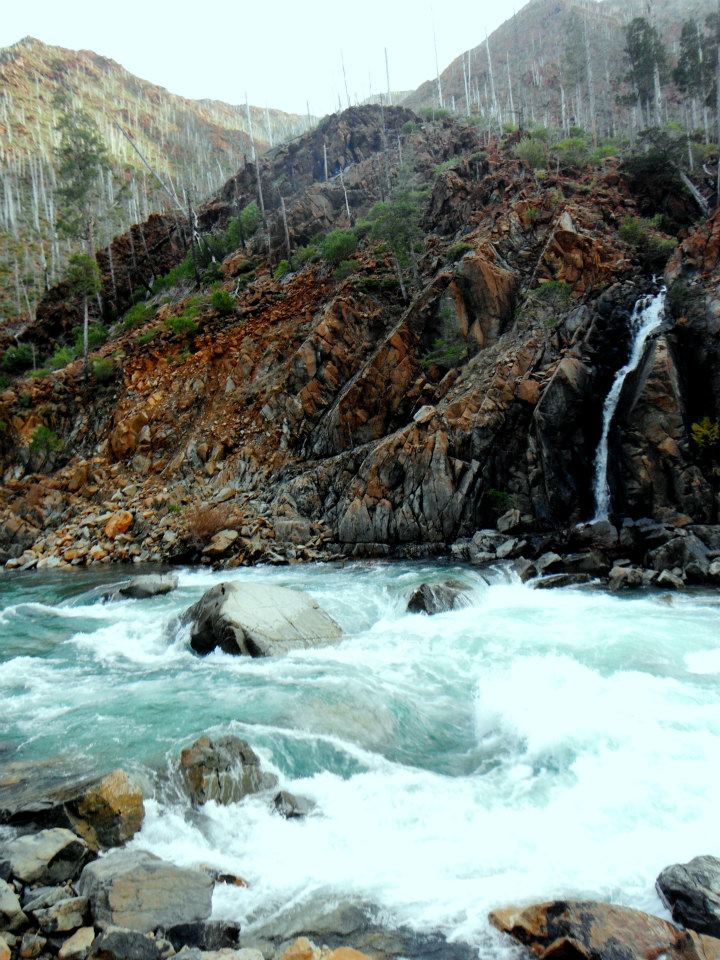 Along the Oregon/California border the mountains rise up straight out of frigid, rocky rivers trying to touch the sky. The waters run free and innocent to the needs of the modern world.The black-tailed deer are elusive as any that roam the West, and the rivers seasonally turn chrome.

Located within the Six Rivers National Forest, the Smith River watershed is the only major river system in the state of California that has never been dammed. In recognition of this, the Smith enjoys a 325-mile Wild and Scenic designation, which includes 78 miles designated wild, another 31 miles designated scenic and another 216 miles designated recreational. In July of 2017 Oregon designated the North Fork of the Smith River as an Outstanding Resource Water. The Environmental Protection Agency approved this designation in October of 2017, giving the Smith even more protection. The other major designation protecting this area is the Smith River National Recreation Area. Designated by Congress in 1990, the SRNRA has a management plan that aims to “ensure the preservation, protection, enhancement, and interpretation of the Smith River’s wild and scenic rivers, ecological diversity and recreational opportunities while providing for wise use and sustained productivity of its natural resources.”

Despite these designations on both the state and federal level, the watershed as a whole is at risk. With a proposal to develop a nickel mine at the headwaters of the North Fork Smith River, this backcountry water system is in the crosshairs. With widespread local support at meetings and through public comment, intervention by the assistant secretary for land and minerals management in 2017 secured a 20-year moratorium on mining on nearly 100,000 acres of national forest and Bureau of Land Management lands. While this moratorium still allows those who filed pre-existing claims to continue mining, it gives Congress the time to consider this area for permanent withdrawal. Being that the North Fork of the Smith runs for 13 miles within Oregon, the issue becomes bi-state and federal. This will require state officials to collaborate with the federal government on a resolution that works for everyone. California Rep. Jared Huffman and Oregon Rep. Peter DeFazio alongside Sen. Ron Wyden and Sen. Jeff Merkley are leading the charge to ensure the protection of the Smith.

“The area is very important to the native populations. The annual salmon runs in the Smith provide an important resource, and any mining in the area could jeopardize that,” says Russell Kuhlman, BHA’s California and Nevada chapter coordinator.
The area is home to many passionate people who depend on the river as a source of income through tourism dollars from hunters, anglers, river raft enthusiasts and eco-tourists – all who have a shared interest in conserving the watershed.

Jake Crawford, the river steward program director for the Native Fish Society, based in Oregon, states, “Anything that happens upriver hurts downstream water quality and the fish that live there. Even with the 20-year moratorium on mining, the threat is not over. There are two reasons why there have been little to no developments in the region. One is the shape of the watershed. If you look at a topo of the region, it’s shaped like a big bowl, so when the rains come they come hard and fast. This is not conducive to dam building, and the region is very remote. This is a world class piece of public land with some of the cleanest water in the country and a robust fishery.”

With more than 720 square miles in the Smith River watershed and no dams on the river, the area is prime habitat for fish. The river is most known for its runs of Chinook salmon, coastal cutthroat trout, steelhead and coho salmon, but is also home to sculpin, green sturgeon, white sturgeon, brook lamprey, Pacific lamprey, American shad and chum salmon. The Smith has been a popular destination for sportsmen and women for many generations, and with the advent of social media the once remote adventurers hideaway is now on everyone’s list as a must see location.

The Smith River watershed is sought after not only for its fishing opportunities; it also is home to robust big game populations. Black-tailed deer inhabit this region from the low-lying coast to the high alpine lakes. With archery and rifle seasons ranging from late August to the end of October, hunters have lots of time and opportunity to fill their tags. With the majority of the low-elevation country being private land, the public land hunters must go into the forests and mountains. Limited vehicle access to the backcountry makes for long, steep hikes and heavy packs in this landscape. Opportunities for black bears are just as abundant.

Roosevelt elk are highly sought after in the region with thousands of applicants for only a handful of tags each season. Along with a diverse fishery and wildlife population, the area hosts an abundance of rare and endemic plant species, making its responsible management all the more important.

With Rep. Rob Bishop (R-UT) leading the charge to have the mining moratorium lifted on the North Fork of the Smith River, it is of utmost importance for citizens to be actively engaged in the conversation. Cooperation from conservationists on both sides of the aisle are imperative to the longevity of the pristine waters of the Smith River.

Matthew Clark is an intern for the Backcountry Journal and currently studying English writing and journalism at the University of Nevada, Reno. He is also the President of the Collegiate Club of BHA at UNR.