FAIRBANKS — There are 1,700 employees that staff 47 Alaska Department of Fish and Game offices across the state. But in the 663,300 square mile state, only two of those 1,700 employees make up the Department’s Small Game Program. There’s an unintended emphasis on the word "small," as the program relies on hired part-time, seasonal workers, as well as a dedicated host of volunteers — both furred, and non-furred — to fulfill the program’s mission to promote the conservation of small game resources in the state for future generations.

Here in Alaska, we are fortunate to have healthy populations of all three species of ptarmigan — willow, rock, and white-tailed — all of which are native to Alaska and can be legally hunted by both residents and non-residents in long seasons and with liberal bag limits. 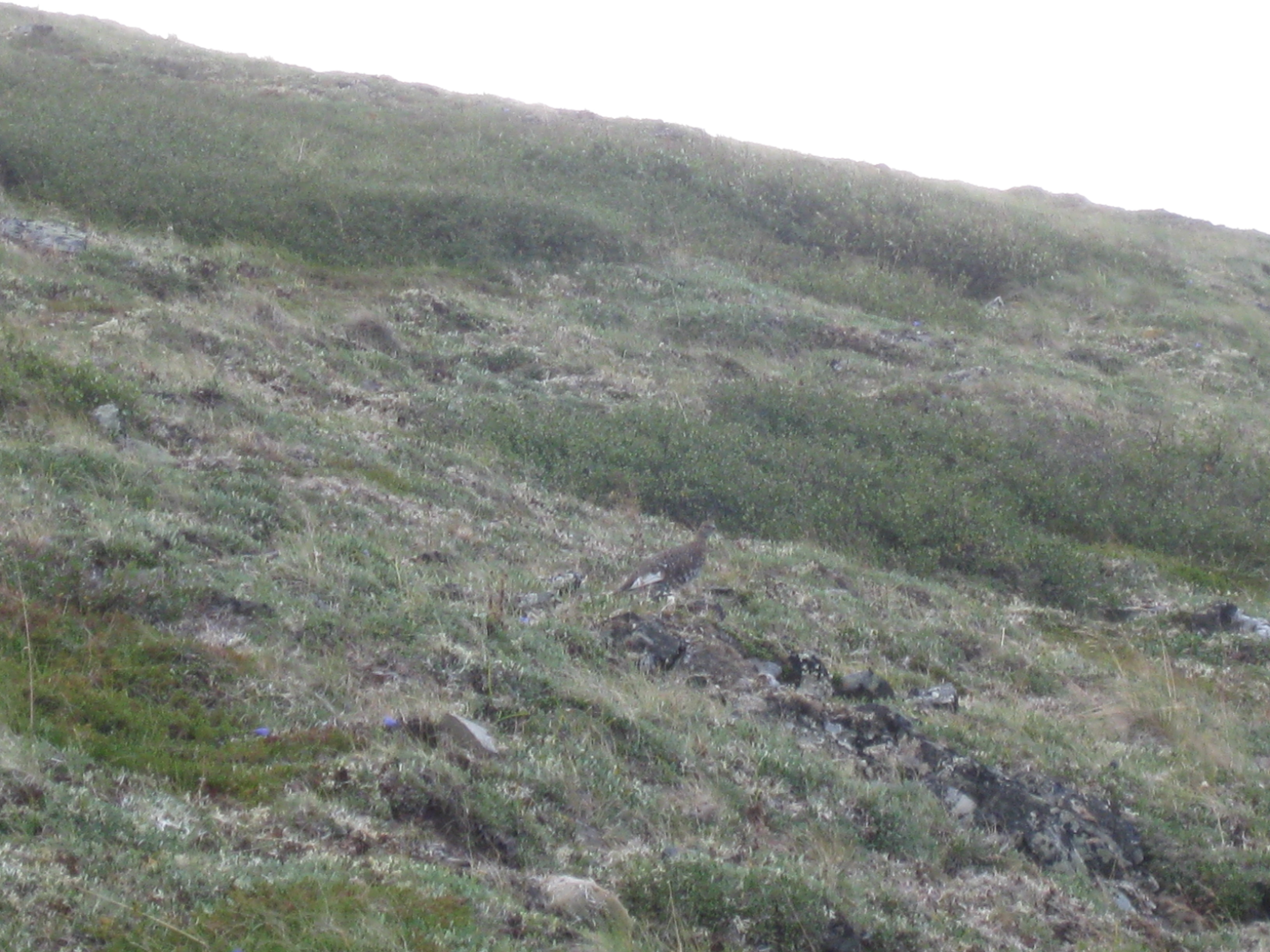 Two of the three ptarmigan species can be found in the Interior’s White Mountains, where for the past five years Fairbanks’ ADFG small game biologist Cameron Carroll enlists the help of local dog handlers to conduct brood counts to estimate densities and abundances of both rock and willow ptarmigan near Eagle Summit. Ptarmigan, part of the grouse family, are adept at camouflaging themselves in open habitats, making the use of trained pointing dogs highly effective for conducting survey work and providing better opportunities for accurate counts by volunteers.

This year’s  three day ptarmigan brood survey was marked by spectacular weather conditions and a full group of nine volunteers — four with tails, and five without. I was fortunate enough to be among them as a first-year volunteer and representing the Alaska Chapter of Backcountry Hunters & Anglers. Prior to participation, both dog and handler are evaluated for their aptitude for the work they are volunteering to do. The check is for their own safety and the safety of the ptarmigan broods.

Even though my pup didn't make the cut this year, I had a blast busting brush and walking up to10 miles in the early morning hours with several 1,000+ foot vertical climbs. The reward was clear and expansive ridgetop views, Fortymile Herd caribou sightings, observing and learning from the more experienced volunteers’ dog handling while recording data that will ultimately be used to inform the management of our small game resources. I now have renewed motivation and a specific goal in mind as a new handler — to get myself and Emmylou, my 18-month old German Shorthaired Pointer, ready for next year’s survey season!

Members of the Alaska Chapter of BHA are excited to partner with state agencies like the Department of Fish and Game to complete surveys, volunteer their time and skills and share in the common goal of conservation management of the state’s small game resources for current and future hunters. ADFG’s Small Game Program works to study and understand the grouse, ptarmigan and hares of Alaska and develop educational opportunities through courses and seminars for interested individuals. For more information, you can contact program biologists at [email protected].

share on
See other pages related to alaska bha alaska news
Get the latest news and stories, right to your inbox.
Search
Local Chapters