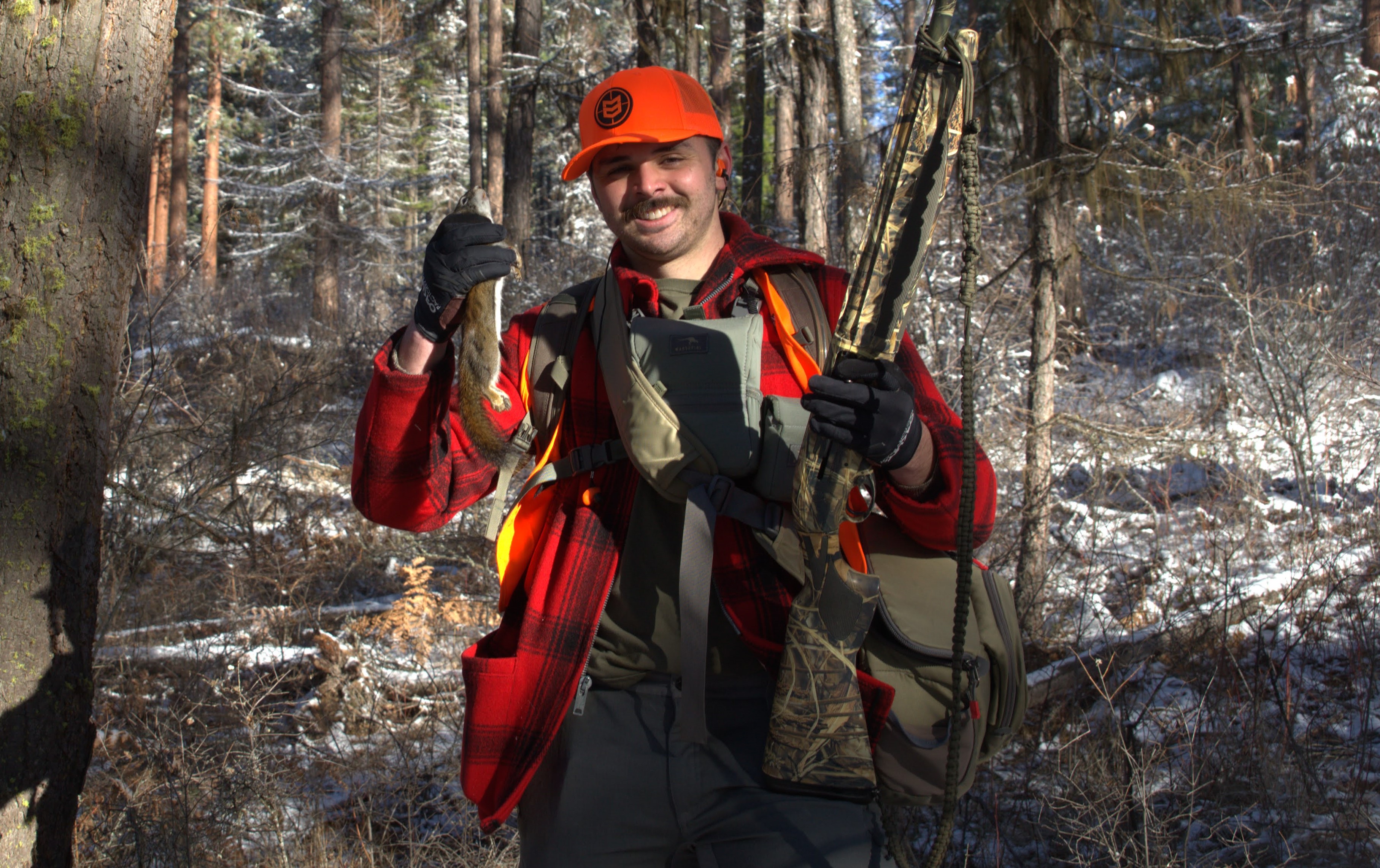 For this dish we went out in the Pend Oreille National Forest on a hunt for small game, specifically squirrels. It started with a classic hour and a half drive filled with jokes and songs with everyone piled in my 2003 chevy Tahoe. For a couple of the guys, this was their first squirrel hunt out in the woods. As we got up there, we realized it was colder and there was more snow than we anticipated, but we were not dismayed, and either way, we were going to have a good time. Once we got out of the Tahoe, we took a second to take in the cool alpine air and mountain sunrise colors that were slowly simmering to frigid blue. About 30 minutes after we put our boots on the ground, we found our first squirrel high up in a big, old pine. The pine was deceivingly tall and since we didn’t have dogs, we had to figure out a different way to flush the squirrels. We got in a semi-circle and had alternating slingshots/pellet rifles and shotguns. We used slingshots to get the squirrel moving, and I took the last shot that finally got him in between trees.

We continued north with little luck but spent the afternoon taking in views and cracking jokes. Realizing we only had about a few hours of daylight left, we started back to the foothills. The temperature started to cool on our way down when we saw another squirrel and employed the same tactics: slingshot to flush then wait for a positive ID to shoot. However, this time it seems we were outsmarted by the squirrel. As every small game hunter knows, that will happen. We started to head south to another location but not before hitting a few mud puddles on the way. We pulled off to the side of the road to sit on a small cliff and take in the sunset vibes overlooking a lake. Once we realized that we had very little daylight left we spent some time picking up trash before starting the grill to cook the squirrel as well as a rabbit and some pheasant I had from a previous trip. We stood around the grill and exchanged stories until well after dark when we reluctantly got back in the truck and headed home.

For this dish you will need to have your game meat either quartered or spatchcocked (depends on the animal and usable meat). After that take your game meat and place in tinfoil. After placing the game meat in the foil put enough olive oil to cover the meat and then season the meat to taste with the salt and Memphis seasoning. Close the aluminum foil by wrapping it around the meat, then place on the fire or grill and turn every 3-5 minutes until done. Unwrap and serve.