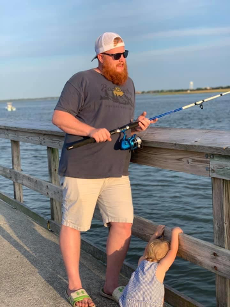 Cody was born in Fort Wayne, Indiana and grew up hunting and fishing with his dad and grandfather. At the young age of three his family relocated to South Carolina, and he has called the Palmetto State home ever since. Annual family reunions always contained fishing trips on the local public waterways. A hunting rifle received as a Christmas gift at nine years old, and a father who patiently taught him the craft, gave him his first taste of whitetail deer hunting. These experiences sparked an interest in the outdoors that has never diminished. Making memories that last a lifetime in these wild places is something that Cody wants to pass down to his children. In order to make that happen, he is prepared to fight for our public land and water! He is currently working towards his B.S. in Natural Resources through Oregon State and plans to pursue a new career that keeps him outdoors. Backcountry Hunters and Anglers offers an opportunity to teach others the importance of solid, science-based conservation practices and why they are essential if we want our children to have the same opportunities we did. Together with his wife, daughter, and BHA’s volunteer army, he plans to continue to be in the arena fighting in the name of our Public Lands and Water.

Glenn was born and raised in eastern Alabama and was introduced to the outdoors via hunting and fishing at an early age. He spent his time as a child hunting and fishing with family and friends in Alabama until 1987 when he joined the U.S. Navy. After serving six years in the submarine force as a missile technician he returned to Alabama and Auburn University where he pursued a bachelor’s degree in wildlife biology with an emphasis on pre-veterinary medicine. He was accepted into Auburn Universities College of Veterinary Medicine and received his DMV in 1999. He currently lives in Moore, SC and owns a small animal practice in Spartanburg, SC. He is married to Cayce Adcock and together they have four children. He continues to hunt and fish and remains passionate about the outdoors. Together he and his wife are focused on getting the family involved in all aspects of their outdoor lifestyle and exposing their children to everything our great wild lands have to offer. Their goal is to instill in their children a love so great of God’s creation that they will always fight to protect it. 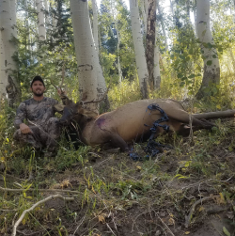 Wayne grew up in a non-hunting household but was introduced to hunting as a young teenager by his cousin. In the 7th grade, he was introduced to turkey hunting and harvested his first gobbler on public land. That set the fire and passion for the outdoors that still burns today. He spends most of his time in the whitetail and turkey woods all across the state but has since expanded his hunting experience to bear hunting in our mountain region as well as going out west to elk hunt. While hunting out west he found out about BHA and started pursuing an official chapter in South Carolina. Wayne has a beautiful family with three little children and is married to his high school sweetheart. He has now started introducing his little ones into the outdoors and looks forward to sharing more of those fond memories of hiking, hunting, and fishing with them as they continue to grow older. 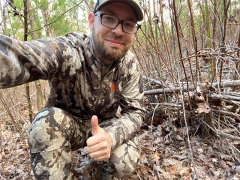 Thomas was born and raised in the upstate of South Carolina. Growing up, he fished on Clark’s Hill and Lake Greenwood with his father from the age of three until a few years ago. In recent years he has shifted his outdoor focus to hunting whitetail deer on our public lands. Public land access and public access to our waterways are critical for his personal consumption of wild game in our state. Therefore, protecting and conserving these lands and access points is of extreme importance to him, his son, and for the generations who come after him. Our state has a lot to offer us as public land owners! Let’s keep it clean, let’s keep fighting to protect it, and let’s raise our young up to carry the torch. 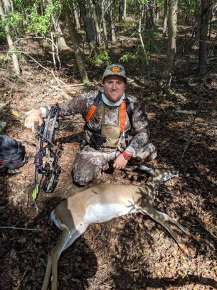 Kyle is an upstate SC native. He attended Clemson University for mechanical engineering and now works in construction management. His love for public lands and the outdoors was fostered on the seat of an ATV over countless weekends with his Dad and brother. He also enjoyed dove hunting with his grandfather, father, and brother. Kyle has a background in competitive shooting sports and is now an avid archery hunter/enthusiast as well. He has helped archery span the gap for recruiting non-hunters into the fun sport of target shooting and bringing them comfortably into the hunting arena. Kyle currently lives in Greenville with his wife and three daughters. 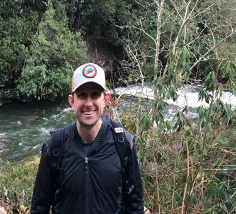 Pete grew up in South Carolina as an avid hunter and fisherman.  He began fishing when he was old enough to stand and hold a pole. Pete began hunting shortly thereafter. Over the years he’s enjoyed all of the wonderful outdoor activities South Carolina and the southeast have to offer.  Pete hunts different types of wild game throughout SC. He’s also spent decades fishing the intercoastal waterways along the South Carolina coast.  Pete enjoys spending time with his family hiking, camping, and fly fishing in western NC and upstate SC. One of his greatest pleasures in life is wading quiet, off the grid mountain streams with a fly rod in hand.  His passion for the outdoors led him to BHA in order to support and maintain the wild places he loves so much. Pete is honored to be a part of BHA and all efforts made to protect these areas for his children and all future generations to enjoy. 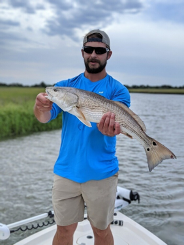 Travis was raised on a small family farm in central Missouri where his passion for the outdoors developed. All of his free time growing up was spent in the woods catching snakes, frogs, and anything else too slow to get away. Along with this, hunting and fishing were a large part of life. While in the scouts, trips utilizing public land for exploring, fishing and camping were very valuable. Floating an Ozark stream fishing for smallmouth bass is still one of his favorite pastimes. It wasn’t until later in life that Travis started hunting big game on public lands in other states where it became very obvious to him how lucky we are to have these opportunities. Travis earned a B.A. in Conservation Enforcement and a MA in Environmental Studies. After spending some time working for the Missouri Department of Conservation and then the Department of Natural Resources, Travis moved to Charleston, SC where he is currently an environmental GIS analyst supporting the U.S. Air Force. Chasing redfish and speckled sea trout in the low country tidal creeks is where you are likely to find him these days. 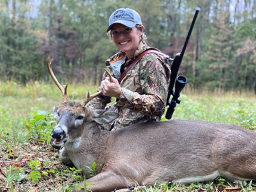 Cayce is from upstate South Carolina and currently lives in Moore, SC with her husband, Glenn, and their four children. Cayce has always enjoyed being outdoors as an athlete; however, she was not introduced to serious fishing and hunting until she and Glenn met. Even still, it did not take long for her to develop a passion and appreciation for the richness that those things can add to life. Together, Cayce and Glenn value outdoor education as an integral part of raising their children and improving their community as they strive to instill a heart for public lands and conservation through service, relationships, and experiences.

Gaines grew up in Spartanburg, SC hunting occasionally when invited by family and friends and fishing as frequently as possible in the upstate and on the coast of South Carolina. During his childhood, he always treasured those times outdoors with family and friends. In 2012 he attended The Citadel in Charleston and graduated in 2016. Upon graduation, Gaines married his wife Heather and stayed in the Charleston area. The fall after graduation he had his first experience hunting waterfowl in the marshes of SC. After duck season, he picked up turkey hunting, fly fishing, and big game hunting. Ever since, Gaines has been passionate about any activity that takes him, his family and friends outside exploring God’s creation around us. 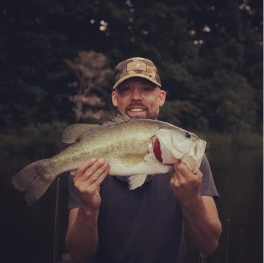 Kyle was born and raised in Greenville, SC. He is the husband to Staci and father to Max and Beck.   If he isn’t chasing his kids around on bikes or on the ball fields, he is in the woods or on the water.  Kyle has been hunting and fishing in South Carolina since he was seven years old and has always cherished the outdoor resources we have in South Carolina. Kyle looks forward to seeing what can be accomplished in this state with an official BHA Chapter. 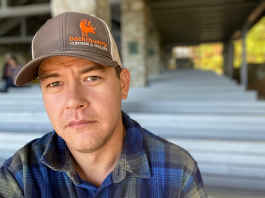 Cole’s early years were spent traveling overseas and across the US in a military family. The outdoors, camping, and fishing were always key to cheap, accessible entertainment during his youth. After his family settled in South Carolina, Cole began hunting in his teenage years. He has hunted turkey and quail in Indiana, whitetail in The Carolinas, mule deer in The Frank, and antelope on the plains of Wyoming. Professionally, Cole earned his B.A. in nursing from the University of South Carolina and currently travels as a crisis relief nurse. His experiences, both professionally and personally, have fueled his passion for protecting our great outdoors and passing on a quality of life we all have a right to experience. Our lands and waterways are something he has always enjoyed sharing with friends and family. He plans on taking his oldest son to hunt antelope in Wyoming in the near future. Cole has a family with three boys and knows he would not have the ability to experience these things if it were not for his supportive, strong, and loving wife.