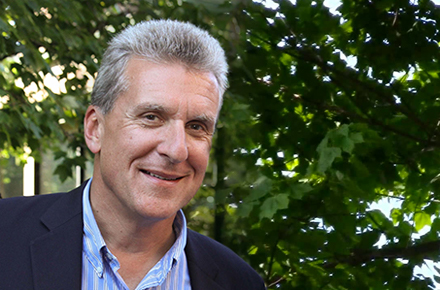 Michael Sutton is an international conservation leader who serves as Executive Director of the Goldman Environmental Foundation in San Francisco. Gov. Schwarzenegger twice appointed him to the California Fish & Game Commission, where he served eight years including two as President. Mike has served on the summer faculty at the Vermont Law School and held leadership positions at World Wildlife Fund, National Audubon Society, and the David & Lucile Packard Foundation. His government service includes stints as a National Park Ranger in Yellowstone and as a Special Agent with the US Fish & Wildlife Service. Mike serves on the Boards of the Santa Lucia Conservancy, Global Conservation, and the Mountain Journal. He is a lifelong hunter and fly fisherman whose team won the Jackson Hole One Fly tournament in 2018.

I have been hunting and fishing most of my life. I even managed a few hunts during 12 years of military service overseas and in the submarine service. Being in the fields and the woods is how I recharge my batteries. Whether hunting, fishing, hiking or just sitting and blending in, my favorite place is being out in nature.

Since settling in California, I have been a longtime member of DU, CWA, MDF, RMEF and other conservation-oriented groups. In the late 1980s I was offered the opportunity to manage a 7,000-acre piece of high desert north of Susanville, CA. The property had previously been leased by a hunting club along with leasing grazing rights. Nothing had been done in decades to improve the habitat.

When I took over, I teamed up with a private logger and set to work improving the habitat. We removed thousands of Western Junipers trees which drink large amounts of water, kill off browse plants underneath their canopies and are also a big fire hazard.

I partnered with CWA, and we built a 25-acre seasonal wetland which is still providing nesting and resting water for various waterfowl.

I organized work weekends with volunteers from the Red Bluff area 4H, friends and many people from various hunting social pages. During these weekends we planted browse seeds and seedlings, we put wildlife friendly fencing around a 3-acre Aspen grove, we replaced old border fencing with wildlife friendly fencing, we rebuilt an earthen dam and thereby restored a large pond. My volunteers also accomplished many other smaller projects.

I applied and got the property into the DFW Private Land Management program which provided deer and antelope tags that I could resell for a profit which I used to partially pay for the various projects on the land. I also sent out dozens of requests for grants and donation from various organizations with some success.

I have a bachelor’s  degree from Cal Poly in Engineering Technologies. I have a “MacGyver” degree from life. I live in Oakland wife my wife and our little Bulldog.

We are now accepting applications for the following volunteer positions: