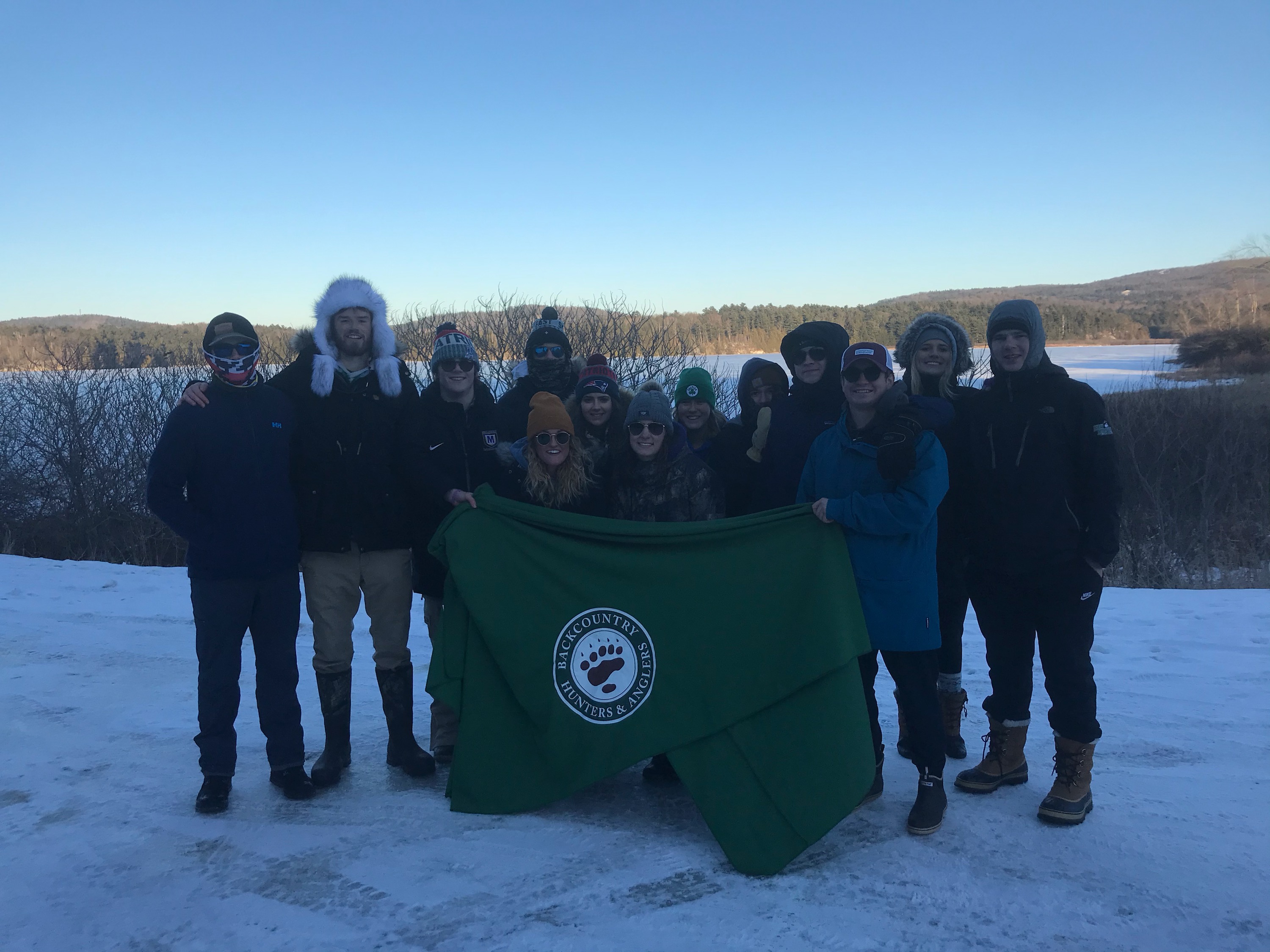 On January 29th, The Backcountry Hunters and Anglers Club of Saint Michael's College held its first event of the semester in conjunction with Vermont Fish and Wildlife and their Learn to Fish program. 15- 20 students attended, only four of which had gone ice fishing before, and for several of them, it was their first time fishing at all. It was a very cold day, only 15 or so degrees without the windchill, but nonetheless, we braved the elements.

The event started with a forty-minute educational period where we learned about ice safety and how to properly dress for a day on the ice. We then learned about fish identification before finally transitioning into how to drill a hole and how to set up a tip-up and jigging rod. Everyone was then handed a tip-up and jigging rod and sent on their way.

The fishing started pretty slow, but we weren’t completely out of luck. Club Treasurer Brady Neeb, who had been ice fishing before unsuccessfully, pulled his first fish up through the ice a few minutes after setting up his tip-up. For the next hour or so a few people got bites and a stray flag or two went up, but  the only person who managed to catch another fish was Brady, landing another larger yellow perch and a pumpkinseed. 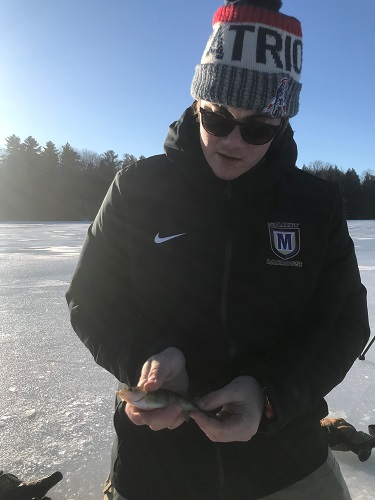 In conclusion it was a great trip, everyone learned a great deal and found out that ice fishing is indeed cold. I want to give credit to everyone who came out and tried something new for the first time. No one got squeamish when it came time to hook the minnows onto the tip-up lines, and complaining about the relentless wind and cold was minimal. Also, a special thanks to Vermont Fish and Wildlife for providing us the opportunity to get out and spend an afternoon on some public lands!

I have never done anything like this so it will be fun to try out!