Rediscovering Human Wildness: Backcountry Hunting as a Gateway to Passionate Advocacy for Wilderness

The following is an abstract BHA Member, Karl Malcolm, Ph.D. for a presentation that will be given at the 50th Anniversary of the Wilderness Act, National Conference in Albuquerque, New Mexico, October 15-19, 2014. 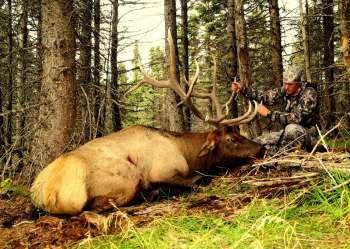 The modern wilderness movement as we know it germinated in the fertile glow of a hunter’s campfire a century ago. Humankind stalked the animals sharing their habitats when “wilderness” would have described all corners of our planet during the Pleistocene. More now than ever wilderness provides sanctuary for wildlife and humans alike, a cherished holdout offering reconnection to land, nature, family, food, and our past.

Personal connections to wild places inspire hunters to be among the most devoted advocates for wilderness yet there is a perceived division between hunters and other backcountry aficionados. The degree of future success in conserving, promoting, expanding, and stewarding wilderness will depend on how well various stakeholders find common ground and present a cohesive front on behalf of wild places. Securing acres in the public domain and ensuring public access to those lands, including wilderness, should be a paramount goal to all conservationists and all conservation organizations, regardless of any other differences that might exist.

During the latter half of the 20th Century the admirable identity of hunting has been eroded by warped branding which has occurred in the hunting industry, in segments of the hunting and non-hunting media, and due to representation by a vocal minority of hunters who have failed to adequately represent the values, motivations, and character of their peers. Although hunting does violate the “take only pictures, leave only footprints” mantra espoused by other wilderness user groups, the potency of this primitive human experience in fostering deep, personal connections to and reverence for natural wildness must not be overlooked.

An exploration into the identity of backcountry hunters will expose the simple fact that similarities shared with their non-consumptive conservationist counterparts far outweigh any differences. A stronger union between these groups would promote enhanced stewardship of the wildness cherished by both.

About Karl Malcolm
share on
See other posts related to the campfire Backcountry Stories
Get the latest news and stories, right to your inbox.
Search
Local Chapters