Push play. Tuesday evening. I took the opportunity to lie down, put on my headphones (for the record I could listen to Jason Isbell 24/7), and relax after my 9-to-5 before the evening’s BHA work began. My wife was outside entertaining our grandchildren while our daughter was at work thereby giving me the opportunity for some quiet. The monthly North Carolina BHA Board of Directors meeting would kick off shortly at 8:15 sharp over Zoom.

My role on the board? NC BHA Armed Forces Initiative Coordinator. Tonight, I would be providing a synopsis of our installation clubs’ three August events, other Veteran related outreach opportunities, and introducing the board to the initial plan for an inaugural North Carolina Rendezvous in March of 2023. Earlier in the week I was appointed committee lead for our targeted Rendezvous event and had developed a framework for a Rendezvous Committee to begin coordination and planning.

Rewind. Three days prior I was at a Camp Lejeune in Jacksonville, NC supporting our AFI Club there. That group of Marines was playing host and providing both mentors and mentees for our state’s fish and game agency—North Carolina Wildlife Resource Commission. NC WRC has invested respectably in R3 programming, and this weekend’s event was another iteration of their flagship, hands-on R3 initiative known as Getting Started Outdoors (GSO). North Carolinians who have zero to very minimal hunting experience and no social network to support them can register for WRC’s GSO courses. These courses are currently offered for turkey, waterfowl, and, as in the case of this weekend’s event, whitetail deer.

I would be there to teach three topics, Crossbow Safety, Basic Gear and Hunting Scenario, and Game Recovery: Before and After the Shot. North Carolina is fortunate to have an incredibly committed and contagiously energized warrior on staff, Walter “Deet” James, as their hunting program lead. Deet is notably enthusiastic, and he does a fantastic job of bringing BHA and other conservation organizations in as partners for state programs. For this event, there were eighteen students—most of whom were affiliated with the United States Marine Corps though a couple there were not. The majority had just completed their hunter’s safety requirements and purchased their very first hunting license.

Fast forward. Lying on the bed reflecting, I thought about the things I had emphasized to those students, one of which was my own hunting experience. I said, “I’ll be 54 in a couple of weeks. How long do you think I’ve been hunting?” The answers varied—six years, fourteen years, fifty years (there’s always one in the group who goes big). But here’s my actual story:

By the time I was twelve, I had been deer hunting a total of three times. After that, I didn’t pick up a bow, rifle, or shotgun to hunt anything until 2019, which not coincidently, was the year I joined BHA. I then explained that I wasn’t sharing this tidbit to point out that I was teaching classes after having been hunting for only two years, but to emphasize that there is a place for you—for everyone—to give back, to participate, to learn to identify as a hunter no matter your experience level.

Pause. When the topic of R3 comes up between conservation partners we always talk about the need for mentors, but we rarely discuss that mentorship is a process that requires both parties, mentors and mentees, to be actively engaged. These 18 hunters from this fateful day at Camp Lejeune can now partner with a mentor and scout and hunt together, gaining practical experience and hands-on opportunities to expand on the fundamentals they learned that day. The mentee should be enthusiastic and seek for opportunities to become a better hunter, not merely expect the mentor to reach out to them. The mentor-mentee relationship is a 50/50 deal.

Play. In that light, I told the group of students, that there was no reason why next August they could not be helping at a GSO Whitetail Workshop just like this one. While they would not be expected to lead a class, they certainly could act as an assistant instructor, help serve venison chili at lunch, help with set up and tear down, run the registration table, and/or share their first year of experiences with folks who would be in their very same shoes 12 months from now. “Who better to discuss the experiences of a first-year hunting with someone new than someone who had just completed their first year?”

Postlude. Backcountry Hunters & Anglers provides all members with opportunities to give back. If we try to cherry pick those with more experience to participate, we fail the second R: retain. Reach out to those with little experience but with lots of enthusiasm. When someone tells you they want to get involved, get them involved.

Today, I sit here at my desk with two deer hunting seasons under my belt (plus waterfowl, squirrel, dove, and turkey) serving as Secretary of the Fort Bragg BHA Club and the State’s Armed Forces Initiative Coordinator. I have planned over 20 BHA events, led many of them, and eagerly look forward to many more in 2022. None of this would have happened if someone, whom I had never met before, had not asked me a simple question, “Do you want to be involved with this thing?”

Marty Bartram is a North Carolina native and retired U.S. Army First Sergeant. He can be reached at [email protected]. His BHA profile is available at https://www.backcountryhunters.org/teamrhinoamericanventures 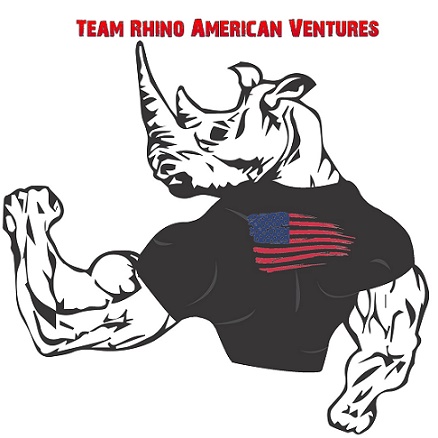 share on
See other posts related to North Carolina News
Get the latest news and stories, right to your inbox.
Search
Local Chapters