Recovering America's Wildlife Act: What it Means for Alaska 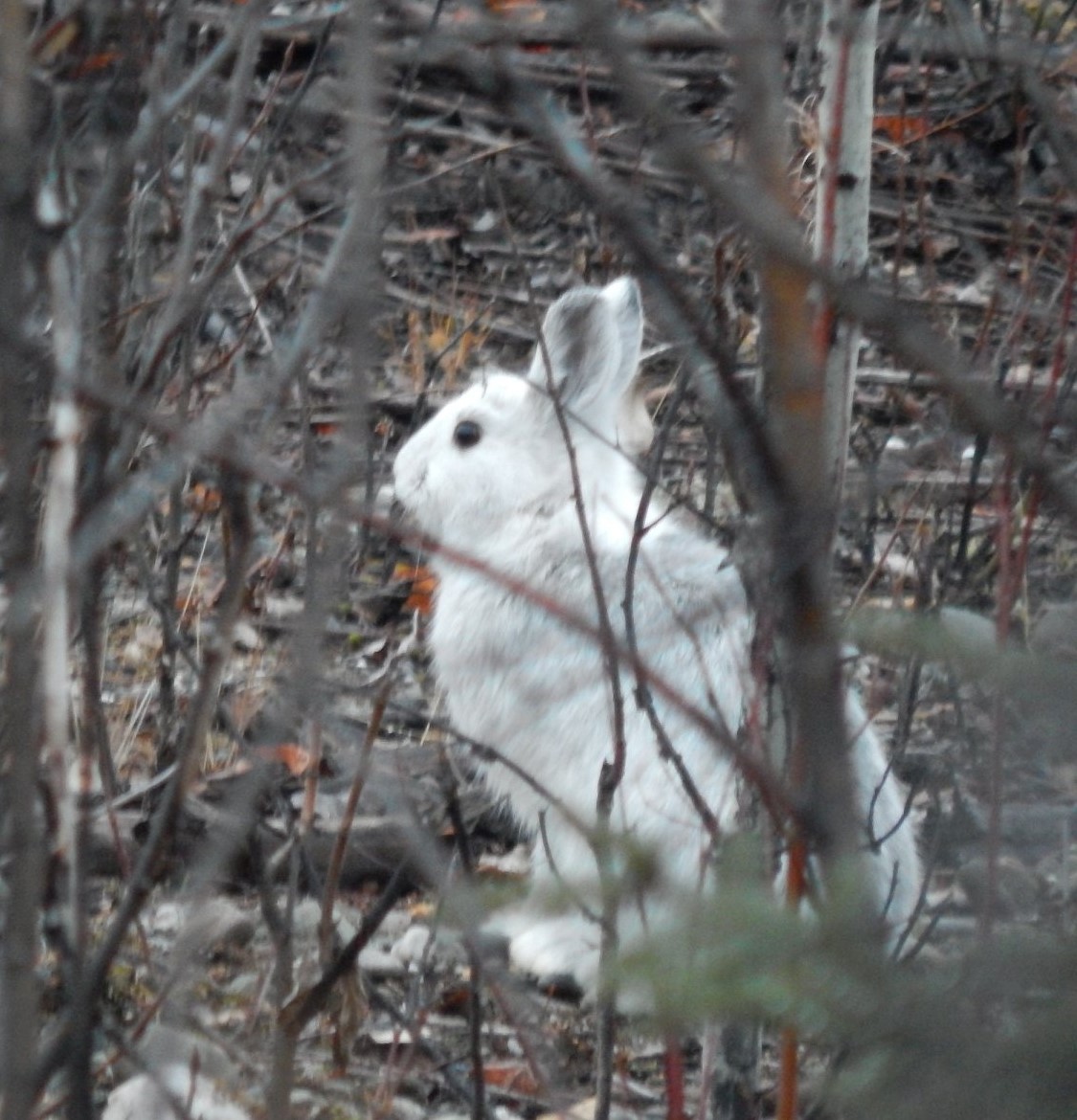 An interior Alaska snowshoe hare. The Recovering America's Wildlife Act may benefit small game "species of greatest conservation need" including hares, by earmarking conservation and management funding for them.

The Recovering America's Wildlife Act (RAWA) is a proposed federal congressional bill that would allow supplemental Pittman-Robertson Act funds to be made available for management of fish and wildlife species determined to be of "greatest conservation need" by each State's Wildlife Action Plan.

The bill was introduced to the U.S. House of Representatives in April 2021, and just recently passed out of the House Natural Resource Committee. Alaska Congressman Don Young, voted in favor of the bill and recently signed on as a co-sponsor.

If signed into law, this act could offer substantial benefits to fish, wildlife, their habitat, and the outdoors folk who fish and hunt for them. This is outlined broadly in a recent blog post by BHA. But what benefits from the Act could we expect for Alaska's animals and for Alaskan hunters and anglers?

A great first step to understanding how RAWA could benefit Alaska is to review Alaska's most recent State Wildlife Action Plan. This plan lays out a list of "Species of Greatest Conservation Need" (SGCN) to be prioritized for research, conservation, and management. Some of these species are listed because they are declining in numbers or their habitat is threatened, but others are listed because of their especially high economic, cultural, and ecological value. These SGCN are slated to be prioritized by the funding provided through RAWA.

In Alaska's Action Plan, 326 species of fish, amphibians, birds, and mammals are listed, as well as several invertebrates. All these species are incredibly important in terms of maintaining healthy biodiversity in our state and many represent important components of the food chain that supports fish and wildlife species which hunters and anglers particularly value. A smaller number of species are of direct interest to people who fish and hunt, and most have been listed below.

While no big game species are represented on the SGCN list, many fish, waterfowl, and small game species that are popular quarry for Alaskan outdoors folk are included. However, RAWA funds used for these and other non-game animals of "greatest conservation need" will indirectly benefit popular big game animals such as bears, caribou, wolves, and moose through conservation of shared habitats and maintenance of links in the food chain. 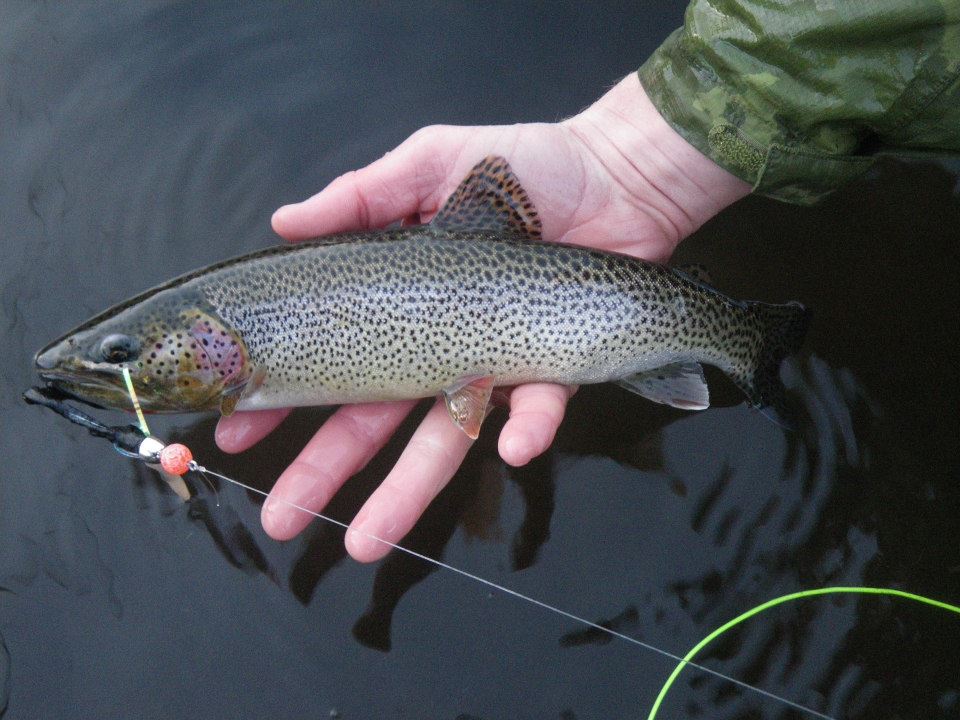 Coastal cutthroat trout are included as an SGCN and are a valued sport fishing resource in Southeast Alaska.

Focusing on the species that are included as SGCN, RAWA funds will greatly benefit sport fishers and small game hunters by funding studies, conservation efforts, and management actions to conserve fish and small game. This is excellent news, as small game and freshwater fish often don't migrate across state or national boundaries (so don't draw federal interest and funding), and do not inspire political and social attention to the degree that large mammals do.

The prioritization of salmon species is especially encouraging, because healthy salmon populations directly and indirectly benefit a lengthy list of animals in both freshwater and terrestrial ecosystems. In the last two decades, salmon populations throughout Alaska have shown radical fluctuations, as evidenced by recent near-total collapse of Yukon River salmon runs and subsequent issuances of multiple fisheries disaster determinations. Healthy salmon runs facilitate transport of marine nutrients into freshwater ecosystems, boosting ecosystem productivity and abundance of resident fish, keeping bears in food, and even fertilizing adjacent forests. Therefore, RAWA funding targeted towards salmon conservation and rehabilitation will benefit salmon populations and us anglers who catch them, as well as rainbow trout and Dolly Varden angling enthusiasts, and even bear hunters.

Coho salmon in a Tanana River tributary. Sport fishing for coho salmon throughout the Tanana drainage was closed for the first time ever in 2021, because of low run strengths.

For waterfowl enthusiasts, the inclusion of several sea duck and geese species, as well as sandhill cranes will be welcome. Particularly in coastal communities, these birds are important subsistence and sport hunting resources, and vulnerable species such as Emperor Geese need to be monitored and managed carefully to ensure they are not depleted and that hunting opportunities are maintained. Additionally, snowshoe hare and Alaska hare hunters will be pleased that their species of focus may be earmarked for additional research and management attention through RAWA. Alaska small game biologists are spread thin and often lament chronic under-funding that makes it difficult to monitor population levels and study even the basic ecology of these underappreciated animals. 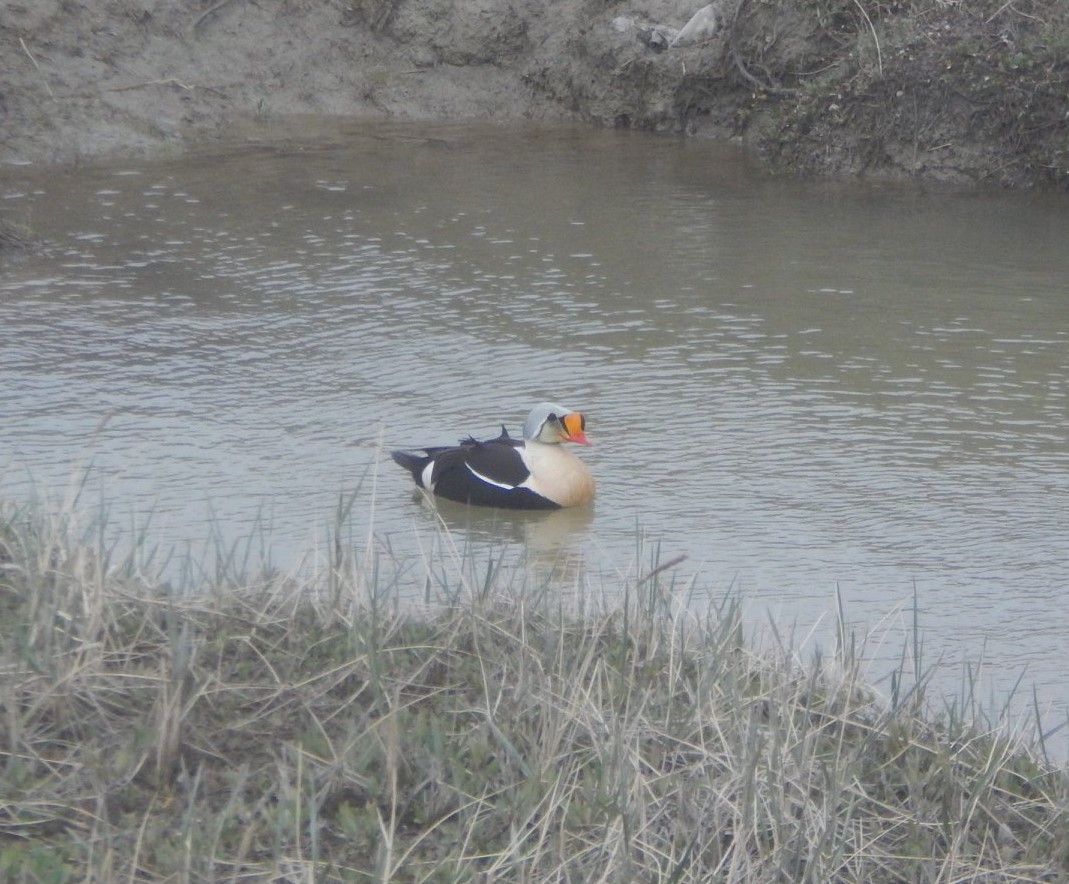 A drake king eider resting in a thermokarst pond on Alaska's Arctic Slope. King eiders are included as an Alaska SGCN and are at the top of "life lists" for avid waterfowl hunters.

In reviewing the fish, wildlife, and their habitats that would be beneficiaries of extra attention under the Recovering America's Wildlife Act, it is clear that the legislation represents a positive step for research, conservation, and management of Alaska's natural resources that we as hunters and anglers value and enjoy. Be sure to look over this information and conduct your own evaluation on what this Act might mean for you and the fish and wildlife species that you hold dear.

If you feel strongly about this legislation, take action below to persuade your representatives that RAWA is worth supporting and championing. 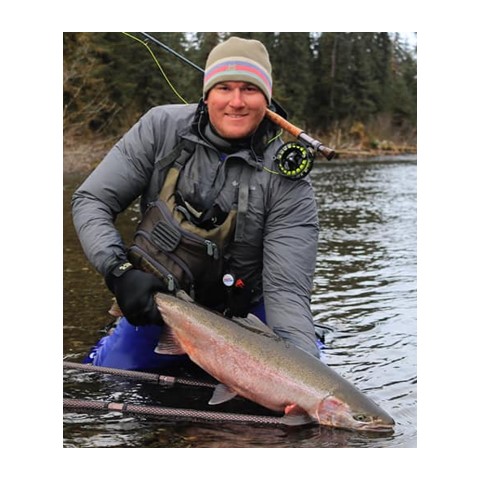 Fisheries ecologist and avid fly fisher and hunter based in Fairbanks, AK

share on
See other posts related to alaska bha
Get the latest news and stories, right to your inbox.
Search
Local Chapters