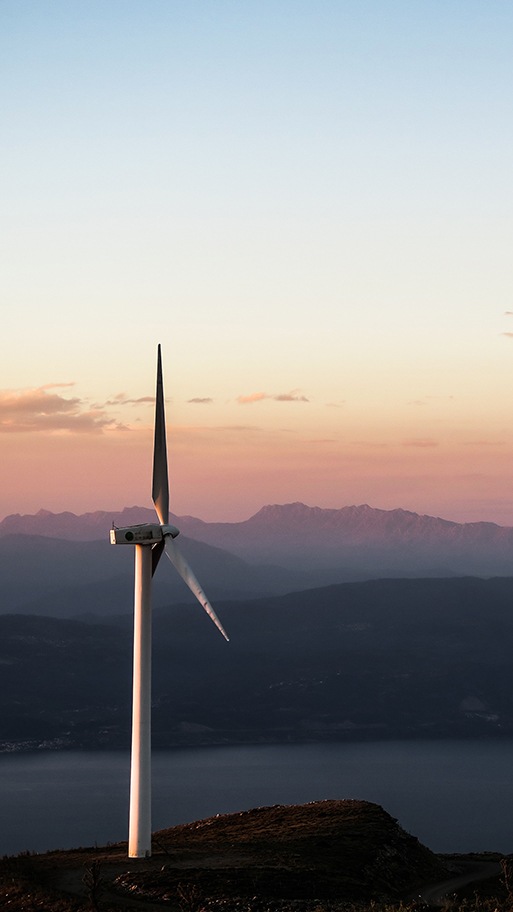 The Public Land Renewable Energy Development Act (H.R. 3794, S. 2666), introduced by Reps. Paul Gosar (R-AZ) and Mike Levin (D-CA) and Sens. Martha McSally (R-AZ) and Martin Heinrich (D-NM), proactively seeks to responsibly site solar, wind and geothermal energy development on our public lands and prioritize considerations for fish and wildlife habitat that avoid and mitigate impacts upfront. Renewable energy development is a growing presence on our public lands, and market conditions suggest this trend will continue, since fuel sources like coal are increasingly less economically competitive. By being practical and foresighted, the hunting, fishing and conservation communities can help avoid devastating impacts to fish and wildlife habitat and our outdoor pursuits by engaging now to influence development policies. Questions and uncertainties are circulating around the purpose of the bill and it’s important to understand that this legislation doesn’t drive new development or endorse one energy source over another, but sets more protective standards for renewable energy projects than exist currently while ensuring that we prioritize conservation.

Question: Why is BHA advocating for energy development on public lands?

Answer:  In recent years, much attention has been given to U.S. energy consumption and the need to expand our energy portfolio to increase clean, affordable, renewable energy sources. Running parallel to this is the increasing focus around the value and role our public lands play in our American outdoor traditions and in the nation’s annual $887 billion outdoor recreation economy. We need to find a balance where public access, recreational use, energy development and conservation can coexist.

Our support of this legislation is not an endorsement of energy development itself but a set of important guidelines that must be followed when development does occur. PLREDA incentivizes responsible development, creates more rigorous conservation standards that consider fish and wildlife — something that doesn’t currently exist for any energy development sector — and could facilitate more realistic competition across market conditions at any given time. If we had better standards like this in place for oil and gas development, fragmented habitat with patchwork well pads and infrastructure stretching for miles in states like New Mexico and Wyoming would look much different today with healthier fish and wildlife populations and greater habitat connectivity throughout.

PLREDA gives us the opportunity to codify policies that promote conservation and mitigate the ecological impacts of renewable energy projects. The legislation adopts smart siting and identifies areas with high energy potential, but where impacts to fish and wildlife habitat would be minimal.

No development is without impact, and while many of us would prefer that our public lands and waters remain undeveloped, the reality is that our resources are managed under a multiple-use mandate. That does not mean every use in every place, however, so it’s our collective obligation to ensure that we are advocating for responsible development practices and elevating considerations for fish and wildlife and our hunting and fishing traditions. 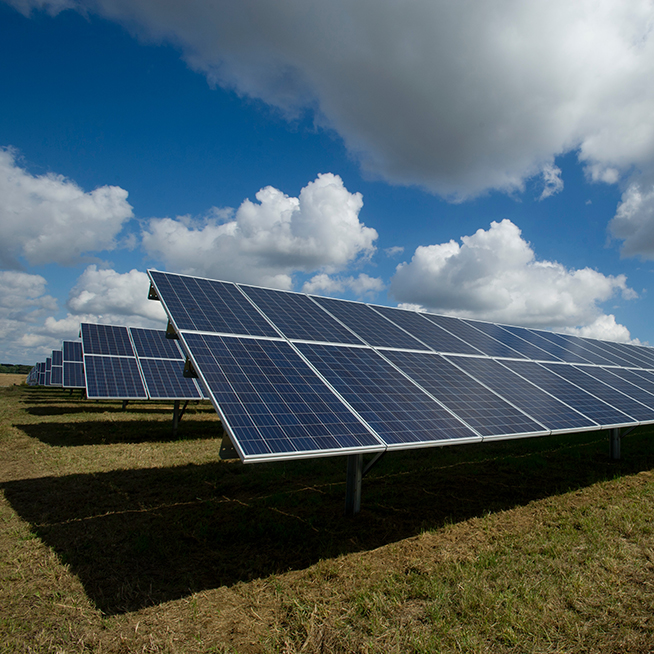 Question: Who determines where wind, solar and geothermal energy can be developed?

Answer: Under Section 4 of PLREDA, the Secretary of the Interior will be charged with identifying priority areas for wind, solar and geothermal projects using the BLM’s 2012 Western Solar Plan as a model. This model provides criteria to be considered in accessing transmission lines and avoiding and minimizing conflicts with fish and wildlife habitat and recreational areas.

Question: In what type of areas will these renewable energy installations take place?

Answer: If enacted, PLREDA will require the Department of the Interior (DOI) to conduct an environmental analysis and valuate potential sites to determine what public lands could be compatible with renewable energy development and what public lands are critically important to recreational access and fish and wildlife habitat. These areas will be identified primarily on BLM land in 12 Western states.

While the legislation aims to streamline regulatory processes in order to create greater efficiencies, PLREDA reiterates that development on public lands must comply with existing environmental assessments required under the National Environmental Policy Act (NEPA). Under Section 4(d) of this act, analysis must include environmental impact statements on priority areas for geothermal, wind and solar energy development, but agency staff could incorporate additional regional analysis and scientific information at any time. This gives the BLM opportunities to identify and expand areas that are critical to fish and wildlife habitat in order to exclude them from priority development areas. All stakeholders, local communities and members of the public will retain the opportunity to comment on development projects and challenge any proposals under NEPA. Any regulatory efficiencies created by this legislation shall not supersede any existing laws including NEPA.

Questions: Can wind farms harm birds and other wildlife? How would PLREDA address this?

Without policies like PLREDA to guide responsible development, these projects may not only create adverse impacts on fish, wildlife, and migration, but also water resources, recreational access, and unknown areas related to long-term infrastructure development.

Question: It looks like PLREDA streamlines the permitting process. Does this limit public input and circumvent environmental analyses that determine the impacts development could have on fish and wildlife habitat?

Answer: Solar, wind and geothermal projects are a growing presence on our public lands. Like oil and gas development, these projects will help the U.S. meet our energy needs, but if done the wrong way in the wrong places, there could be irreversible consequences for fish and wildlife. Without policies like PLREDA to guide responsible development, these projects may not only create adverse impacts on fish, wildlife, and migration, but also water resources, recreational access, and unknown areas related to long-term infrastructure development. However, when properly sited and vetted, these projects can coexist with fish and wildlife and recreation.

Under Section 6 of PLREDA, wind, solar and geothermal projects require siting in areas with high potential for energy development and low impact on fish and wildlife habitat. These areas will be vetted through an efficient and proactive permitting process that should provide certainty for developers by requiring the implementation of a proper environmental analysis through existing NEPA language. In fact, PLREDA takes the environmental review process a step further and increases mitigation activities due to requirements under Section 10(3) that requires 15 percent of revenues from wind and solar be used to facilitate project mitigation and permitting. This will help eliminate negative impacts to access and fish and wildlife habitat by initiating proactive avoidance strategies and early planning to consider landscape-level needs upfront.

PLREDA also establishes a revenue sharing model under Section 10 that distributes funds to state, county and conservation efforts, ensuring that public lands remain accessible, and taxpayers receive fair value for the energy produced. Because our fish and wildlife are increasingly subject to a variety of other cumulative impacts including  resource extraction, insect and disease, catastrophic wildfires, invasive species, and drought, we must develop a funding source to support species and ecosystem conservation. PLREDA effectively appropriates conservation funding from the royalties generated by the production of wind and solar energy on public lands. Similarly, the Land and Water Conservation Fund, our most successful public access funding source, is supported by revenues from offshore oil and gas production. This conservation funding model is essential to protecting and enhancing fish and wildlife habitat and hunting, fishing and recreational access for existing or inaccessible public lands.

Question: What does the funding breakdown look like for revenues generated from renewable energy development on public land?

Answer: While we know the percentage of allocations (below) spread across states, counties, conservation, mitigation and the U.S. Treasury, it is challenging to predict or model revenue projections with accuracy. 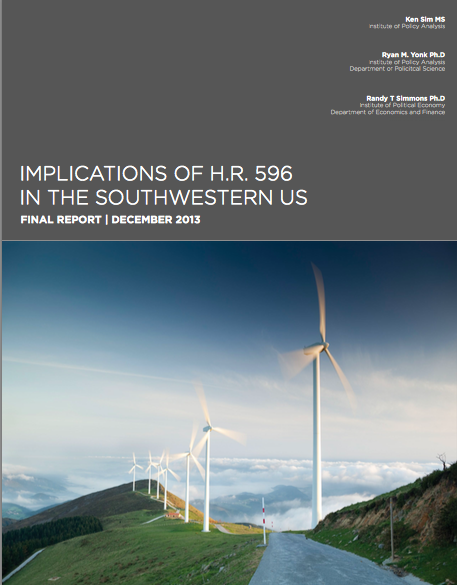 While we don’t have the ability to calculate hard projections, a 2013 case study conducted by Strata Policy and the National Association of Counties(NACo) gives us a strong idea of what we can expect. As an example, NACo states that Imperial County, California had the potential to receive approximately $350,000 annually in additional revenues generated from the 10,000-acre Ocotillo Express Wind Farm located on BLM land and in the county.

Imperial County is home to the Salton Sea, a flourishing ecosystem that supports sportfish, waterfowl and more than 400 other species. In recent years, fish and wildlife have been threatened by the insufficient amount of fresh water flowing into the sea creating toxic salinity levels that threaten the survivability of many species. The estimated $350,000 generated annually from just this one small wind farm would improve habitat and promote access to hunting and fishing there.

Mandating that necessary funds be provided to fish and wildlife and counties and states that bear the burden of development is a critical improvement from current development standards.

Question: Under Section 9 of PLREDA, the Secretaries of the Interior and Agriculture require production of 25 gigawatts. Is this a new mandate? Does it incentivize the production of renewable energy on public lands?

Answer: Section 9 of PLREDA does state that a minimum of 25 gigawatts (GW) of electricity will be produced from solar, wind and geothermal. This is not a mandate, but a science-based projection for renewable energy production through 2025 based on existing projects and expectations for the next 5 years.

Under the Energy Policy Act of 2005, the Bush Administration set a goal to permitting 10 GW of renewables by 2015. This was met. During the Obama administration, the goal was set to 20 GW by 2020. Following this reasonable projection and timeline, PLREDA sets the goal once again to 25 GW by 2025. Over the years, the Bureau of Land Management (BLM) has changed the way they record permitted GW on public lands. Currently, the BLM states that an estimated 12 GW are already permitted.

If we evaluate the additional 13 GW needed to reach the new 25 GW goal by 2025 and we only look at solar PV, at 7.9 acres/MW (based on an estimate for projects >20 MW in size from a National Renewable Energy Laboratory study), this requires an additional 102,700 acres of solar development. While this is not an insignificant number, BLM has already established 700,000 acres of Designated Leasing Areas (aka priority areas or zones) for solar development on public lands.

All development has impacts and while no legislative vehicle is perfect, PLREDA will put measures in place that consider fish and wildlife as a priority instead of an afterthought and predesignate priority development areas to prevent avoidable conflict.

Join BHA today in contacting your representative below to support the Public Land Renewable Energy Development Act. This legislation prioritizes fish and wildlife habitat and effectively reconciles the interests of hunters and anglers with renewable energy development on public lands.

share on
See other posts related to the campfire blog
Get the latest news and stories, right to your inbox.
Search
Local Chapters