Monday, March 11, 2019:  Public land supporters in Idaho made a strong statement at the Idaho statehouse earlier today during a hearing for H 162, a bill from Representative Judy Boyle (Midvale) that aims to create a special 8-member Federal Lands Council.  The eight members of the council were to be handpicked legislators, selected by two other legislators, the Speaker of the House and the Senate Pro Tempore.  Over 200 public land supporters crammed the hallways of the capitol, creating a need for the hearing to add an overflow room.  The amount of people signed up to testify on the bill was so immense that Senate Resources & Environment Committee chairman Lee Heider scrapped the sign-up list and asked people to simply line up if they wished to speak. 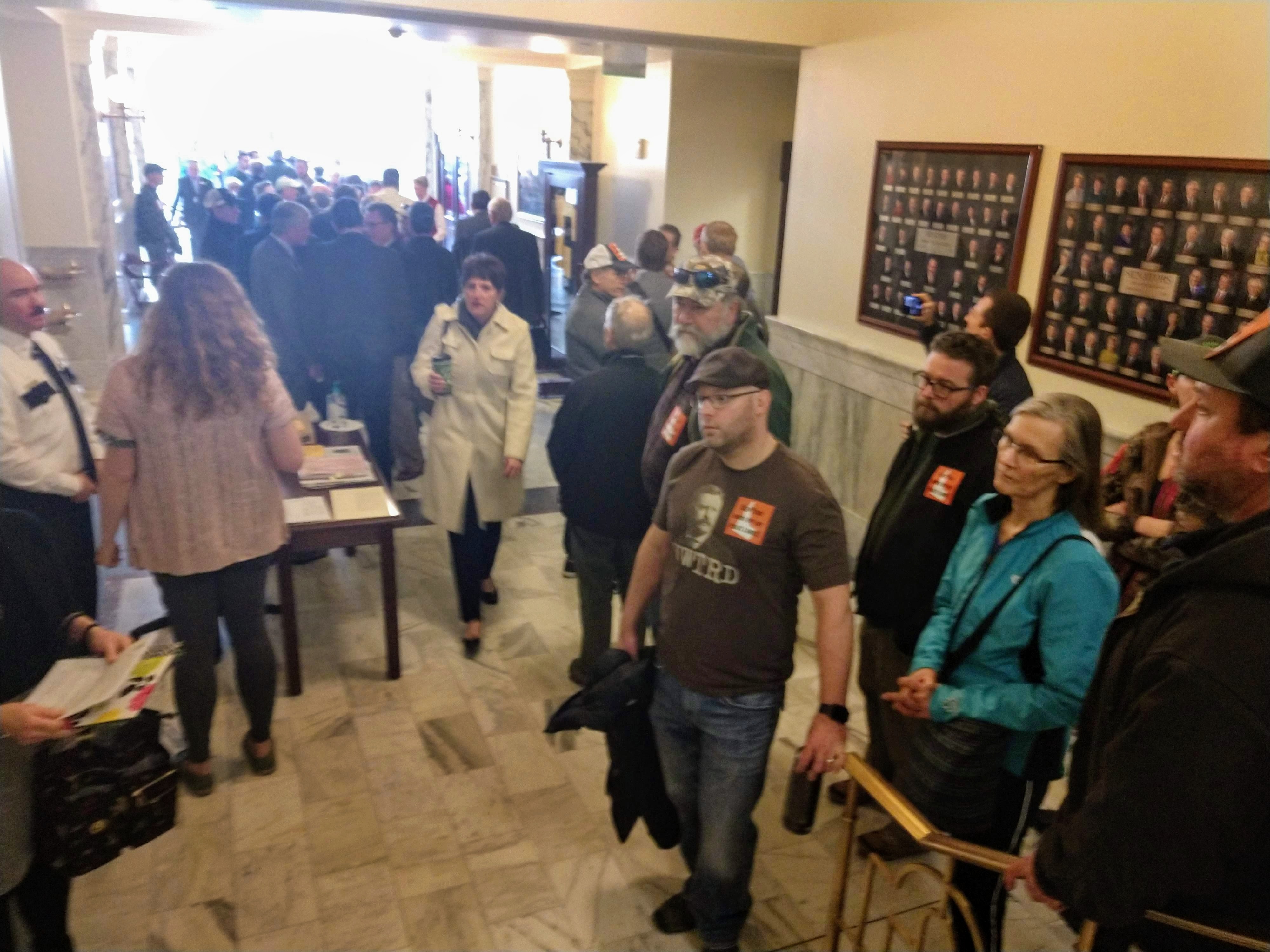 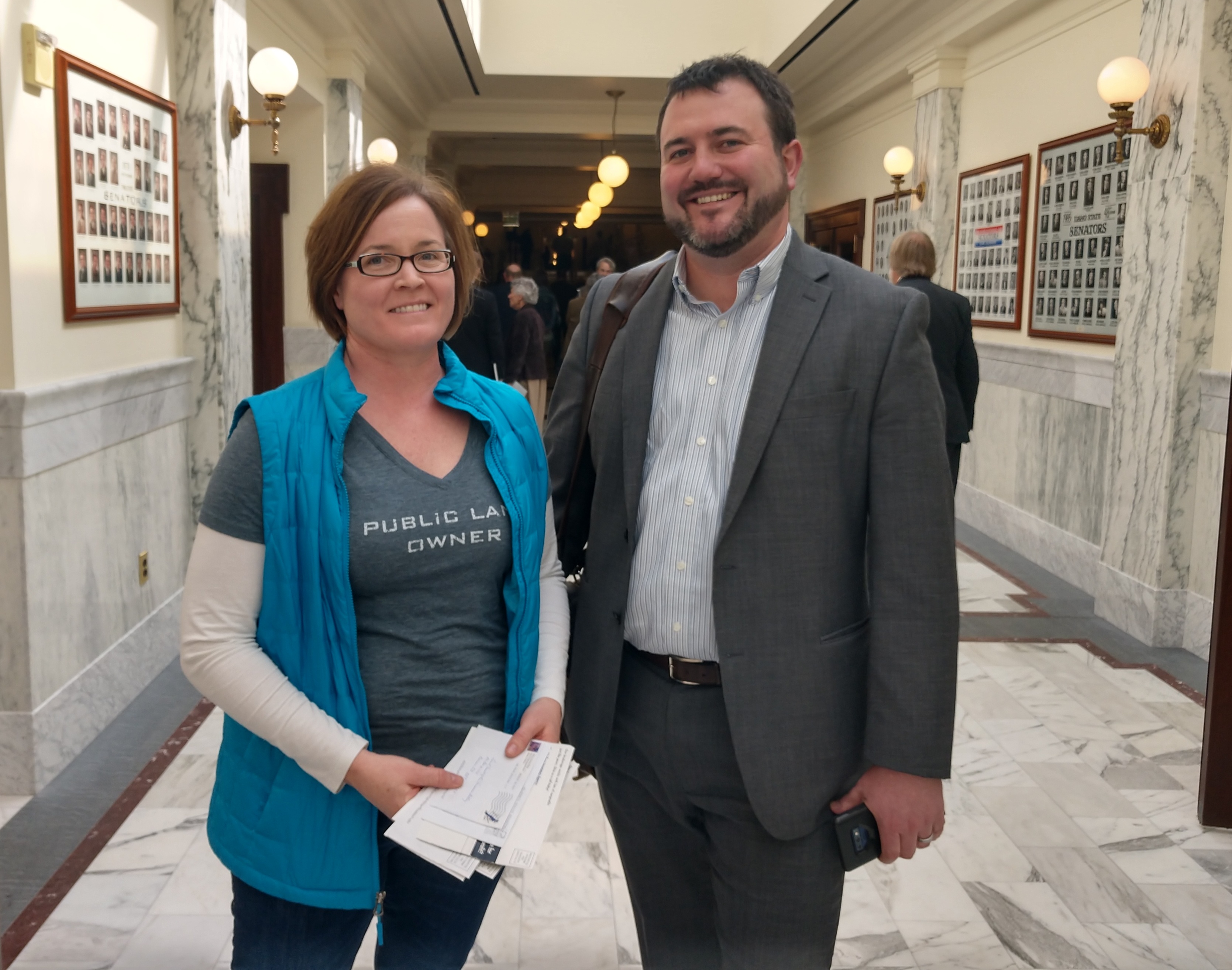 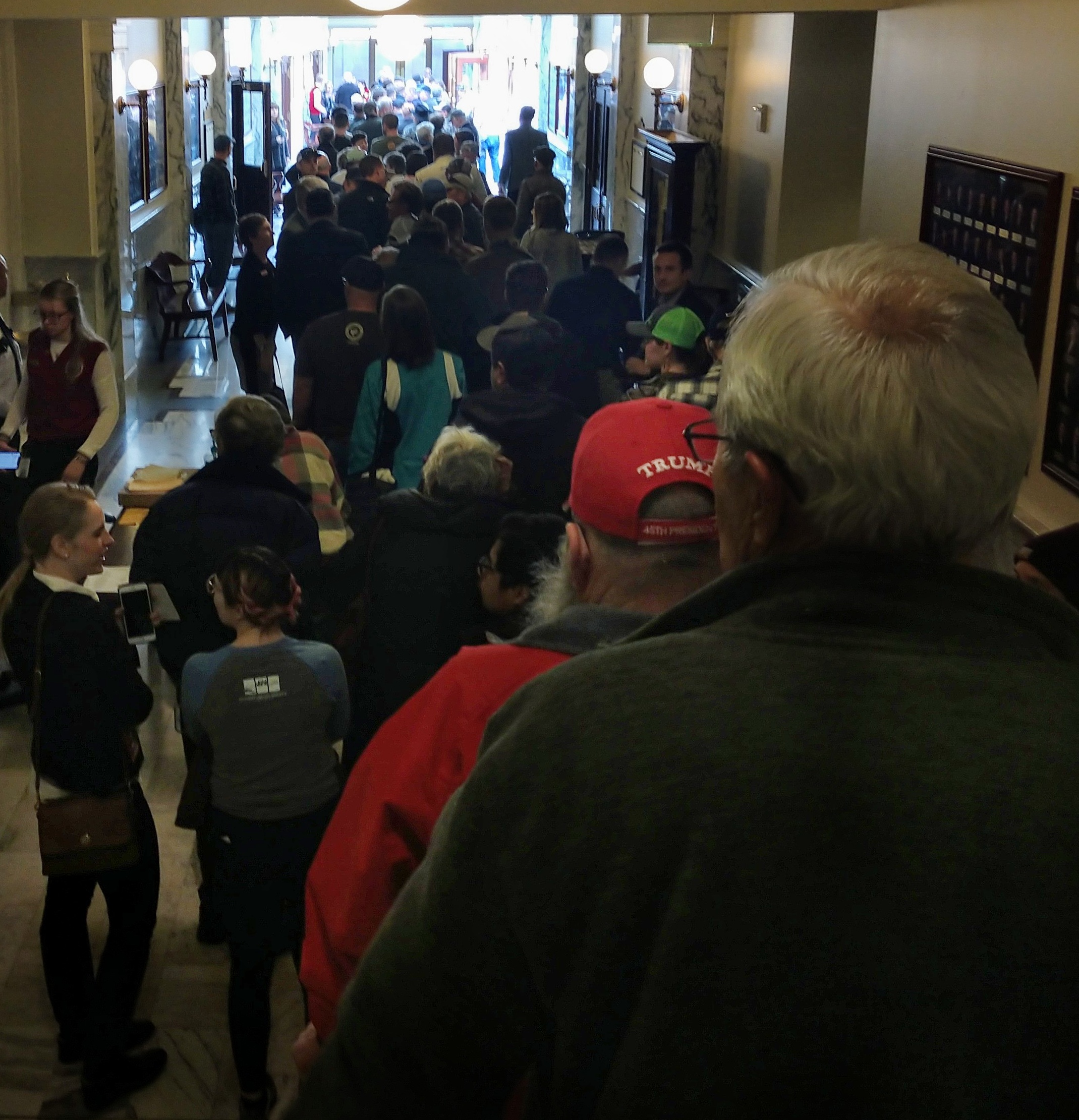 Prior to seeking public testimony, Senator Mark Harris (Soda Springs) presented the bill to the committee and stood for questions.  Several committee members had questions, many of which pointed out the fact that there are several pre-existing Idaho state agencies that already work with the federal agencies on public land management.  Other concerns were voiced around the fiscal note, the generally vague language of the bill and the lack of a termination date for the council.

The hearing was shortened to just one hour, an adjustment that was unexpectedly made just days prior to the hearing.  As a result, the hour neared an end with a large number of people still in line waiting to testify.  In an unusual move, chairman Heider informed the crowd that public testimony would be cut off and he then asked the crowd for a show of hands to measure the support vs. opposition for the bill.  Those opposing the bill vastly outnumbered those in support.  Shortly after this exercise, a motion was made on by a committee member to move the bill to the Amending Order.  The motion was quickly seconded and unanimously approved.

Idaho BHA suggests contacting your state Senator and reminding them of your opposition of the bill and asking them to keep this bill from resurfacing.  You can find your legislator's contact info at:  https://legislature.idaho.gov/legislators/whosmylegislator/

share on
See other posts related to issues Idaho BHA news
Get the latest news and stories, right to your inbox.
Search
Local Chapters