Striped bass are one of the most important recreational fisheries along the east coast, including New York. The ASMFC, which manages the Atlantic striped bass stock, is in the process of amending its management plan.  The amendment offers both promise and concern - it could restore the currently overfished striped bass stock to health, or permanently reduce striped bass abundance and expose the stock to greater risks in the future.

The Most Important Questions

The ASMFC is seeking public input on nine separate issues, which can be grouped into two general categories, including “What do we want the striped bass stock to look like?” and “How do we get it there?”  Of the two, the first is, by far, the most important.

Such goals and objectives are important because successful spawning of striped bass isn’t dependent upon the number of mature females in the population, but on favorable conditions in the rivers where spawning occurs.  Cool, wet springs favor striped bass reproduction, while warm, dry springs often result in spawning failures. Because successful spawning is largely dependent on weather conditions, and such conditions can vary year-to-year, sometimes many years pass between favorable spawning seasons.  The last spawning drought, which occurred between 2005 and 2010, was a big reason why the spawning stock biomass is now as low as it is. Maintaining a broad age structure assures that there will be enough older, larger females in the spawning stock (producing greater numbers of larger eggs, and larvae that are more likely to survive) to provide a buffer against long periods of unfavorable conditions. If most of the large females are removed from the population at the same time that few young females are entering the spawning stock, the striped bass population could be at real risk of collapse. Since maintaining a broad age structure, and enough older, larger females in the population to sustain long-term abundance, is of critical importance to the health of the striped bass stock, the current goals and objectives should not be changed.

That’s where the biomass reference points, used to measure the health of the striped bass stock, come in.  The biomass reference points establish the spawning stock target, which defines a fully rebuilt stock, and the spawning stock threshold, which defines a stock that is overfished.  The fishing mortality reference points also define a target which will allow the stock to achieve target biomass, and a fishing mortality threshold that, if exceeded, will cause the stock to become overfished.

Reducing the spawning stock biomass target would allow higher short-term landings and a higher fishing mortality rate, but it would also significantly reduce the number of older, larger females in the spawning stock, reduce striped bass abundance, and increase the long-term risk of a stock collapse.

Thus, the current biological reference points should remain in place.

Some ASMFC commissioners are seeking language that would allow fishery managers to delay taking action to reduce fishing mortality and/or rebuild the striped bass stock.  However, it is always easier to remedy a problem when it first appears; delaying and letting the problem grow worse only makes it harder to fix in the end.

The Impact of Recreational Release Mortality

There are tools available to the ASFMC to address striped bass management - Issue 7 of the management plan amendment, Recreational Release Mortality, is getting particular attention.

The ASMFC has singled out recreational release mortality as an important concern because it can account for nearly half of all striped bass fishing mortality.  That sounds like a big number, but requires a little more investigation to understand what it really means.

Overall, only 9% of all released bass are believed to die, which compares favorably with release mortality percentages for other popular recreational species (e.g., an estimated 5% of all released bluefish, black sea bass, and scup fail to survive).  However, because anglers catch millions of striped bass every year, and release more than 90% of them, even a 9% release mortality rate can lead to many fish being killed.

The good news is that, because 10 out of every 11 released fish does survive, striped bass can be managed for abundance rather than just for maximum landings. Federal fisheries data demonstrates that when bass are abundant, more people go fishing more often compared to periods when bass are harder to find.  Managing for abundance increases angler effort, which in turn maximizes the economic, social, and recreational benefits that can be gleaned from the striped bass resource.  At the same time, it is also the best way to maintain a healthy and sustainable striped bass stock, creating a situation where everyone, including the bass, win.

When all aspects of the issue are considered, there is no reason for Amendment 7 to treat release mortality any different than any other source of fishing mortality.

Anglers should always engage in good release practices, and return the bass that they release to the water as quickly as possible.  However, biologically speaking, each fish removed from the spawning stock, for whatever reason, has the same impact on the species.  The striped bass fishery is, in large part, a recreational catch-and-release fishery, and so release mortality will always make a substantial contribution to overall fishing mortality.  At the same time, because the great majority of recreationally caught striped bass are released successfully, the fishery can support far more angling effort than it could if harvest were emphasized.

What Can You Do?

The ASMFC has asked the public to comment on these important management issues described above and presented in the Public Information Document For Amendment 7 to the Interstate Fishery Management Plan for Atlantic Striped Bass, available at http://www.asmfc.org/files/PublicInput/StripedBassAm7PID_PublicComment_Feb2021.pdf.

Striped bass fishermen, and anyone else interested in healthy saltwater fish stocks, should provide the ASMFC with their comments on the Public Information Document. New York has scheduled a hearing/webinar on the Public Information Document for 6:00 to 8:00 p.m. on March 23. Those wishing to participate in the webinar must register ahead of time at https://register.gotowebinar.com/rt/8168283291056270608.

Whether or not you comment at the webinar, written comments can be sent to the ASMFC by emailing [email protected],  and using the subject line “Striped Bass PID” before the commend deadline of 5:00 p.m. on April 9. 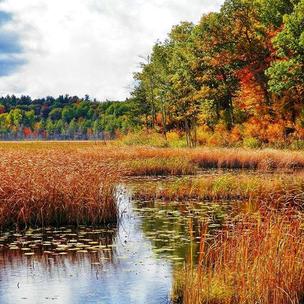