Backcountry Hunters & Anglers is the fastest growing conservation group in North America in large part due to the focus on public lands and grassroots efforts to engage the membership.  One of BHA's mantras has been to make it easy for people to show up and be engaged in discussions that affect the places they love to hunt and fish.  "Pint Nights" are popular BHA method for creating that sort of relaxed style of engagement and the Idaho chapter recently held three such events with tremendous results.

The first event was in Garden City (Boise) on September 25, to celebrate Public Lands Month (September).  BHA CEO Land Tawney was on hand for the event and opened the floor to questions from the 80+ attendees.  Barbarian Brewing hosted the event and generously donated a portion of their sales back to BHA.  Local and national businesses contributed raffle prizes, including a Savage Rifle and a Stone Glacier backpack.

The second Pint Night was on October 24 and was BHA's first time hosting an event in the Coeur d'Alene area.  The turnout from the Panhandle-area residents was impressive to say the least.  Nearly 100 people packed into Capone's in Hayden to once again bend the ear of Land Tawney.  The crowd was diverse in age and background and many people used the Pint Night as a way of connecting over shared values of hunting on public lands. An especially impressive example of dedication to conservation was a good-natured gentleman who showed up wearing fresh bandages from a recent grizzly bear mauling he endured while hunting elk on public lands. 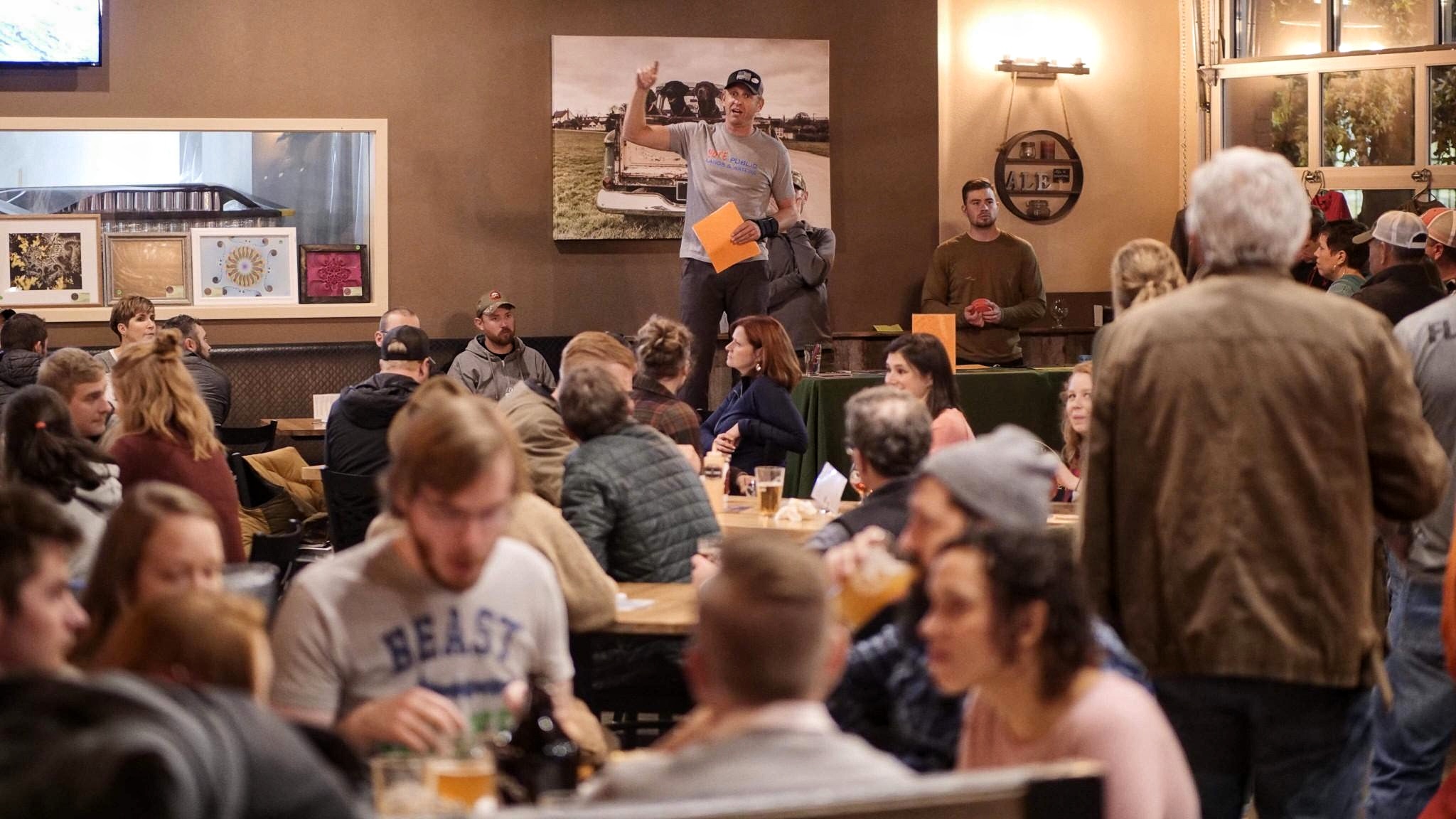 On November 1, Idaho BHA was once again back in Boise, this time right downtown at White Dog Brewing. With election day the following week, the focus of the event was on reminding people to vote and to research candidates' records on public lands and waters and wildlife issues.  The crowd of over 125 people that attended gave White Dog Brewing a big ovation when it was announced that $1 of every beer was getting donated back to BHA.  Enthusiasm was also running high as fantastic raffle prizes from Danner Boots and onX Maps were given away.  Nearly 50 people took a voluntary survey to share their opinions of what they perceived as the highest conservation priorities in Idaho.

In this stretch of 40 days and 3 events, over 100 new members joined BHA and nearly $10,000 was raised!  And each of these events set a new high-mark for attendance at an Idaho BHA Pint Night.  Idaho BHA will be announcing dates for 2019 Pint Nights and other events via Facebook and Instagram, so please stay tuned.

share on
See other posts related to habitat Idaho BHA news
Get the latest news and stories, right to your inbox.
Search
Local Chapters