On Saturday October 31, over 40 local residents, supporters, and community members gathered on a crisp Arkansas morning at the Pine Tree Research Station headquarters to help pick up trash and show support for keeping the property open to the public.  As the sun gained distance from the horizon, individuals and families started streaming in, and very quickly stories were being shared along with pictures from cell phones, passed back and forth. It became evident very quickly to this outsider how important this place is to people from all around this part of the state.

We met Matt and Josh – two young men from Colt, AR. They talked about getting up early to come out to duck hunt and try to get back in time for school. They did not always make it to first period. We talked to Charles about how his son Carter and his daughter Sarah Beth enjoy hunting and fishing at Pine Tree. Sarah Beth especially loves to fish there.  Florence and Roger have lived next to Pine Tree for 62 years and love the wildlife, beauty and recreation that it has brought to them and the community. We met Keith who is a former AGFC Hunter’s Education instructor. He told us that he has hunted Pine Tree his whole life and now his wife and children hunt it with him. He loves to share his hunting knowledge with others, and he was excited to show us some big buck pictures on his phone.

Michael, who was instrumental in organizing the local community for this event, started hunting Pine Tree in 1986 at 16 years old. He chuckled and recalled that he hunted out of a 1976 Chevrolet impala back then. He has hunted there ever since (but he has a 4wd truck now).  His word of the day was “unity”. We need unity with the local community, the University of Arkansas, the Legislators and everyone who cares about public land. He reminded me that if we had not spoken up against the sale of Pine Tree we would not be here on this sunny Halloween morning because it would have already been private land.

Around 8:30 the crowd came together, the organizers were introduced, the invocation given, and teams dispersed to different areas of the property to pack out the trash. As a member of the 4-person Arkansas BHA board team, we struck out to several areas of need. The goal of course was to pick up trash and do what we could do as stewards of the land to make it better.  While exploring the property in the context of finding trash we had the opportunity to see the land the way the hunters and anglers in the local community experience it all the time. It is truly a diverse landscape with all kinds of recreational opportunities and the ability to find out-of-the-way areas that could be personal honey holes for the day or longer.

After multiple stops and truck beds full of tires, barrels, and trash bags, we headed back to the research station headquarters.  Eventually everyone returned and more stories of hunting and fishing trips were exchanged, and then we gathered for a group photo, along with the 50 or so bags of trash, 3 car tires and 2 tractor tires the group had collected in just a couple hours of work.

Everyone soon filed into a large meeting room at the headquarters. Seats were taken with some standing, all anxiously awaiting the door prizes. About 40 door prizes had been donated by 26 local restaurants, salons, outdoor stores, other businesses and individuals. It was astounding to me that with just a week’s planning so many local businesses had eagerly donated so much. After the door prizes were given out the participants slowly headed back to their vehicles, but not before we heard several more stories and were shown more pictures. We packed up our truck and struck out for the 5-hour trip back to Northwest Arkansas.

Thinking about it on the way home, it was even clearer to us how important this property is to the community that surrounds it and to the state of Arkansas. To think that we had over 40 hunters and anglers who gave up a beautiful Saturday during hunting season and college football season, from towns whose populations barely top 100 people, only speaks to the importance of this piece of public land. As we see more and more land in the state being bought up by huge farming operations and the very wealthy, our public lands become the last refuge for a large percentage of the hunters and fisherman of the state to continue doing the things they love, provide for their families, and pass down to the next generation the values and appreciation for wild places and wild things.

This is the reason we must fight to keep these public lands in public hands. Without these places, we would soon lose so much of what makes us Arkansans, and the communities that surround these public lands will lose the business and traditions that come from people enjoying these public lands.  Arkansas BHA is proud to stand with the people of St. Francis County and all Public Land Owners who enjoy Pine Tree Research Station WDA. 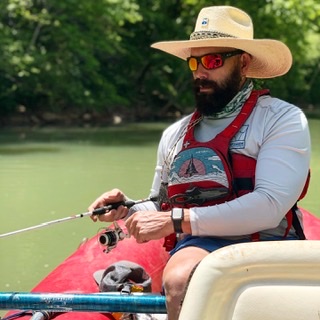 share on
See other posts related to ar news
Get the latest news and stories, right to your inbox.
Search
Local Chapters