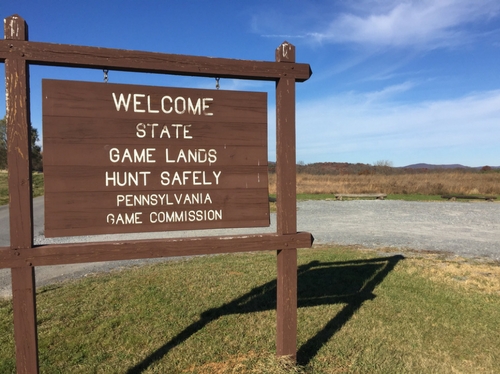 Backcountry Hunters and Anglers (BHA) holds as a basic tenet that the North American Model of Wildlife Conservation and the Public Trust Doctrine define fish and wildlife resources as the property of the people and are managed by government agencies entrusted with their stewardship. When coupled with our American legacy of public lands, this model is the foundation of science-based fish and wildlife management. The myriad successes of the North American Model have returned game and non-game species alike from the brink and furnished all Americans with the rich tapestry of wildlife we enjoy today.

Introduced by Representative David M. Maloney of Berks County, Pennsylvania HB 1483 would cast aside the North American Model of Conservation by taking wildlife management out of the hands of trained biologists and Game Commission staff and into the hands of a few special interest groups with unknown wildlife or habitat expertise. If enacted, the measure would also hand over deer and habitat management to political appointees able to act without oversight from the people of the Keystone State.

In addition to ignoring accepted and effective wildlife conservation practices and usurping the power of our Pennsylvania Game Commission, the bill would place at risk millions of dollars in federal Pittman-Robertson Act funding by improperly diverting hunting and furtaking license dollars.

Pennsylvania’s share of Pittman-Robertson funds was almost $28 million for 2017. The PA Game Commission spends Pittman-Robertson money on many different things including habitat management equipment; land acquisitions; wildlife research projects; hunter education and hunter recruitment activities; the cost of keeping buildings, roads, bridges and other infrastructure in good shape; and salaries for staff working on those things.

Needless to say, the loss of these funds would devastate conservation of game and non-game species in the Keystone State and threaten the future of hunting itself. The Pennsylvania Chapter of BHA stands in firm opposition to HB 1483 and is committed to defeating any such attempts to undermine our longstanding North American Model of Conservation and wildlife management.

We have an obligation to fish, wildlife and their habitats to build partnerships with state and federal management agencies to ensure that decisions are guided by current, peer-reviewed science rather than emotion, opinion or conjecture.

Join us in reaching out to your state representatives and ask them to oppose this or any such legislation that subverts the North American Model of Wildlife Conservation.

share on
See other posts related to the campfire Pennsylvania BHA Pennsylvania Issues Pennsylvania News
Get the latest news and stories, right to your inbox.
Search
Local Chapters