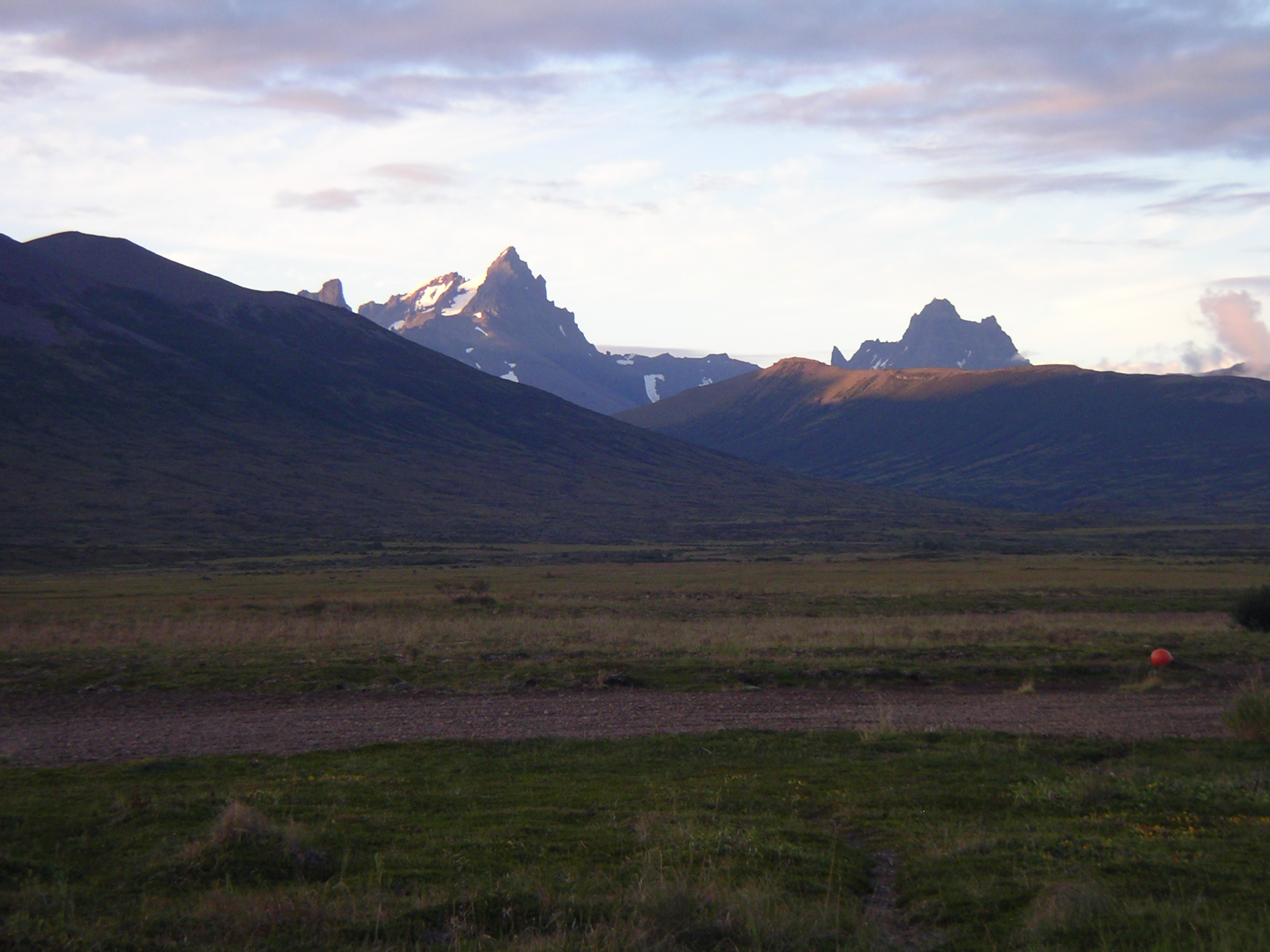 Pebble Mine: Perspective From a Lifelong Alaskan Hunter

Pebble Mine: Perspective From a Lifelong Alaskan Hunter

We are a family of hunters. As a child, I was taught to cherish, value and respect the animals we hunt and the environment in which they live. It was an easy lesson. My family's 40-acre homestead is situated within a designated wilderness, surrounded by a national wildlife refuge that adjoins Katmai National Park. I grew up sharing the wilderness with the wildest of living beings. Summers, I ran barefoot through the tundra hunting small game with my bow, spent hours fishing the streams, and trapped during winters.

The hope and promise of a game-rich land first attracted my parents to the area. And the Bristol Bay region of the Alaskan Peninsula is nothing if not game-rich. With a host of species ranging from the world's largest brown bears to herds of caribou and an abundant moose population, it was an ideal place for a young family to start a guiding business 35 years ago. But it's the wilderness that has kept our family here – a healthy, fully intact ecosystem that has allowed us to live the majority of our years surviving, thriving and enjoying this place we call home. 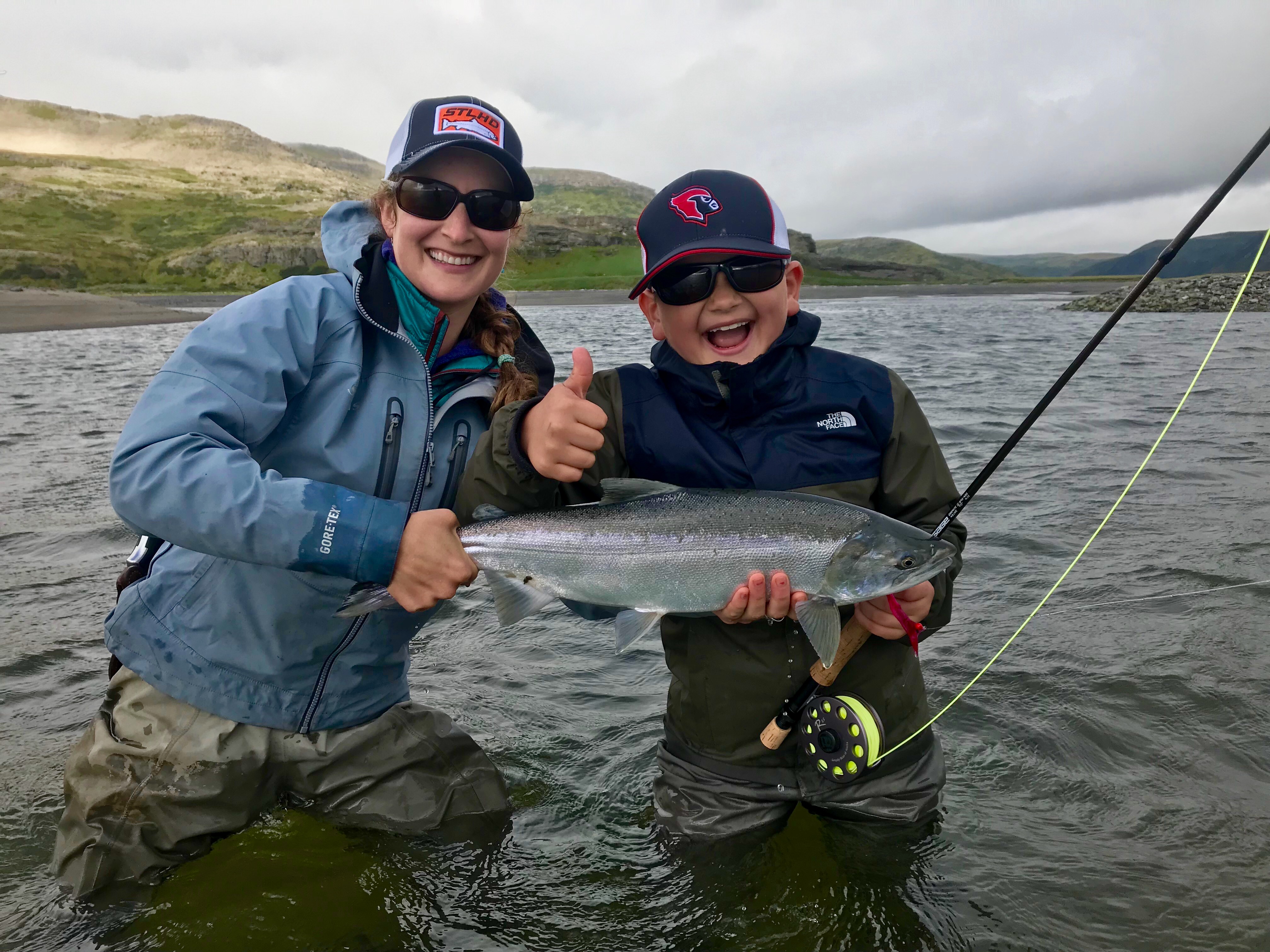 Our “lodge” is tiny. It consists of a 24-foot x 24-foot rustic main building my father built in 1987, along with a modest scattering of outbuildings constructed utilizing surplus World War II Jamesway arches. My parents still insist we paint everything "tundra brown" or "alder green" to better blend in with our surroundings. "We don't want to stand out and be an eyesore," Mom explained while covering our buildings in drab colors. When early, archaic, home-solar panels came out, my father installed them on our roof. He later invested 20 years of research and experimentation into a tiny wind generator that produces the majority of our power.

The desire to be small, sustainable and conscientious has passed from my parents to my brother and me as we slowly begin taking on the family business. The interdependence of everything is magnified out here, as is our reliance on the wildlife and wilderness that is amplified in such remote existence. But our understanding and appreciation for wild places are not shared by all. One prime example is the highly controversial proposed Pebble Mine.

Mining, like hunting, when done responsibly and sustainably, can greatly benefit our state. This country needs jobs and raw materials, an angle the Pebble Partnership isn't afraid to exploit. But the problem is location and magnitude. The foreign-owned open-pit mine has the makings to be the world's largest and would sit at the headwaters of the most massive sockeye salmon run on the planet. While it is well established that Pebble has the potential to irrevocably change the most valuable salmon fishery worldwide, what does that mean for hunters? 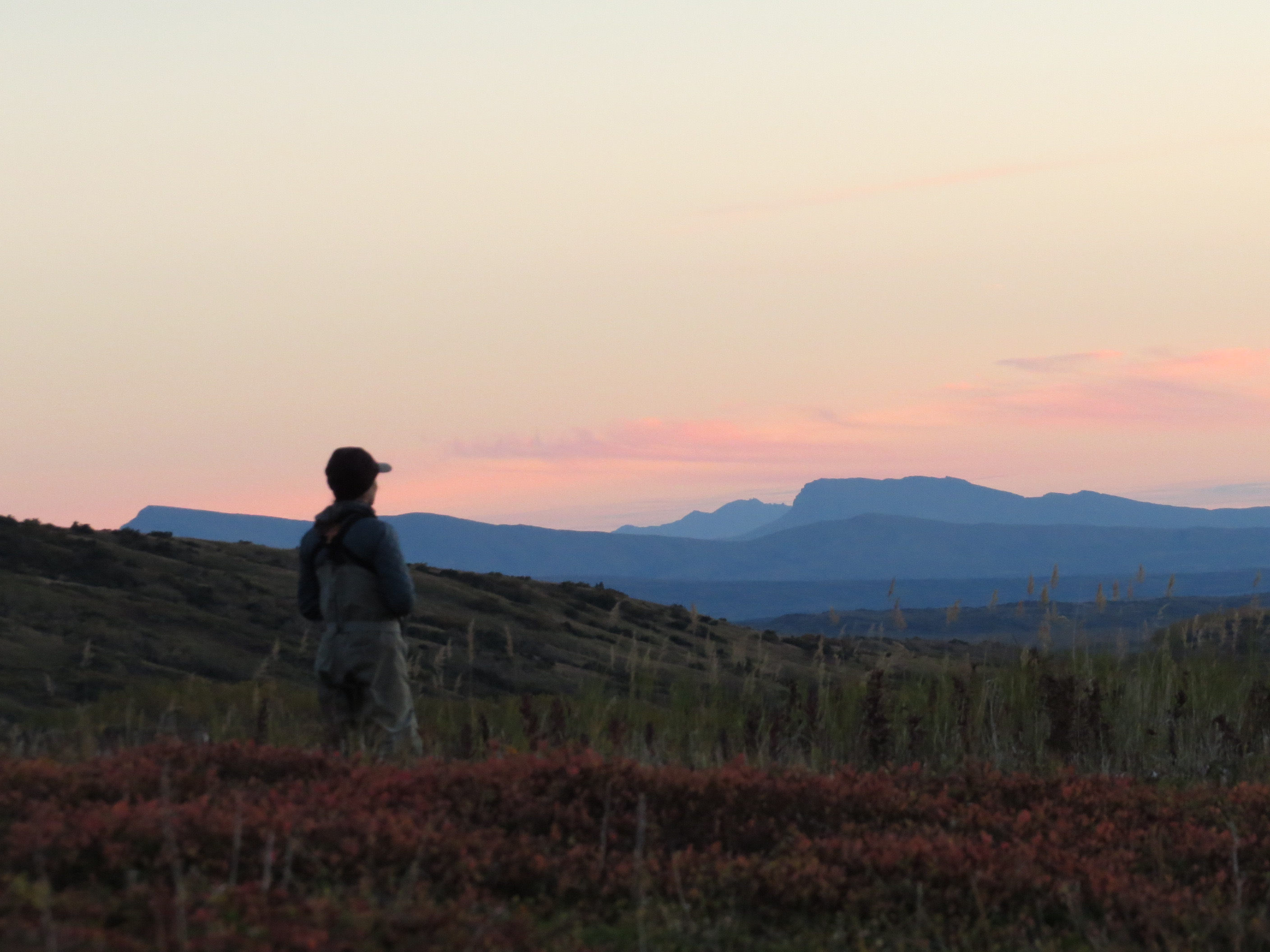 The Alaskan Peninsula is one of the world's last great game fields primarily due to the seasonable accessibility to high caloric fish for brown bears. Salmon are the lifeblood of this area. Without them, the entire region's ecosystem would slowly collapse. Even herbivores such as caribou and moose depend on salmon as the decomposing carcasses create an influx of nitrogen, enriching and fertilizing soil and vegetation surrounding the streams. A mine of this size expels billions of gallons of wastewater and would involve dams implicitly leaking toxic chemicals into surrounding waterways. Gambling that toxin-filled lakes sitting on porous soil in a seismically active area will never leak is a fool's bet. Statistically, it is a certainty. What's more is that an unintended consequence of the resource extraction involves intentional flooding of an area that reduces critical, seasonal forage – the very item that serves as sustenance for all the region's herbivores.

Along with having a rich and dependable food source, the Peninsula is also game-rich due to the millions of acres of undeveloped lands. One of the most significant threats to hunting is habitat destruction. While the environmental issues involve the entire food web, it's to say nothing of the effects such infrastructure and booming human population would have on our game. The infrastructure Pebble would build to operate would have devastating implications. One example is the proposed road, which would quickly and severely impact the bear population as it would go within 400 yards of McNeil River Bear Sanctuary. History demonstrates that once the infrastructure of roads is in place, they will be used by all, thus fragmenting habitat.

Lastly, the decline in rich hunting lands will reverberate through Alaska. Increased hunting pressure within the area will lead to the displacement of hunters and anglers and dramatically increase pressure throughout other parts of the state.

“Environmental generational amnesia” is the idea that what we perceive as pristine nature is in reality progressively degraded through the generations. Each generation thinks what they have now is the norm. But we need not look back far to see wildlife and hunting changing just within the state of Alaska. Suppose we all woke up tomorrow and fast-forwarded 100 years into the future in terms of development. In that case, I am sure many (at least hunters and nature lovers) would be appalled and horrified. But the slow progression of losing one small piece at a time of our rights, our lands and our natural resources slips by unnoticed. 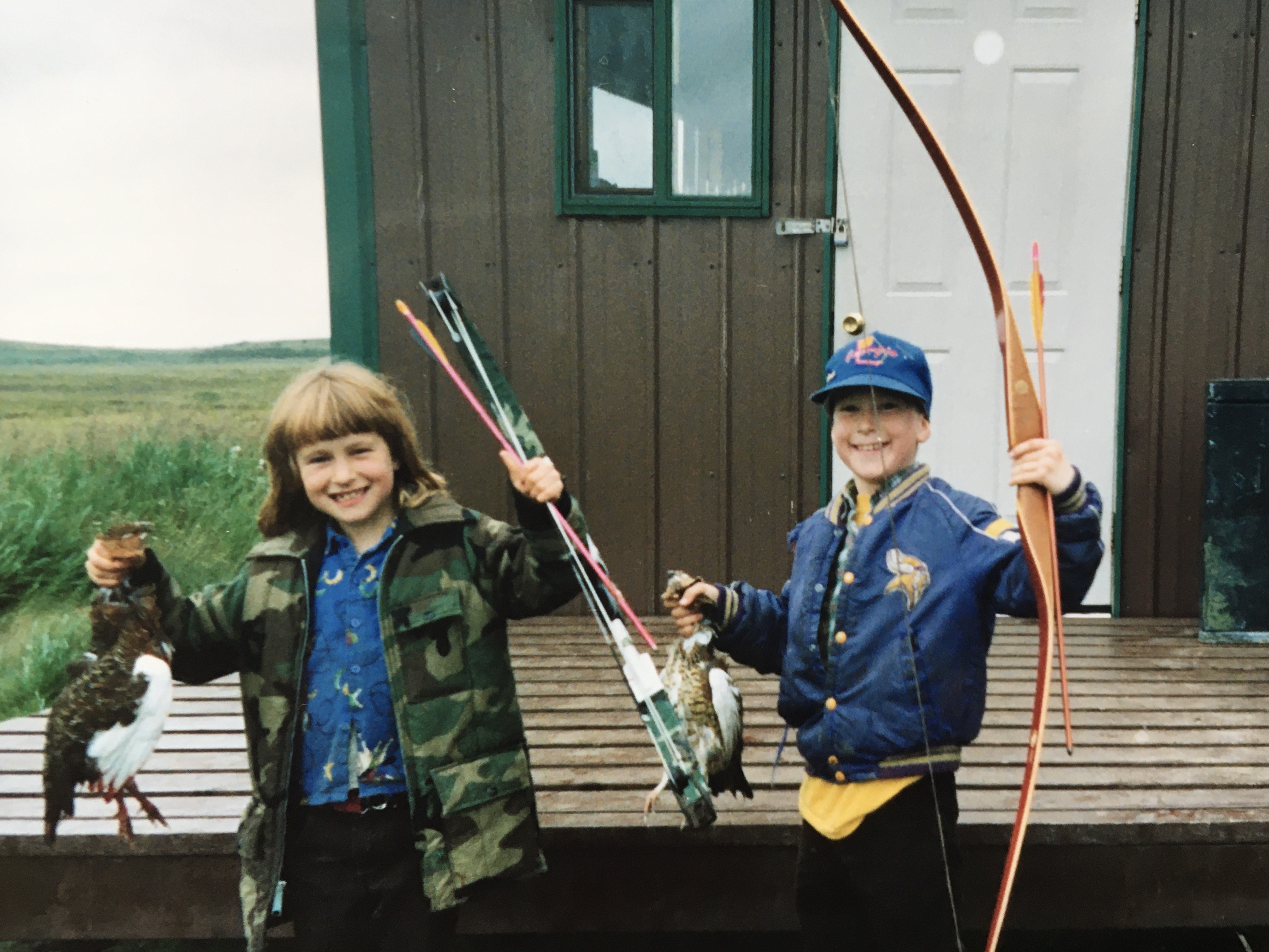 Many hunters have thumbed through the book "Last of the Great Brown Bear Men" and thought, "I wish I could have experienced hunting then!" It documents what it was like to hunt the 49th state some 70 years ago with the famed Kodiak guide Bill Pinnell and Morris Talifson. But hunting opportunities throughout parts of populated Alaska, the lower 48 and Africa (to name just a few close to my heart) are quickly diminishing. Fortunately, the Alaskan Peninsula is not one of them. There is no need for habitat restoration or animal re-introduction programs. We don't currently have a crisis affecting the largest remaining wild salmon run or the world's densest brown bear population. All we need is to retain what we have. But the irreversible damage and long-term environmental consequences the proposed mine threatens would go beyond anything the world has seen and stands to jeopardize the heart of our hunting heritage.

There is a sticker my father placed on the fridge years ago. It is a Cree prophecy that reads, "Only when the last tree has been cut down and the last fish has been caught and the last stream poisoned will we realize we cannot eat money." And my father reminds us that there will always be jobs and money, but once the world's natural treasures are exhausted, they are gone forever.

Hunting is a way of life for many Alaskans. It is one we must fight to preserve if we wish future generations to experience the same opportunities we have. And while those of us opposing Pebble have made progress, our collective work cannot stop here. The battle to secure long-lasting, durable protection is not over. Now more than ever, we need to band together to let the current administration and Congress know the only way forward is to issue permanent protection for Bristol Bay.

All photos provided by Tia Shoemaker. 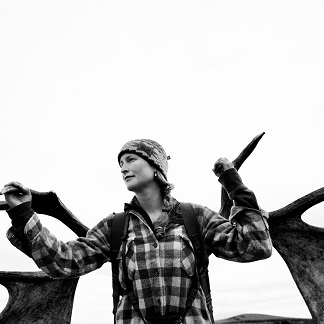