Take action to preserve hunting and fishing on Hawn's Peninsula

The Pennsylvania Chapter of Backcountry Hunters and Anglers is committed to speaking up for hunting and fishing access and habitat for wildlife and fish. We are therefore opposed to a plan by a developer from Texas to lease 400 acres of wild federal public land managed by the United States Army Corps of Engineers to build a resort on Hawn’s Peninsula along Raystown Lake in Huntingdon County, Pennsylvania. Click Here to see maps of the planned development.

If allowed, this proposal would decrease public hunting and fishing opportunity in a wild and natural setting and in part transfer control of public access to a private entity. Hawn’s Peninsula is a 400-acre tract of land that extends into the waters of Raystown Lake. Click Here for more information on Raystown Lake.

Game species inhabiting the peninsula include deer, bear, turkey and small game. The waters surrounding it provide anglers a place to chase catfish, carp, bass (including striped, largemouth, rock, and smallmouth), walleye, muskellunge, trout, Atlantic salmon, and a host of panfish. In addition, the peninsula is classified as shale barrens, a habitat type that supports rare species of plants and animals. As such it is included in the Raystown Dam Natural Heritage Area identified by the Huntingdon County Natural Heritage Inventory. 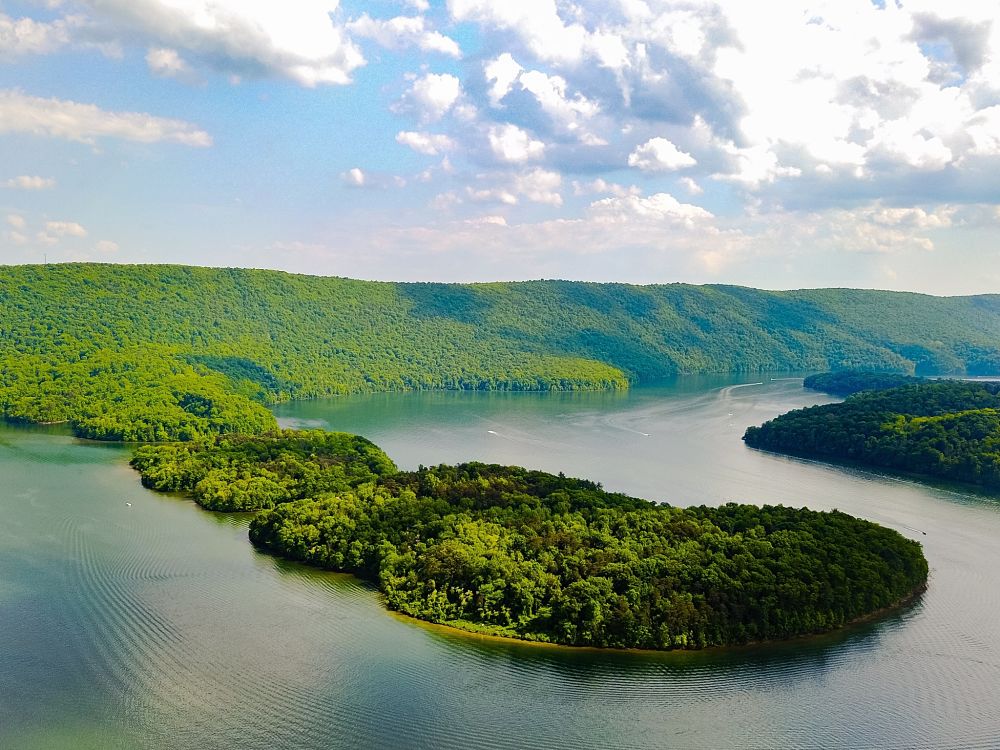 The developer proposes to construct a restaurant, a 150-slip marina, cabins, campsites, hiking trails, an environmental learning center and more on the peninsula. The proposed development would likely make the whole of Hawn’s Peninsula off limits to hunting due to Pennsylvania’s Safety Zone regulations and would negatively impact angling opportunities and flora and fauna through direct habitat loss and indirectly through the increased disturbance by visitors to the proposed development.

The USACE is currently working on a revision of the Master Plan for Raystown Lake, which is why voicing opposition now is key. The current plan is over 20 years old and is being updated. This is the second time the developer is seeking approval to build on Hawn’s Peninsula. The first application was rejected by the USACE because it was disallowed by the master plan. The Master Plan being written now could allow the development to go forward.

The Pennsylvania Chapter of Backcountry Hunters and Anglers opposes the developer’s plan as does The Coalition to Protect Hawn’s Peninsula, PA Striped Bass Association, and the Juniata Valley Audubon Society.

You can also visit the sites listed below for more information and to support the collective voices opposed to the development:
Juniata Valley Audubon
Coalition to Protect Hawn's Peninsula
Huntingdon County Natural Heritage Inventory