Come celebrate the most successful reintroduction of a game species in North America.  Arkansas was once known as “The Bear State” but by the 1930’s black bears had been virtually extirpated from the state.  From the late 1950’s through the 60’s, 256 bears were relocated to Arkansas from Minnesota and Canada.  From those initial efforts, black bear populations have thrived and expanded into Oklahoma and Missouri.

The day’s events will include:

Purchase entries into the Bear Facts Quiz game for an opportunity to win valuable prizes throughout the day.  This will be an interactive event with plenty of chances to ask questions and learn about the Icon of North America. 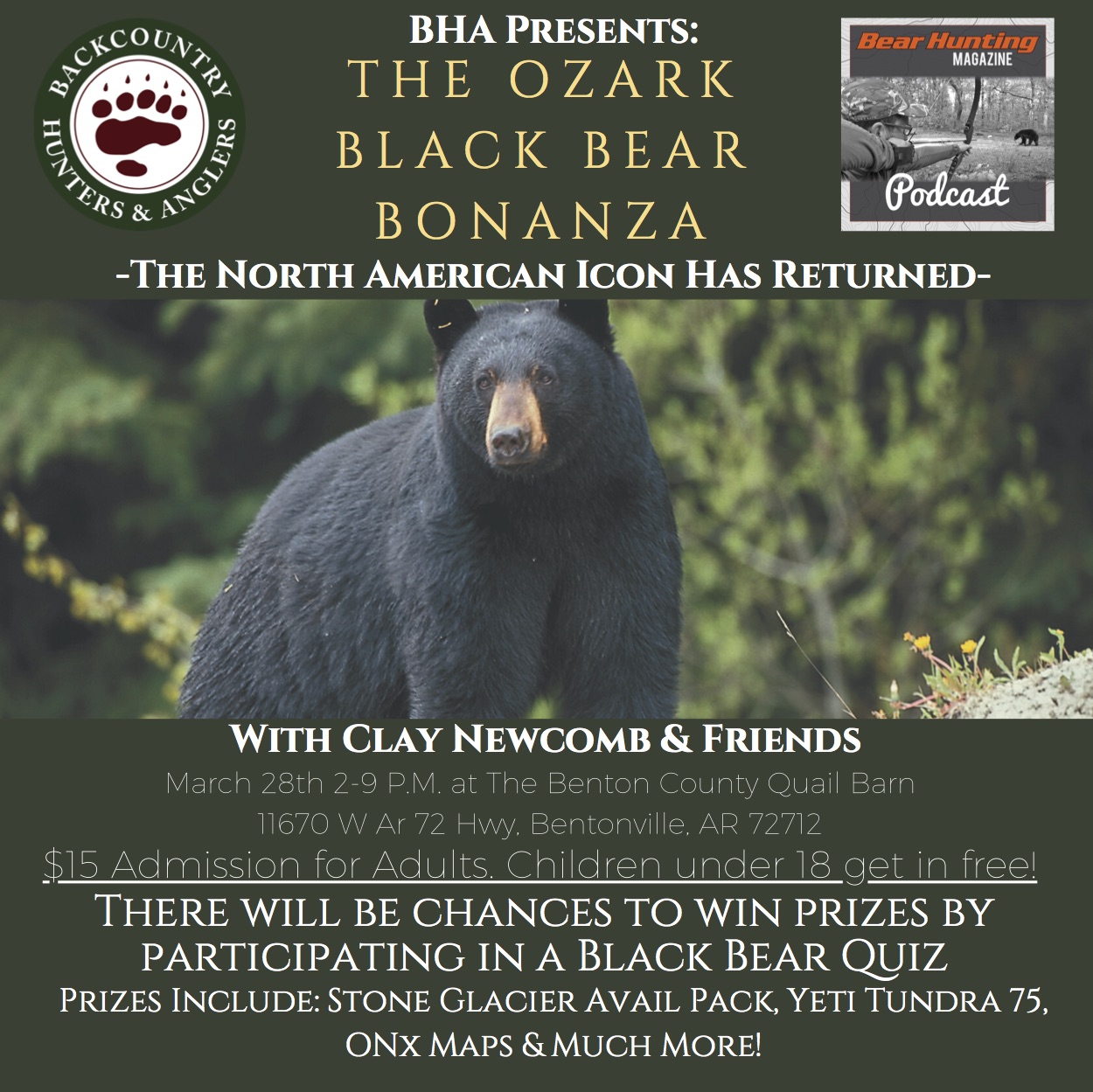 Brad Green
share on
Get the latest news and stories, right to your inbox.
Search
Local Chapters