Since the now-infamous program was discovered by wealthy, out-of-state landowners like the Texas-based Wilks Brothers, FWP's public elk hunting access agreements have become a point of great contention.

The intent of these agreements (colloquially known as 454 agreements) is something to celebrate. They began in 2001 as elk management tools that increased public access and opportunity while providing cooperating landowners with coveted licenses and permits to hunt their own land. Importantly, they prohibited landowners from selling these permits.

The agreements were seldom used, however. 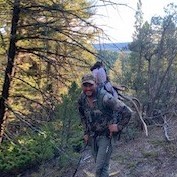