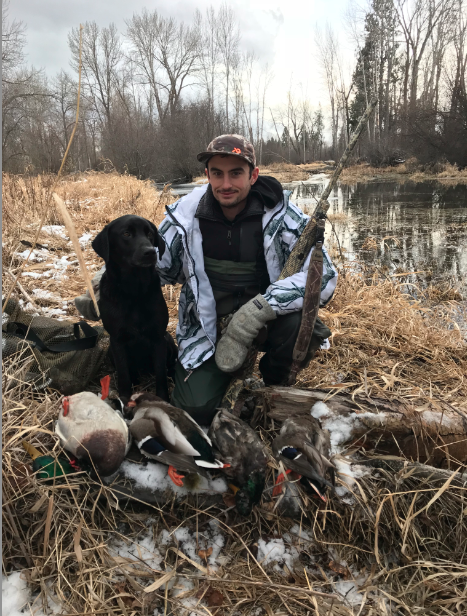 A third-generation Montanan, Dylan was reared and raised among the wonders of the Big Sky State. As a child in Arlee on the Flathead Indian Reservation, he spent many a day with his father exploring the natural resources of the valley that surrounded them. From fishing for his first trout along the Jocko River to picking huckleberries up many a winding mountain road and hiking up rocky paths into high mountain lakes, the landscape was always there to guide him as he grew.These experiences fostered a deep appreciation for public lands and a passion for adventuring. To this day he fills his time by surfing wild rivers year round, hunting turkeys and waterfowl with his dad, and backpacking up into the mountains with his buddies. He knows the value of the outdoors because he is a product of their influence. That’s why he wants to protect them, to raise awareness, to be a steward of the wild.On the rare occasion that Dylan isn’t out and about exploring the great outdoors, you can most likely find him playing pond hockey, dog-sitting his parents’ two Labs, or spending time researching his next big adventure over an endless carafe of black coffee.