“From the beginning BHA has been an all-encompassing group, appealing to anyone who recreates on public land. It’s a great venue to start bridging gaps and bringing people together to make big differences in the realm of wildlife, conservation and public land.” –Kylie Schumacher, Colorado BHA Northern Colo. Group Regional Director 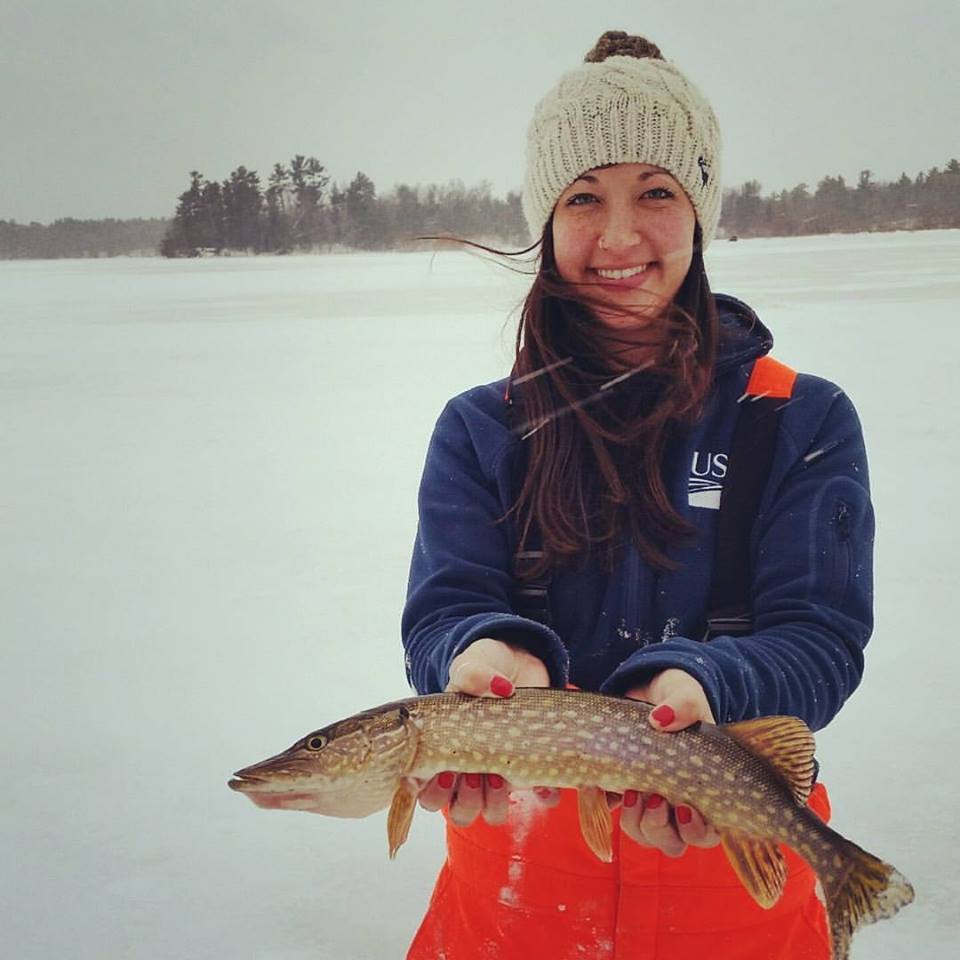 Kylie was raised among the cornfields of Bloomington, Illinois, and is an adult-onset hunter. “Pursuing a career in wildlife, I took hunter’s ed primarily as a resume booster,” she says. “As I continued on in the wildlife field, I got more interested in hunting … I went on my first big game hunt in 2017 for mule deer and left with a passion to learn more about the lands and animals that sustain us.”

“I think it can be particularly difficult getting into hunting and finding a good mentor as an adult female,” Kylie explained. Her boyfriend, who grew up hunting Wisconsin whitetails, is her hunting mentor. “He has let me tag along on his hunts, guided me through my first hunt, answers all my questions and continues to support my growing passion,” she added. “My goal is to get comfortable enough hunting that I can be a mentor to other women who, like me, do not come from a hunting or angling background or who are just interested in giving it a try.”

Kylie graduated from Colorado State University with a degree in Zoology and works for the USDA’s National Wildlife Disease Program (NWDP). “Our program conducts national surveillance for diseases of concern to humans, wildlife and livestock, with our most well-known project being avian influenza,” she said. “Although our program is not involved in CWD, I hope to do graduate work on it in the future.”

Having chosen a wildlife-related career, Kylie’s biggest interest is communication: “Communicating about wildlife, conservation, hunting, public access and why these are all so important,” she says. Kylie lives in Fort Collins and is the proud owner of a Bergara .30-06, but also plans on taking up bowhunting. “The places big game hunting takes you are truly incredible places I might not ever see otherwise,” she explained. “I also like the challenge of big game hunting, even though it kicks my ass sometimes. I’d like to get into waterfowl hunting and fly fishing in the future as well.”

Kylie joined BHA at the 2017 Full Draw Film Tour, hoping to win “a sweet knife,” she said, and had no idea what BHA was at the time. “I didn’t win the knife, but came to passionately support BHA’s mission and work.” Since becoming a member she’s attended the BHA North American Rendezvous, helped procure donations from local businesses for events, volunteered at the Wild Game Cookoffand Filson Campfire Stories, attended the Beer & Gearfor Backcountry event and organized a Colorado Public Lands Day (May 19) shooting area cleanup.

“I have a pocket full of ideas for future events and a passion to spread the work of BHA,” Kylie says. “From the beginning BHA has been an all-encompassing group, appealing to anyone who recreates on public land. It’s a great venue to start bridging gaps and bringing people together to make big differences in the realm of wildlife, conservation and public land.” Contact Kylie at: [email protected]. 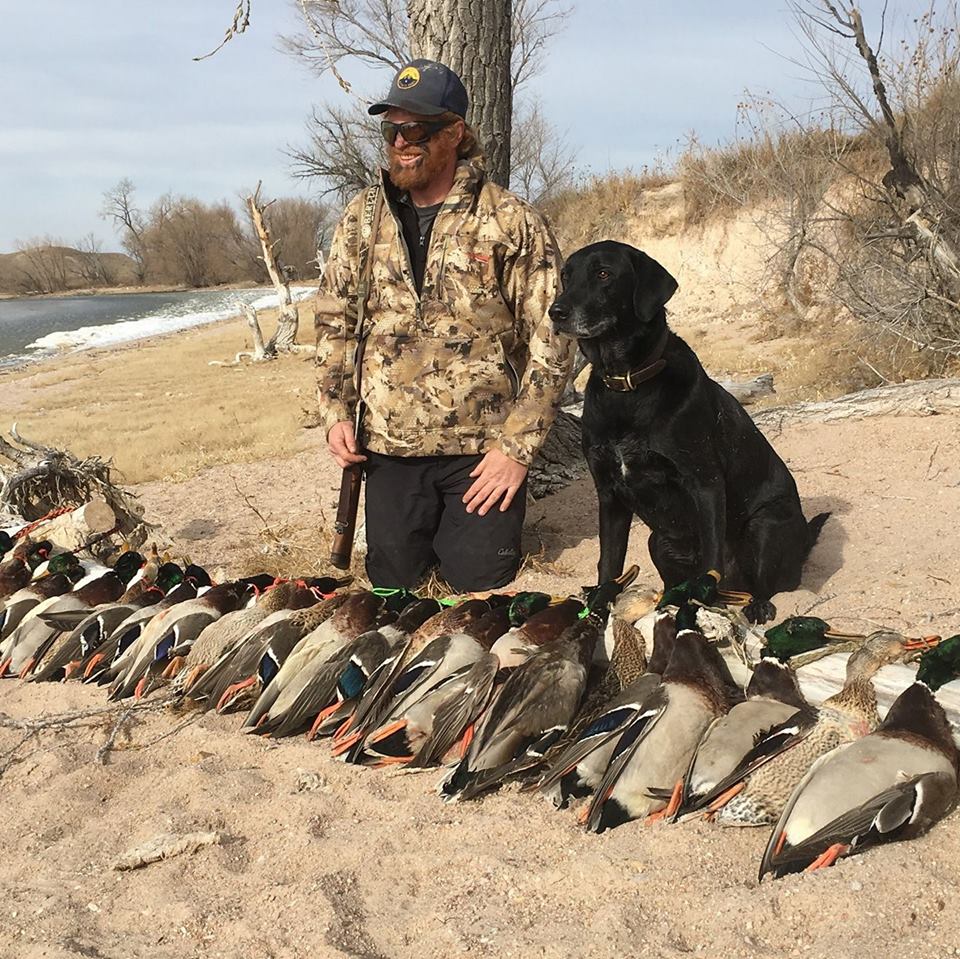 Justin was born and raised in Fort Collins, Colorado. “I started fishing as long ago as I can remember with my grandfather and uncles,” he said. “Growing up I would watch ‘Hunting with Hank’ every Saturday and fell in love with bird dogs and signed up for Hunter Safety. From there I jumped at every chance to get out in the field and was lucky enough to have a couple of junior high school friends who were from hunting families.”

“One of my best friend’s dad, Jim Keller, took me to South Dakota to pheasant hunt in high school and hosted me in their goose pit every weekend growing up,” Justin says. “This access and mentoring really paved the way for me to become passionate about hunting.” Justin is also an angler, but he’s first and foremost a duck hunter. More recently, he’s started archery elk hunting. “I love talking to game!” he said.

After high school Justin graduated from Culinary School at Johnson and Wales and then Colorado State University (CSU) with a degree in Restaurant Management. Following college, he transitioned out of the restaurant industry and worked for a recruiting firm and, then, OtterBox for three years as a Senior Recruiter. He’s been with New Belgium Brewingfor the last five years, first as a Senior Recruiter and currently as Recruiting and Workforce Planning Manager. Justin has also volunteered for multiple non-profits, including networking and fundraising roles for Ducks Unlimited, Respite Care, Colorado Golf Association and Easter Seals.

Justin joined BHA after his first archery elk season. “I have been an avid duck hunter and fly fisher for 20-plus years, but my pursuit and newfound obsession of bugling bulls in our many public land mountain drainages really spurred my desire to be more active in public lands advocacy,” he said. “After a year of reading the Backcountry Journal and listening to Land Tawney’s Podcast I talked to Colorado BHA’s Front Range Sponsor/Events Coordinator, Russell Bassett, about hosting a Pint Night and creating a relationship with New Belgium Brewing Co. This has been a great success!”

Justin lives with his wife and three bird dogs on a small acreage in Livermore backing up to one of Colorado’s State Wildlife Areas. In Justin’s words: “I am a husband to a beautiful wife who enjoys fly-fishing on our public lands and am a dad to a pack of three great bird dogs.” Contact Justin at: [email protected].